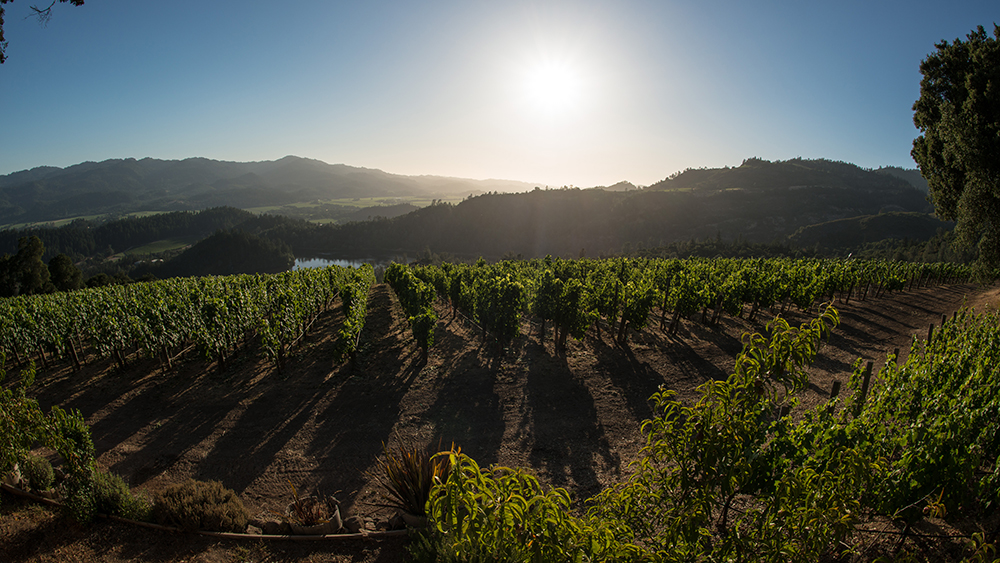 Critics of wine critics love to rant on about how the most influential point-givers (read: Robert Parker Jr.) have pushed winemaking worldwide toward their personal taste, flattening distinctive regional differences and creating a generic international wine style. More specifically, they’re referring to a preference for gobs of rich fruit flavors in reds, leading vintners to let the grapes hang on the vine late into harvest until sugar levels spike, resulting in generic rich, ripe, red wine (so the critics say). The loudest objections of all are reserved for Napa Valley’s Cabernet Sauvignons.

No matter where your taste falls on the spectrum of hedonistically ripe reds on the one end, or elegantly lean ones on the other, it’s true that Napa Cabernets have set the bar on, shall we say, generous versions of the Bordeaux varieties, wines whose lush fruit does not play hard to get. How so many winemakers seem to manage that while still achieving reasonable balance, freshness, elegance, and ageability in their wines is fodder for another story—a controversial tale of tools and manipulations.

Or, it’s a story about Napa’s mountain wines. In the sub-AVAs flanking the valley above 1,400 feet, comprising the peaks in the Vaca Range on the east and in the Mayacamas to the west, soils, high-altitude temperatures, and strong UV rays seem to encourage varying degrees of structural grip (critical to longevity) and natural concentration of fruit flavors. Look for compelling power and balance at once from the maverick makers on the six mountains (clockwise from the southeast): Atlas Peak, Pritchard Hill, Howell Mountain, Diamond Mountain District, Spring Mountain District, and Mount Veeder. (If you thought there were only five mountain AVAs in Napa, you’re right, of course. Pritchard Hill isn’t one, but such a prestigious address—Chappellet, Continuum, Colgin, Ovid—can’t be skipped in this story.)

There’s also a marked diversion of winemaking styles on these slopes. A recent tasting of a pair of top bottles from each region (part of the California Dreamin’ tour for 50 Masters of Wine from around the world) made it abundantly clear that winemakers in Napa Valley are not uniformly succumbing to perceived critics’ taste. They are following their own styles, making complicated decisions about when to pick for ripeness and how much new oak their fruit can (or should) bear. Some do veer toward leaner, Old World character; others juggle the New World’s generous ripeness shrewdly. Here’s the lineup—in broad strokes, with the leaner, older-school bottle first in each case. But this isn’t a simple old-school, new-school split: There’s a bottle for everyone here.

Dyer Vineyard 2014 Cabernet Sauvignon ($89). Soaring floral and spice aromatics come from the Cabernet Franc included here, while dark cherry and cassis flavors are delivered with flint and savory herbs against a backdrop of unique energy in texture and structure.

Lokoya 2014 Cabernet Sauvignon ($375). Here’s a balance of modern luxuriousness and mountain grip. Dark cherry and mocha are wound together with beautiful floral aromas and spice.

Mayacamas 2014 Cabernet Sauvignon ($125). Stony underpinnings, firm tannins, and an intriguing herbal edge bring Old World character—and longevity—to this one. With only neutral oak treatment, the lively red fruit and bright acidity are pure but rambunctious. Give this one a few years.

Edge Hill Abel 1833 Cabernet Sauvignon from Rudd ($250). Rudd’s Abel 1833 manages to be modern and old school at once, with generous fruit backed by some rugged tannins. Fresh mint, cedar, and oak spice are complexly layered with beautiful black and blue fruit.