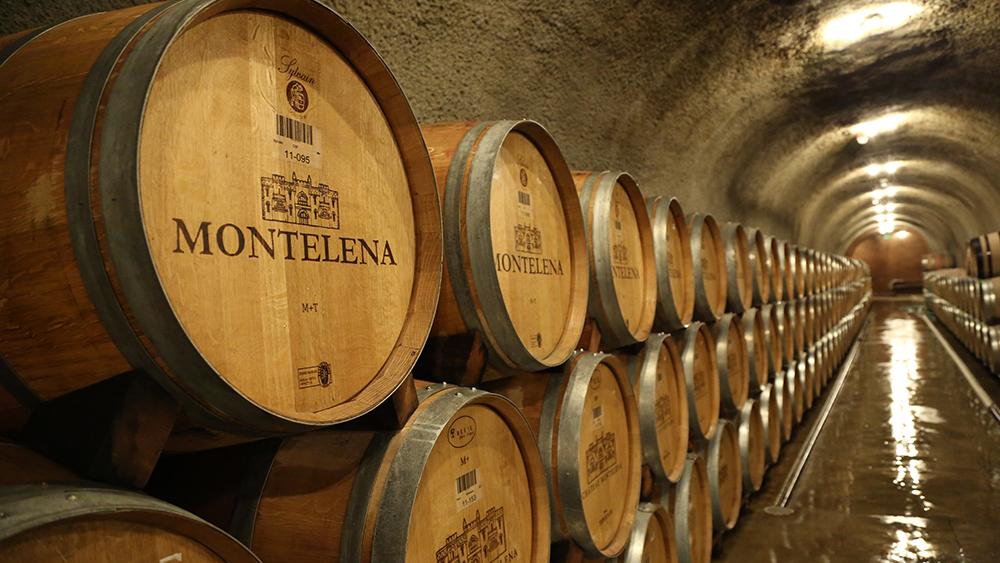 It’s hardly a spoiler alert to mention that a Chardonnay from Chateau Montelena beat out Burgundy’s top whites in a blind tasting involving only French judges … 43 years ago at the now-infamous “Judgment of Paris.” We all know that tale. And for wine lovers, it’s a given that the honor catapulted Jim Barrett’s castle-housed winery into a Napa icon, on both the white and the red wine fronts. Through the decades, though, iconic status can be taken for granted, become part of the wallpaper of the region. And, to be honest, icons can rest on their laurels.

“The risk,” says Montelena winemaker Matt Crafton, “when the farm’s paid off and you have a healthy wine club and plenty of recognition, is that it’s easy to be complacent.” But Crafton rejects that path by accepting a simple truth every year about his wines: “I could have done this better.” Fully in charge starting with the 2015 vintage, with a hunger to explore how (to do it better), he had the pivotal conversation with Jim’s son, Bo Barrett, now CEO (and longtime winemaker himself). And as it turns out, the younger Barrett was not content with coasting either. “Fired up” is the way Crafton describes him, about the wave of improvements they’ve set in motion, in the vineyard and in the cellar.

As Crafton sees it, the business of Chateau Montelena hinges entirely on what ends up in the glass. “We’re real. There’s no oil money here. Every dollar comes from someone pulling a cork, so we have to think about making a delicious bottle.” That’s as opposed to marketing smoke and mirrors. “We’re not a hip, trendy brand,” he says. “But we don’t need to be. The DNA here is unique.”

For starters, Barrett and Crafton are overseeing the largest vineyard replanting in the winery’s history. (In France, Barrett maintains, it takes three plantings to get it right.) Row orientation, rootstocks, the right clones in the right places, the number of vines per acre the land can support … no stony question is being left unturned. “These are irreversible decisions,” says Crafton, “but we’re not afraid to swing the bat. We’re building a foundation for the future here.”

On the winemaking side, Crafton comes off as a bit of a mad scientist. R&D takes the form of quantifying everything—inventing matrices to document measurables. The data, in turn, prompts questions. Where are the wines headed? What makes certain vineyard blocks great? “You just have to figure out the right questions,” he says.

Lurking behind the quest is a piece of advice he got from Heidi Barrett, Bo’s wife and legendary winemaker (of Screaming Eagle, Dalle Valle, Amuse Bouche, Paradigm, and Au Sommet fame, among others): “Paint with all the colors.” It would seem that, with new vineyards coming online and winemaking tools and practices evolving, Crafton’s color palette is expanding exponentially.

What’s perhaps evolving less vigorously—by design—is the well-established ageability of Chateau Montelena wines. In fact, Crafton says, he’s drawn to the slight rusticity, angularity, of the earlier wines when they were young; they developed character and complexity as they unwound through the years. And he hints that they’re heading back that direction.

The good news is that consumers will now have access to these wines as they age. A substantial library has been held back. (As Crafton says, “Jim always wanted to be able to sell someone a 10-year-old bottle of wine.”) And with each new release of Cabernet, the corresponding 10-year-old will be released as well. With Chardonnay, the spread will be 5 years. So, for instance, with the 2014 flagship Cabernet Sauvignon in the market now ($160), the 2004 is also available ($250). For the record, it’s fresh and briary, dense and intense, with tons of gorgeous red and black fruit and rich textures.

This spring the 2015 will be released (also $160)—a little rambunctious in its youth (that rusticity showing), but layered with violet aromas, intense ripe berry flavors, and oak structure. The 2005 ($225), which will share that release, leans a little to the savory side with herbal notes. At the same time, it’s generous, powerful, and plush, with easy-drinking ripe fruit.

A taste of Montelena’s past isn’t limited to current releases, though. According to Crafton, “you can come to the tasting room and say, ‘I want a 3-liter of 1992,’ and we can sell it to you.” For $1,200. A recent tasting of back vintages in magnum (available, I’m told) suggests mining for history here would be a very good idea. The 1976 Cabernet (the first vintage) is proof-positive of aging potential. With great color still, it delivers layers of dried cherry, flint, perfumed sachet, spice, and integrated oak. The 1983 still harbors juicy berry flavors, along with savory loam and dried herbs, with youthful density and tension. And the 1995 comes in with softer textures, leather, plum, and aromas that border on exotic (probably the result of brettanomyces, which Crafton admits got out of hand in the ’90s but which they’ve since brought under control).

The estate does have a few bottles left of the 1973 Chardonnay that won the Judgement of Paris. But just a few, and they, unfortunately, are not for sale. But just to know what it might look like if it were for sale: In the past, one sold at auction at $110,000.

Sharing these unique look-backs is a strategic connection going forward, to Chateau Montelena of the past, just a little more intentional. “The ageability piece …” muses Crafton, “It’s who we are now instead of just what we did.”