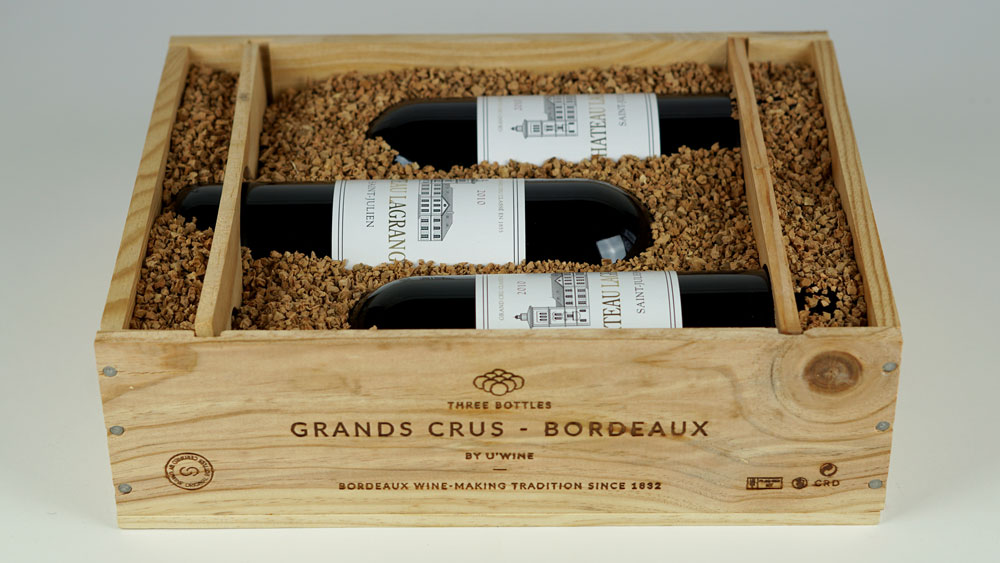 Do your wine cellar ambitions run to Grand Cru levels? Have they evolved  beyond pleasure, all the way to investment? A source with direct connections to France’s best bottles, and the technology to manage them and track their value in real time would be just the thing. Oh, and maybe the ability to set you up on a private tour of Bordeaux’s top châteaux now and then. U’Wine Bordeaux is a full-service operation that can do all that.

Founded by Thomas Hébrard, whose father and grandfather made wine, U’Wine is a négociant company (it aggregates the output of small winemakers to sell the resulting wine under its own name) launched to manage private cellars all over the world. But it aims higher than that—to making an exclusive percentage of Grand Crus available to clients, and to give those clients access to the properties and château owners themselves.

Early on, Hébrard discovered the investment potential of France’s en primeur system—buying wine before it’s bottled and taking advantage of its appreciation to sell at a profit. Indeed, he found, it could finance his own Grand Cru consumption. Now U’Wine has the ability to give its members access to en primeur barrel tastings, something otherwise exclusive to the wine trade and media. The company also has a proprietary app that gives customers constant access to their inventory and updates bottle values often.

Just getting started? The team will advise on creating a cellar. And because of their personal relationships with top châteaux—including Cheval Blanc, Smith Haut Lafitte, Dassault, and Pape Clément—they offer terrific tours for members, for an inside look at the wines’ value and history.

A typical two-day tour—a part of the “U’Wine Experience”—includes three châteaux visits the first day, plus dinner, and three visits the second day, including lunch hosted by a château owner. A recent trip dropped in on Château Pichon Baron, Les Carmes Haut-Brion, Pape Clément, and Smith Haut Lafitte (which is where lunch was served).

U’Wine welcomes two kinds of members—those who order from the inventory of Grands Crus available in their app store, and those who want to create an investment cellar. Both are welcome on tours, which are priced at 500 euros for the former (who spend between 5,000 and 20,000 euros), and are free to the latter (with a minimum 20,000 euro spend).