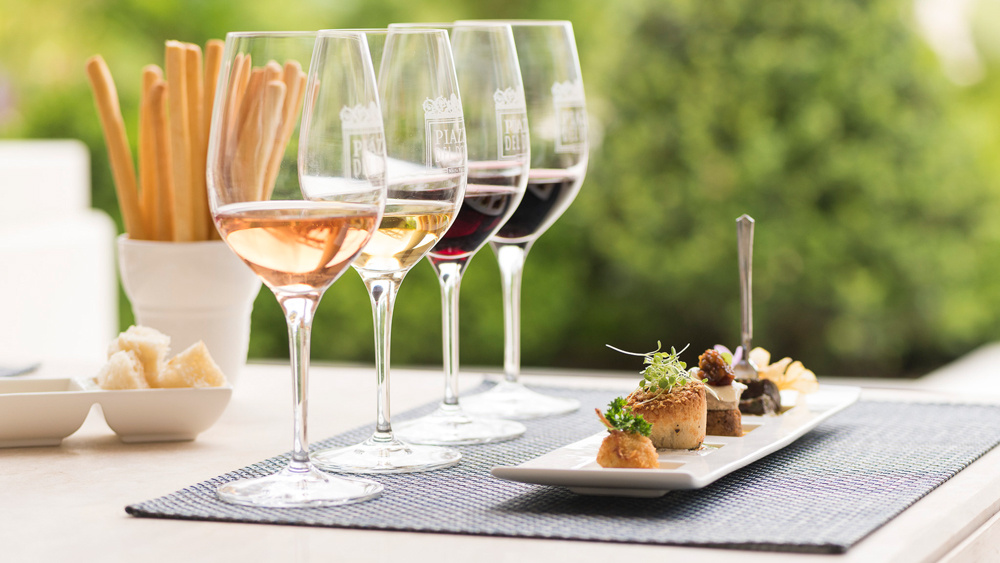 For two years running, Mother Nature hasn’t been much of a friend to Northern California’s wine country. During the most appealing time to make a visit—harvest and late fall, when fermenters are full and cellars humming—fire and smoke have kept many would-be revelers away. This is a shame on so many fronts, not the least of which is that in spite of the personal toll exacted on some in the wine communities (in 2017 especially), new winery projects have barreled on, so to speak.

And a whole lineup of new tasting rooms in both Napa Valley and Sonoma County (and beyond, of course) make this a spectacular time to get back to discover your next favorite vineyard and producer. Here are some new spots on our short bucket list for early 2019, which we’ve helpfully grouped by Napa, Sonoma, and Central Coast to help your holiday trip planning.

Just a stone’s throw off Highway 29 north of the city of Napa itself, Ashes & Diamonds has already become the hot spot for young, styled-out tasters. With a modern, casual vibe, the sleek new space skips pretense altogether in its seated tastings paired with nibbles. The wines themselves veer from riper, high-alcohol Napa norms, with freshness and liveliness.

The historic St. Helena home of AXR Napa Valley (whose winemaking is overseen by critically acclaimed consulting winemaker Jean Hoefliger) has been at times a brewery, restaurant, inn, winery, and saloon. Against a backdrop here of wilder, pioneering times in the West, though, the wines show Napa at its modern best, including a Beckstoffer To Kalon red among several single-vineyard bottles.

On the east side of the valley, Clos Du Val—a familiar fixture on Silverado Trail—has been undergoing a renaissance over the last few years, and its new Hirondelle House, abutting the winery, caps the evolution. Tasting in the light-filled space is akin to sipping in a modern home but with touches that reach back in time, like the paneling devised from large oak staves from old fermentation tanks. Fittingly, the winery is giving guests access to older library wines as well, to taste the evolution in real time.

In the works for a very long time, Piazza Del Dotto Winery & Caves is now open for visitors. A handsome Italianate welcome center is surrounded by fountains, gardens, and vineyards. But it’s the marble-lined caves you’ll want to see here. Make an appointment for the “Delicacies,”, and you’ll start with a barrel tasting there, followed by more wines and food pairings.

Every bit as much an art museum as a winery, Donum is a must-see, for its passion on both fronts. A world-class international contemporary sculpture collection is installed throughout the 200-acre estate, stopping you in your tracks with works by the likes of Zhan Wang that offer a riveting, if anomalous, perspective on the place. The single-vineyard Pinot Noirs here are legendary, doing their own part to extend that sense of place.

Like Donum, GrapeSeed offers a unique nexus of wine and art. Not a single producer, GrapeSeed is a community of wine artisans—some very well known—whose bottles are available under the larger brand. And various combinations of their wines are available to taste in the 8,000-square-foot Paul Mahder Gallery in Healdsburg (the largest gallery north of Los Angeles, in fact). Tastings are seated, themed, and customized to your interest. They can be combined with a gallery tour led by Paul Mahder himself.

When a brand that is also a legend undertakes a new winery, there’s no small pressure to “get it right” on so many fronts: sheer beauty, creative design, and—more than ever now—earth-friendly materials and practices. Silver Oak Alexander Valley is a model achievement on all fronts. As grandly as the winery frames its vineyard site, it also sits lightly on the land. Materials feel organic, down to reclaimed redwood siding salvaged from 1930s wine tanks (later disassembled by Robert Mondavi). Systems have been put into place that will ultimately render production here net positive for both energy and water use. And the wine? Well, it’s still legendary.

It could be argued that Justin’s “Isosceles” Bordeaux blend helped cement Paso Robles as a region for connoisseurs in the late 80s. And with a restaurant and inn, the winery went on to provide some of the most gracious hospitality around. Now, Justin has brought its wines to a new downtown tasting room, right on the city park. While the building might be part of history on this old-California town square, the interior is smartly modern. And there are some tasty treats to be had with the signature wines here—a tasting menu or rotating à la carte choices (they do have the resource of that fresh ingredient–driven restaurant, after all).