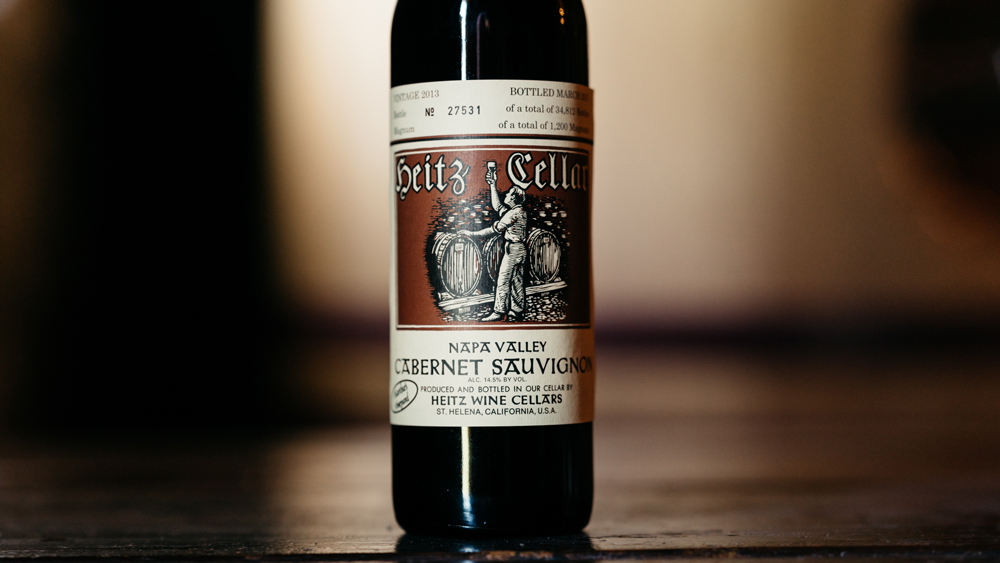 In the 1960s, when Joe Heitz raised the price of his wine to $9, people thought he’d gone mad. His reported response? “Would an artist base his price on the cost of the paint and brushes?”

Of course, Napa Valley wineries long ago came over to Heitz’s way of thinking on the pricing front. And in fact, much of Napa’s winemaking in the decades after Joe Heitz launched his namesake winery in 1961 followed his larger-than-life footprints—not the least of which was creating Napa Valley’s first single-vineyard-designated Cabernet Sauvignon: the legendary Martha’s Vineyard.

This year marks a sea change for the more than 50-year-old icon—a turnover in ownership. Still, in an industry that delivers weekly news of megacorporations swallowing micro-corporations and family businesses facing agonizing succession decisions, the fate of Heitz Cellar (the plural has been dropped) seems rather gentle. This is the holy grail of a family-to-family sale—values shared, wine style respected.

It’s also a reminder that the glamorous world of wine is, at heart, a matter of agriculture. Joe Heitz and his children—who managed the business after him—understood that their more than 400 acres of Napa vineyards backed the quality of every bottle of signature-style Heitz wine. And farming those vineyards, it would seem, was the lure for new owner Gaylon Lawrence and his family, steeped in agriculture themselves.

To be sure, there were no vines in the extensive Lawrence portfolio until this year. Westin Lawrence, Gaylon’s daughter, who is quickly becoming the young new face of Heitz Cellar, describes the family business: “Before we took the plunge into the wine world, we were mainly focused on cotton, soybeans, and rice in the southeastern part of the United States.” It was Westin, in fact, who “discovered” Napa Valley for the family, exchanging cotton fields in the east for vineyards in the west, and immersing herself at the Culinary Institute of America in St. Helena. “When my family began visiting me,” she says, “they quickly felt the same love. My father was fascinated by the vines and the passion that the community held for them. People in the valley live and breathe vineyards, vines, grapes, and wine. The estate vineyards of Heitz were a major reason for our decision because, at heart, we really are just farmers. We love the land.”

Of course, with the changing of the proverbial guard at a beloved heritage cellar like Heitz, one question invariably hangs in the air: How will the brand morph and evolve under the new ownership? Reassuringly, winemaker Brittany Sherwood—installed at the helm of production by second-generation Kathleen Heitz Meyers and David Heitz—remains, and she fervently advocates for the wine style that seems like something of a throwback now to earlier days. (Not yet 30 herself, Sherwood completes the now very young face of the venerable winery.) It’s a style that demands patience. “We’ve always been known for our classic, age-worthy wines,” she says. “Our balanced, lower-pH wines [meaning their acidity levels are higher] with extended aging in oak barrels make them stand out. There’s a purity, finesse, and elegance to a wine crafted with vineyard character preserved, and when it can spend five years in a combination of oak tanks, oak barrels, and bottle before it’s released. That’s a rare find, especially in Napa Valley.”

Of course, no winemaker—especially a new owner—turns down an infusion of investment in the cause of ever-better wines. “New technology and equipment will give us the tools to keep an even closer eye on the wines as they’re produced, aged, and bottled—allowing us to react faster, make more informed decisions, and be even more detail-oriented. We aren’t trying to reinvent the wheel, but doesn’t everyone like an upgrade?”

Sherwood’s optimism about the path forward—about “writing our new history,” as she puts it—is palpable. “Oh gosh,” she says, “how long do you have? I’m beyond excited. A renewed emphasis on quality, access to incredible fruit, new technology and equipment make for one very happy winemaker!”