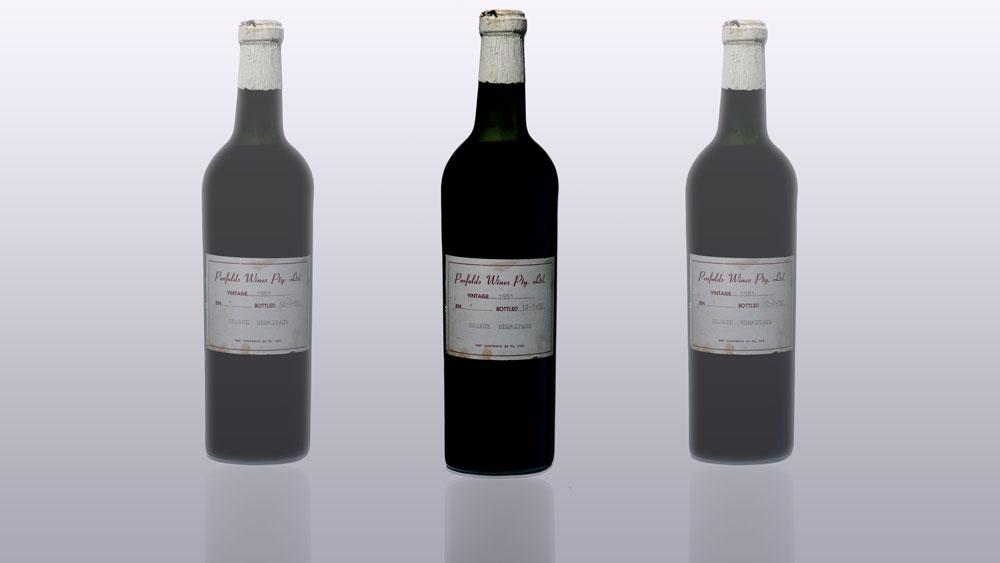 Worldwide, it’s estimated there are less than 20 bottles left of the 1951 Penfolds Grange—the first vintage of what has become Australia’s most celebrated wine. On July 19, 2017, one of those remaining bottles was sold to a private collector by MW Wine Auctions in Victoria, Australia, for roughly $40,900—a price that would no doubt have made the wine’s creator, the late Max Schubert, do a double take.

After all, this was the very wine that had failed to impress the Penfolds Board of Directors—the same board who finally instructed Schubert to stop making it. Thankfully, he continued to do so in secret, thus ensuring its eventual immortality.

The legacy of Grange began in 1949 when Schubert, Penfolds’ chief winemaker, returned after visiting some of the great first-growth estates of France, including Château Lafite Rothschild, Château Latour, and Château Margaux. This inspired him to create an Australian wine that would rival the finest French Bordeaux. Realizing he had the necessary terroir thanks to the multiregional soils of such locales as McLaren Vale and Barossa Valle, Schubert obtained the finest examples of Shiraz, a rich, dark-skinned grape. Although it originated in France, it had adapted admirably in Australia.

The first result of Schubert’s experimental wine was the 1951 vintage. He christened the wine after “The Grange,” a picturesque stone cottage where Penfolds’ founder, Dr. Christopher Rawson Penfolds, lived during the 19th century.

Schubert’s premier vintage of Grange produced only 1,800 bottles, which sported hand-typed labels. The ’51 Grange was never released commercially; most of the bottles were given away. It was just as well, for Schubert’s vision of creating a wine that could be aged “for a minimum of 20 years” initially proved to be its undoing, as the wine was much too young when released.

It was only when his 1955 Grange—having been aged for seven years—garnered a gold medal at the 1962 Sydney Wine Show (and multiple awards thereafter) that Schubert was permitted to openly resume making Grange.

Today, Grange is the flagship Penfolds wine and was named an Australian icon in 2001 by becoming a National Trust heritage-listed wine. It is released once a year after five years of aging and is usually a Shiraz-dominant wine with a miniscule amount of Cabernet Sauvignon added. Only the 1951 Grange and a few other vintages—including the 1952, 1963, 1999, 2000, and 2011—have been 100 percent Shiraz.

That makes the 1951 Grange even more noteworthy. After all, while the latest auction price is not a world record for Grange—which was set by a retail sale in 2015 when a bottle of ’51 Grange went for roughly $50,000—the latest auction price works out to roughly $6,800 a glass. It makes the upcoming October release of the 2013 Grange, at $850 a bottle, seem like a bargain.

Or at least a smart investment.