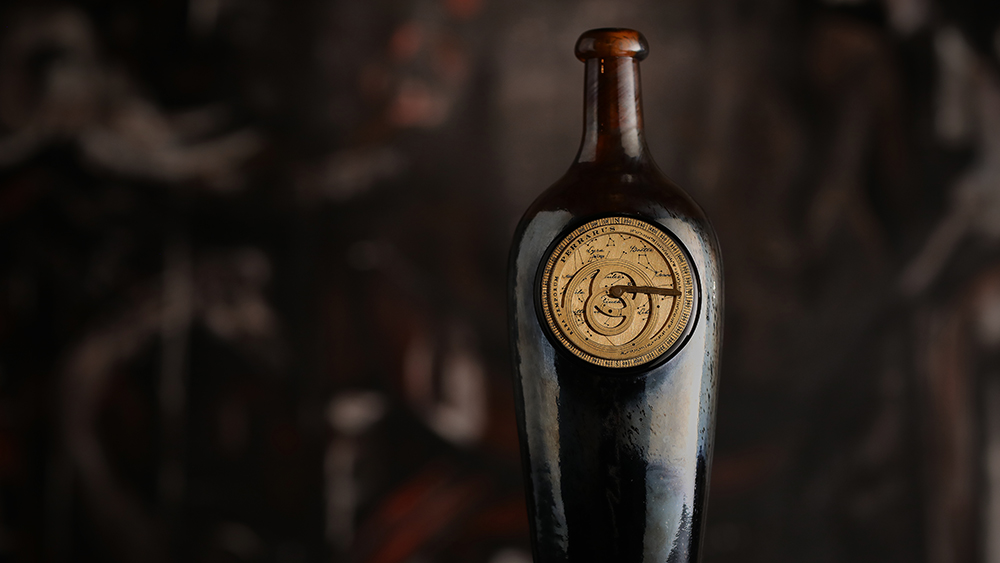 Courtesy of the Winemakers

Snatch a glimpse of Stones Wines owner Lawrence Fairchild’s ankles and you’ll see he’s wearing Basquiat socks with his designer sneakers. His leather jacket is worn in just so. Silver Yurman rings mark his hands, and his messenger bag is a Louis Vuitton. Fairchild is a man of taste, with a dash of playful attention to his passion: art. While his highly rated wines are always masterpieces on their own, the 2015 vintage was superior enough to warrant, scratch that, demand an extra layer of care: a whole new expression he’s crafted with star winemaker Philippe Melka.

Perrarus (Latin for rare or exceptional) represents a blend of the best of Fairchild’s three single-vineyard children from the 2015 vintage: Stones 1, 2 and 3. Together Fairchild and Melka made only 300 bottles (not cases) of Perrarus and are selling it only in magnums. Fairchild has also given special attention to the vessel, which is often taken for granted, investing the time to have a unique bottle handblown to hold 1.5 liters of this stellar Cabernet Sauvignon.

The grapes were grown on some legendary plots: Las Piedras and Pritchard Hill, including land that shares a fence line with Screaming Eagle. While allocations will be made to members who request bottles (only one per person) starting this month, the wine will be shipped in December. Expect more from the 2016 version of Perrarus, as that year had a larger yield, but still, it will likely be just 500 bottles. And the glass design will change each year.

Courtesy of the Winemakers

One of the things Fairchild attributes to the increasing beauty of Melka’s wine is a simple but essential agricultural technique: bringing in pruning specialists to focus each vine on producing fewer but more concentrated grapes. “It’s made a huge difference in quality,” he says. Fairchild describes this first Perrarus as “an experience, not a taste. Chocolate, caramel, chewy in the mouth. Fire and char. Like the best cigar in the world, the rarest spice. It’s wild energy, a leopard.” The aging should be “monumental,” he says. “Smell it. It makes you feel better, alive. Like drinking life.” Consider this your $3,500 panacea.