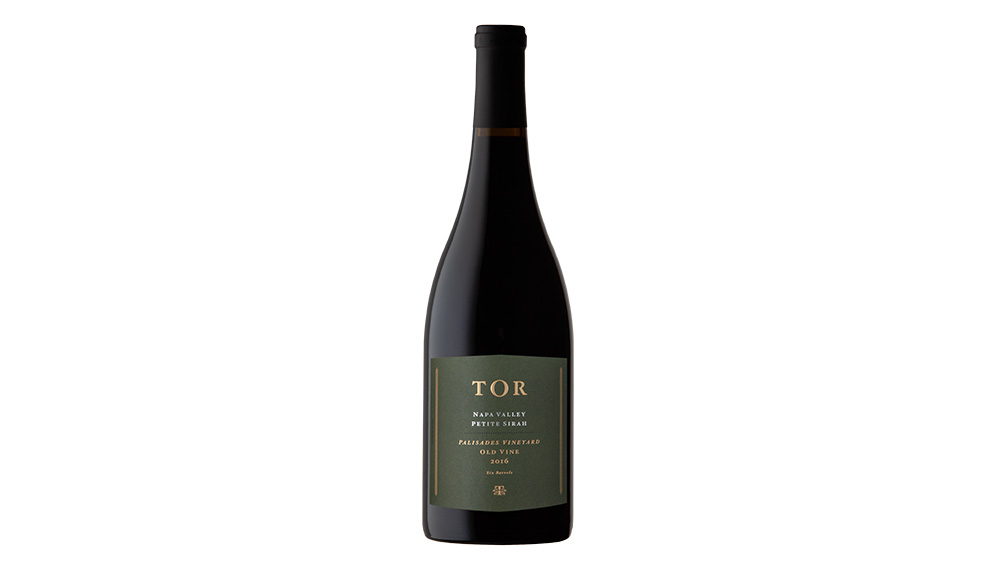 “Like Jimi Hendrix, find your Purple Haze and find the dance floor. This wine can have its own moves, and sense of grace.” That’s Tor Kenward talking—renowned Napa Valley winemaker—and his “Purple Haze” is a wine seldom associated with a sense of grace: Petite Sirah. Reputedly brawny and often boldly tannic, “P.S.” has inspired both misunderstanding (clumsy oaf of a wine) and devotion (perfect marriage of power and complexity). Consider Kenward, former veteran of Beringer and now proprietor of his namesake TOR Wines, devoted to the range of character Petite Sirah is capable of. “The best wines are ideocratic, outliers with big personalities—wines that you just can’t pigeonhole,” he says. “They’re big, bold, dark, brooding, teeth-staining, and satisfying. They should have layers of flavor, not just one big bag full of tannins. If you can’t taste through the tannins and find the fruit, the winemaker missed it. And if you haven’t tasted a 30-year-old Petite Sirah against a 30-year-old great Cabernet or Bordeaux, you haven’t lived.”

Misunderstanding about Petite Sirah likely starts with its name. Neither petite nor Syrah (an understandable confusion of murky spelling), P.S. is, in fact, its own variety entirely, a cross between Syrah and little-known Peloursin, dating to the late 1800s in France. There, it was known as Durif (after the botanist whose watch the cross occurred under). The “little Syrah” moniker wasn’t applied until it arrived in the states in the 1880s. But only the small berries in its clusters deserve the diminutive; the wine itself is dark, dense, and powerful, a mouth-filling pleasure—if the grower and winemaker get it right.

Jim Close, winemaker at Gamble Family Vineyards, mashes up the seeming disparities of the red: “Petite Sirah, at its best, should be bright, dense, powerful, pure, characterful, and layered,” he says. “At its core should be black raspberry together with minerality and deep concentration.” Hitting that mark means juggling traits that can be the variety’s strength or downfall—those small, thick-skinned berries with a high skin-to-juice ratio that give the wine its legendary dark color and powerful tannins. It’s tempting to let the fruit hang, to let the tannins ripen, explains Close, but then sugars creep up and alcohol levels will be high. “Better to pick just-ripe and then deal with the tannins in the winery … gently extracting the necessary color, flavor, and tannin from the highly pigmented skins.” Kenward agrees, adding, “Don’t club it down with too much new oak. It doesn’t need it.”

Stags’ Leap was early to shine a light on Petit Sirah in Napa.  Photo: Courtesy of Stags’ Leap Winery

What a great Petite Sirah does need, in Kenward’s view, is to come from a great vineyard—generally old plantings that are head-trained and include more than Petite Sirah (mixed plantings were common in California’s early wine days). “Napa and parts of Sonoma have, in my mind, several of the greatest Petite Sirah vineyards in the world,” he contends. “When I came to Napa in the ’70s, there was a lot more Petite Sirah than today, and the growers were proud of their old blocks. ‘My Pets,’ they called them.”

It’s understandable that in a place like Napa, where vineyard values and bottle prices for great Cabernet have chased each other to insane heights, plantings of Petite Sirah have given way to the pricier red. The question is, why haven’t they all disappeared? Tom Gamble, longtime grower and owner of Gamble Family Vineyards, explains it in one word: love. “An old vineyard hasn’t been removed because it still produces good grapes, and the wine made from those grapes is sold at a price that sustains the grape grower and the winemaker. That’s love. A wine lover loves a wine enough to pay a price that sustains the livelihoods of all the humans involved in making the wine, and thus preserves the vines.”

In the early 1970s, Stags’ Leap Winery was one of the first in Napa Valley’s modern era to shine a spotlight on Petite Sirah, because of the sheer force of former owner Carl Doumani’s interest (one might say obsession). And its “Ne Cede Malis” Petite is an elegantly balanced treat today. (Doumani went on to found Quixote, concentrating on the variety with bottles also worth seeking out.) Other producers hitting the mark with P.S include—but aren’t limited to!—Edward Lewis Cellars, Envy Wines, Outpost Wines, Robert Biale Vineyards, and Turley Wine Cellars (with a version from Howell Mountain). Some call these the real king of reds.