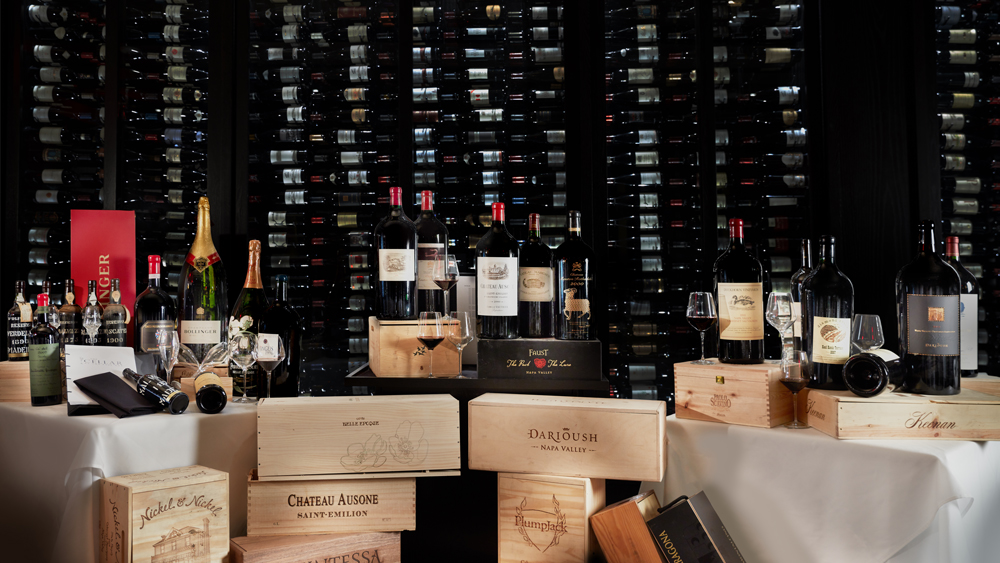 When billionaire restaurateur Tilman Fertitta opened a new Mastro’s Steakhouse in 2017 in his hometown of Houston, it was only the beginning for master sommelier Keith Goldston. Soon, on the same block there would be the Fertitta’s seafood restaurant Willie G’s, a five-diamond hotel with more restaurants and an intimate, 12-seat room dedicated to exclusive wine dinners. For Fertitta, the complex surrounding the Post Oak Hotel at Uptown Houston is what he calls his legacy project—the stamp he wanted to put on his hometown. So he entrusted Goldston to create a wine collection worthy of the project. With more than 30,000 bottles from 25 countries, Goldston has built an impressive cellar that serves not just Mastro’s, but now the entire property.

While people can order from the collection at any of the restaurants at the Post Oak, his 2019 Sommelier Series will offer an even more curated wine experience. Throughout this year, Goldston and his team will take a select few diners on journeys built around themes like “Napa vs. Sonoma” and “100-Point Wines,” pairing prized bottles from his cellar with multi-course dinners. We wanted to find how he built such a massive operation, so we talked to the 30-year-vet of the wine industry about what he looks for when acquiring a wine, what he’s selling a lot of right now and the prized bottle he hasn’t been able to get his hands on yet.

How do you determine which wines are worth pursuing?
I try to taste wines all the time, and while I’m tasting I ask myself “What is this wine trying to be, and is it a good version of that?” And if it is interesting, then I ask, “Is it good value, and last I look at where it would fit on the wine list?” Or if a wine is super yummy, then I’ll usually buy it and figure out the rest later. Ultimately the most important aspect for me is finding wines with something—be it value, taste, scarcity, deliciousness or a great story—that I know I’ll be able to use to sell the wine.

What do you do when you come up against a wine that you want, but you think the price isn’t right?
Usually not buy it, however, if I think I can sell it then I might take the leap and buy it. If we are looking at something that will move a lot of volume, then there might be an option of negotiating a lower price.

What regions do you sell the most of?
California, with Napa in the lead.

What regions are your personal favorites?
Being a Napa native, I do have a soft spot for it, as well as Sonoma. Internationally, I’m always game for Champagne, Mosel Rieslings and Burgundies.

What is the estimated value of your cellar right now?
$3.5 million.

What is the most valuable wine you currently have in stock?
1825 Chateau Gruaud-Larose for $80,000.

Do you have any stories of going to extraordinary means in pursuit of a bottle that you eventually secured?
Many years ago, I was building a wine list with wines from all 50 states and I’ll never forget that the owner of the winery that I wanted from South Dakota flew all the way out to Washington DC—where the restaurant was that I was writing this list for—and had lunch incognito to see if the restaurant was good enough to carry his wine. Luckily, he was impressed and we were able to get the wine.

Do you have a white whale of a wine that has escaped your grasp?
Our current hunt-slash-obsession is not a white whale, but a Screaming Eagle.