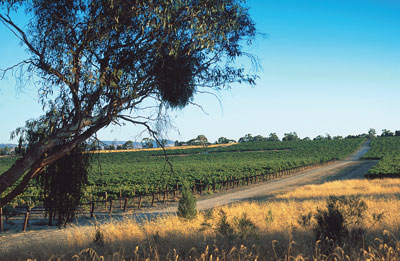 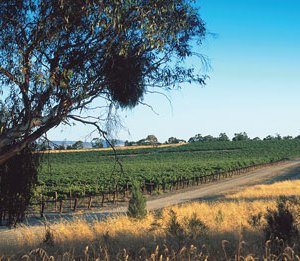 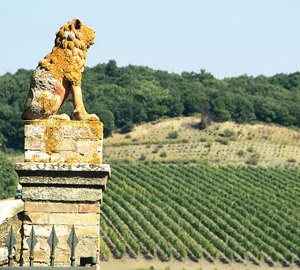 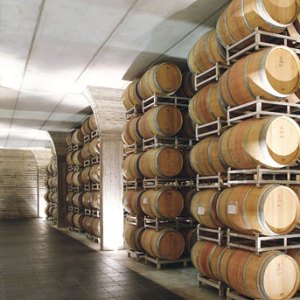 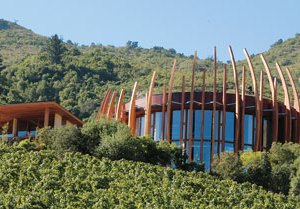 Even among the fortune-plagued Olympians, Bacchus was an unlucky god. His mother, a Theban princess, was struck by a thunderbolt from his father, Zeus. Zeus wife, Hera, drove his adoptive parents mad—then drove him mad as well. King Lycurgus of Thrace imprisoned his followers, the drunken Bacchantes, and while he was en route to Naxos, in mortal guise, pirates attempted to take him hostage. One cannot help wondering whether, having been winemakers as well as poets, the ancient Greeks sought perhaps to reflect in the ordeals of their wine god the trials that punctuate the grape’s long trek from a bloom on the vine to the work-of-art-in-a-glass that graces our tables.

Wines are subject to the dictates of weather—heat spikes, frost, wind, and rain—as classical heroes are subject to the whims of fate, and this is the inscrutable, maddening magic of each vintage. Wine is, after all, a living thing: The word viticulture derives from the Latin vita, life. From the time the fruit forms to the moment we sip the finished wine, the chemical composition constantly shifts, so that even a wine with which we are familiar always has the power to surprise us—particularly in exceptional years, when the gods, so to speak, smile on the vineyards.

Yet Bacchus bestows these blessings sparingly. While 1969 proved an outstanding year for red Burgundy, Bordeaux performed miserably. In the year 2000, Piedmont and Bordeaux produced stellar wines, while California and Australia struggled. Never in recent memory have more than a couple of major regions excelled in a single vintage. That is, until 2005.

“2005 was my 39th vintage,” says Pierre Seillan, vigneron at Tenuta di Arceno in Tuscany, Château Lassègue in St.-Emilion, and Vérité in Sonoma, all of which are owned by the same family. Having made wine in all three regions in 2005, Seillan offers a uniquely insightful perspective on the vintage. “According to my own experience between Italy, Bordeaux, and California—I taste a lot of wine everywhere, not only mine—2005 looks like an exceptional vintage globally,” he says. “It is probably the most amazing vintage I have ever seen in my life.”

Burgundy also basked in brilliant weather, according to Joe Wender, proprietor of Camille Giroud, one of the most respected negociant houses in the region. “2005 was just this model growing season,” he says. “We’re expecting great fruit development, good acidity, and good ripeness. I think all regions—the Cote de Beaune, the Cote de Nuits—had really good years with the red wines. Overall, ’05 is so good that everyone is worried about where they can sell their ’04s.”

Fate also favored the Southern Hemisphere. According to Oliver Crawford, winemaker for Penfolds’ white wines, “The cool summer followed good winter rainfall, making for a perfect white vintage . . . . The best vintage in a decade? Only time will tell.”

The sun, however, did not shine everywhere. “For Bolgheri, it’s one of those not-quite-easy vintages,” says Axel Heinz, winemaker at Tenuta d’Ornellaia. “It was a little bit challenging. But, for those who really are committed to producing great wines, and who prepared the vineyards in order to make sure that, even when you do not have one full month of sunshine, you’re sure to carry your grapes to full ripeness, it’s going to be a great vintage.”

For Tenuta di Arceno, near Siena, the vintage was outstanding, according to Seillan. “I consider the 2005 vintage in Tuscany one of the best in the last 10 years,” he says. The contrast between the growing seasons of these two Tuscan regions serves to remind us that blanket pronouncements on vintage quality are of limited value: Every wine, ultimately, must speak for itself. Nevertheless, 2005 promises wine lovers a bounty of exceptional releases from which to choose in 2007 and 2008.

The 2005 growing season opened in Mendoza, Argentina’s premier wine region, with a cold, rainy spring. A frost struck during bloom, reducing crops, by half in some instances. But March and April were warm and dry, allowing the fruit that remained to come to full ripeness. The best wines will have concentrated fruit, balance, and sturdy tannins. Wines to watch for: Achaval-Ferrer, Alta Vista, and Bodegas y Vinedos O. Fournier.

Although Australia’s numerous growing regions should deliver outstanding wines virtually across the board, the standout appellations are the Adelaide Hills, Barossa Valley, and Clare Valley. Adelaide Hills benefited from spring rainfall that built up moisture reserves, and a mild summer; as a result, the Chardonnays from this area will be, according to winemakers, extraordinary. Clare Valley also experienced near-perfect conditions for white wines, while Barossa Valley has produced ripe, concentrated yet classically structured Cabernet Sauvignons. Wines to watch for: Grosset Chardonnay Adelaide Hills, Jim Barry Riesling Clare Valley, Penfolds Cabernet Sauvignon Barossa Valley.

The publicity and buying frenzy surrounding 2005 Bordeaux futures almost obviate the need for any introduction to this classic vintage, which many believe will surpass 2000, 1990, and 1982 in terms of quality. Almost ideally even growing conditions enabled the vines to make a stately progress toward harvest, at which time the fruit exhibited intense ripeness, excellent acidity, and superb tannic structure. In fact, the only difficulty buyers will encounter with this vintage is finding a wine that is not sumptuous. Wines to watch for: Chateau Cos d’Estournel, Chateau Haut-Brion, Chateau Leoville Las Cases, Chateau Lassegue, Chateau Margaux, and Chateau Palmer.

After enduring a difficult 2004 vintage that, for many vintners, produced lackluster wines in comparison to the powerful ones of 2003, Burgundy hit the mark in 2005. The growing season was mild. The fruit, according to vintners, has exceptional acidity, ripeness, and tannins. Many believe that the Chardonnays will outshine the Pinot Noirs in general, yet both will be of unusually high quality. Wines to watch for: reds from Joseph Faiveley, Camille Giroud, and Georges Roumier; whites from Bouchard Pere & Fils and Joseph Drouhin.

Like Bordeaux, the growing season in Napa Valley and Sonoma County concluded with not only splendid harvests, but large ones; unlike Bordeaux, however, the conditions were erratic, with late ripening coming as late, in many cases, as early November. Nevertheless, this long hang time enabled the Bordeaux varietals to achieve dark color, elegance, balanced acidity, and vibrant flavors. Demand among collectors for California Cabernet Sauvignons will be high. The quality of Chardonnays and Pinot Noirs in both regions should be exceptional as well. Wines to watch for: reds from Harlan Estate, Cardinale, Colgin Cellars, Lokoya, Château Montelena, Joseph Phelps Vineyards, Shafer Vineyards, and Verite; whites from Aubert, Kongsgaard, Lewis Cellars, Marcassin, Peter Michael Winery, and Staglin Family Vineyard.

The Chilean growing season was even, like Bordeaux’s, with late harvests similar to those in Sonoma County and Napa Valley. The vintage should be a strong one for Cabernet Sauvignon and Carmenere. Among the white wines, Sauvignon Blanc fared best. Wines to watch for: Vina Almaviva, Casa Lapostolle Clos Apalta, Vina Montes, Vina Santa Rita.

As noted previously, quality in Italy will depend to a large degree on individual microclimates and farming techniques. While the vintage overall did not achieve the universal excellence of Bordeaux, certain areas do stand out. Montalcino, for instance, realized good quality of fruit in most places, but the yields were relatively small. Piedmont in particular performed well with the Barbera harvests, as well as with Nebbiolo in Barbaresco and Barolo. Wines to watch for: Tenuta di Arceno, Castello Banfi, Bruno Giacosa, Conterno Fantino, Gaja, Tenuta d’Ornellaia, Castel Giocondo, and Sette Ponti.