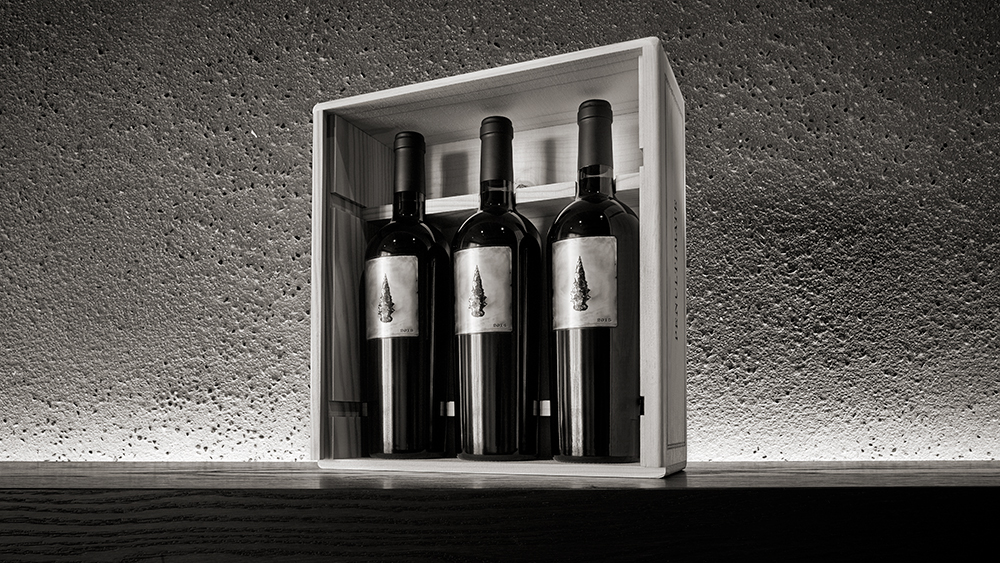 Behind many brilliant flagship wines is another bottling from the producer—often (but not always) a larger production, sold for less, and containing fruit that didn’t make the cut for the winery’s signature red. The model (which is growing) is useful. The estate has a profitable channel for grapes it steers away from its icon wine, making it painless to shape that wine into its very best self from only top-performing vineyard blocks. It allows a broader swath of consumers to enjoy the more affordable wine, which often benefits from the same meticulous treatment the flagship receives; and for collectors, the “second wine” can often be enjoyed sooner, while they wait for the flagship bottle to come into its own in the cellar.

One of Napa Valley’s newest releases under an iconic brand—Penultimate, from the Harlan Family’s seminal Promontory Estate—indeed checks a couple of those boxes, but it is far more than a so-called “second.” It plays a critical role of its own in relationship to the pinnacle that is Promontory. In fact, in a remarkable way, it helps elevate the wine it aspires to be.

Will Harlan, who recently took the reins of the family’s wine business when his father, Bill, stepped back, explains the position embedded in the name: “next to the last stage.” Since 2011, when they launched an aggressive replanting in the Promontory Vineyard, there have been younger blocks of vines coming along, offering a constant cycle of discovery of the unique geographic character and diversity that Promontory—a world apart in the western hills of Napa Valley—comprises. “We work with blocks of vines that are at a level where they are almost ready to include in the ultimate Promontory blend,” says Harlan, “but not quite. It’s like an artist’s final sketch before executing the masterpiece. And for us, Penultimate reflects the concept of constant discovery.”

Promontory winemaker David Cilli admits that, as he works to bring Penultimate lots to the next level, the almost get more attention. Penultimate offers the best kind of R&D: It’s where he spends the most effort; learns the most about farming this particular, unusual place; and, frankly, has the most fun. The blocks that go into Promontory, he says, offer more challenges. “We need to think more, try more—experimenting with cover crops, for instance, rethinking canopies. My final goal is to have those areas arrive at the ultimate stage.” And what he learns in nudging them toward greatness informs ever-better farming for the Promontory blend itself.

That end goal—for Promontory Vineyard—is far from a taste of great, but familiar, Napa Valley red wine (as wonderful as that can be). The swath of still-largely wild land caught Bill Harlan’s eye in the early 1980s when he was kicking dirt in the hills to the west of the valley in search of a site he would eventually shape into his bar-setting namesake estate. Twenty years later, the Harlans jumped at a chance to buy the un-tamed property, which the younger Harlan likens to a slice of the Old West. What they found through extensive geologic testing was a pocket of soil running between two fault lines through the jagged property quite different from Napa Valley’s two main volcanic and sedimentary types. It was metamorphic rock, and years of tasting wines off the existing vineyard made it clear that the soil yielded a strikingly different character. Rehabilitation and replanting commenced, and with the 2009 vintage, Promontory came to life, with hints at wildness, a vein of minerality under bright red fruit and tight layers to relax into through the years.

Now, Penultimate hovers near that profound character. The 2015 (current release, $325) is brilliantly aromatic, with a savory-sweet interplay of earth and herbs—a fresh mineral lift on the nose leading to generous, rounded fruit: juicy cassis and blackberry layered with cocoa and stretched with lovely tension through a forever finish. The 2016 (coming soon), in contrast, is even fresher, a little more tightly wound, like a bound-up Christmas tree ready to let its layers relax and unfold. Its brightness and minerality evolve in the glass, with focus shifting from damp earth, forest and mint to deep fruit.

Penultimate—whose ancient arrowhead depicted on the label (found on the property) is so nearly perfect as to be thought a prototype for others to be modeled on—is available, of course, to Promontory members, and those not there just yet can sign up for the waiting list. But the wine is also available for visitors to the winery to purchase in three-packs from the library list. Because there’s so little of Penultimate made (those are exclusive vineyards blocks in line to reach Promontory status), it’s not poured for visitors. But a tour of the spectacular citadel of concrete and steel that is Promontory, with its cellar ringed with artfully backlit casks, and a tasting of several vintages of the signature wine (one in that cellar setting) are a treat in themselves. And a three-pack of Penultimate in your cellar at home after the fact will offer fascinating insight into the pretty exceptional “next-to-the-last stages” behind Promontory.