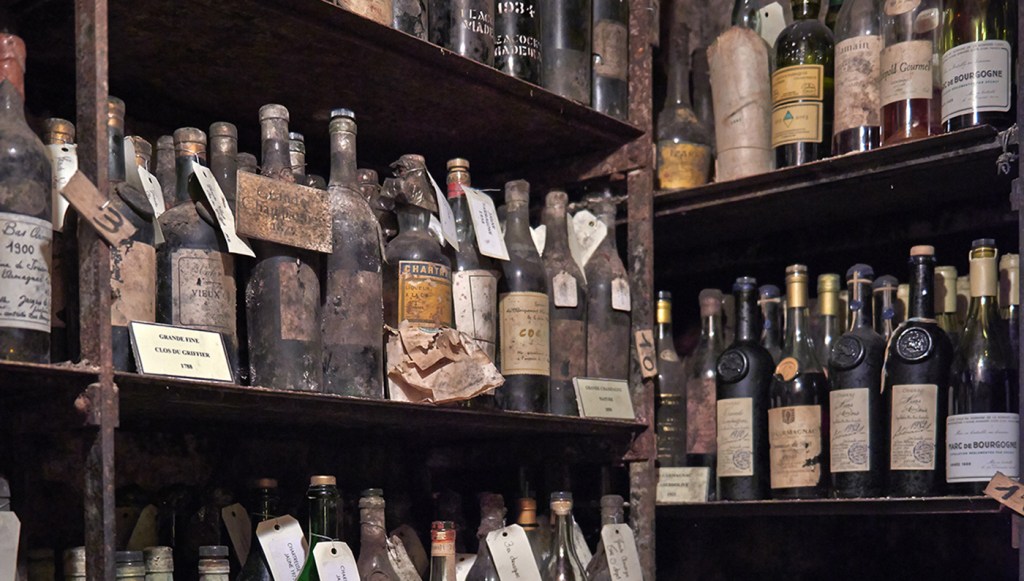 Artcurial auction house—which recently sold the world’s second most expensive Ferrari—will place some of French gastronomy’s most historical ingredients on the table. Taking place in Paris on May 9, the Private Collection of the Tour D’Argent up for Auction will feature culinary collectibles from one of the most storied restaurants in the City of Light, the Tour d’Argent, which first opened in 1582—the same year Pope Gregory XIII implemented the Gregorian calendar. Gearing up for a remodel, the 434-year-old restaurant is auctioning artifacts as well as rare wine and spirits from its 350,000-bottle cellar, including a 1788 Grande Fine Clos du Griffier Cognac, expected to fetch up to $23,000.

Overlooking the river Seine, Tour d’Argent was founded as a safe haven for gourmands in search of a reprieve from raucous taverns and more sophisticated fare. It eventually became known as the establishment where France’s King Henry IV was introduced to the fork and a favorite venue among the nobility at Versailles—a banquet for the Duke of Richelieu once featured 30 different beef presentations. But in the 18th century, as the French aristocracy and bourgeoisie were busy eating cake, the proletariat pounced and the restaurant remained a victim of the revolution until it was reopened by Napolean Bonaparte’s personal chef. By the mid-1800s, it was a hangout for Honoré de Balzac, Alexandre Dumas, George Sand, and other creatives drawn to fine cuisine.

Also known as a purveyor of premier poultry, Tour d’Argent gained worldwide recognition for fowl just before the turn of the last century, and its famed recipe for Canard Tour d’Argent remains the signature entrée (one million ducks were served by 2003).

But it has not been all wine and roses for the esteemed eatery. Having been resurrected after the French Revolution, the Tour d’Argent’s existence was threatened again by the German occupation during World War II. On June 14, 1940, the maître d’hôtel and future owner Claude Terrail worked through the night with fellow employees to build a facade that concealed much of the cellar from the Nazis and successfully saved 20,000 bottles.

To make room for the upcoming makeover, a selection of these incredible bottles will be auctioned—including 19th-century brandies with an estimated value of $3,300 to $5,400 each—as well as more than 3,000 pieces of tableware, copper cooking utensils, and decorative artifacts. (artcurial.com)