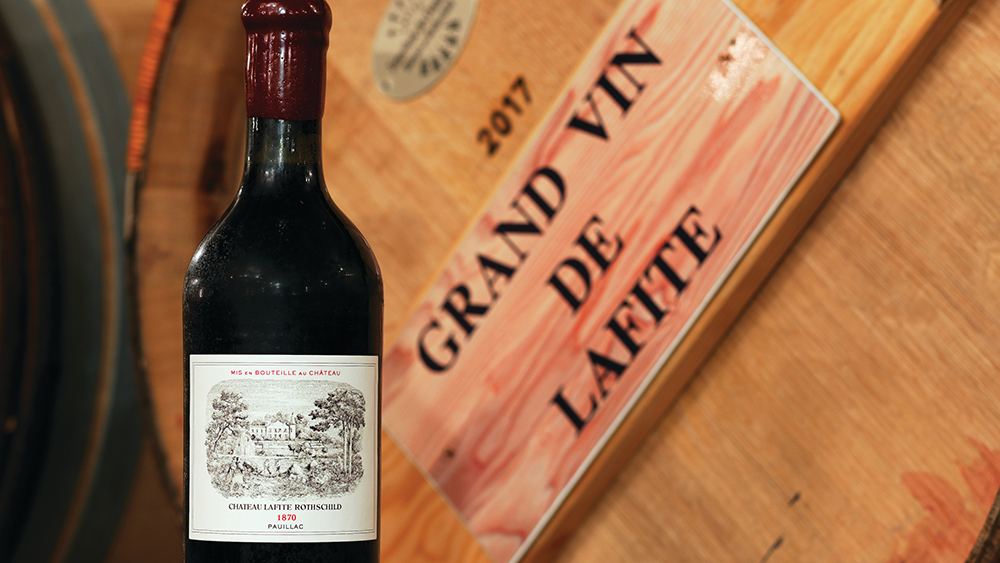 When does a bottle of the legendary 1870 Château Lafite Rothschild become a museum piece instead of a promising sip? It’s said that the great vintage took 50 years to unwind, mature, and evolve into its own best self. But now, almost 100 years beyond that …?

On March 30 in New York, a winning bidder will have the chance to claim a bottle of 1870 Lafite and settle the question. But of course, there’s more. A bottle two years older than that can be had as well—an 1868 Lafite (rumored to be one of only five left at the château), from the year Baron James purchased the estate, and Château Lafite Rothschild as we know it was born.

To mark its 150th anniversary and to celebrate the next epoch, as 31-year-old Saskia de Rothschild takes over as chairwoman of Domaines Barons de Rothschild, Lafite has partnered with auction house Zachy’s to put a record 3,384 bottles on the block, solely from the château’s own cellars, dating back to that 1868 treasure (which comes with an invitation to lunch at Lafite). Bottles from every decade of the family ownership will be in the lineup. Saskia de Rothschild puts the sweep of history here into perspective. “Each vintage tells a different story: written by the hands of the people who made them, through wars, frost attacks, and recessions,” she says. “Together with my father [Baron Eric de Rothschild], we chose vintages for which we wanted to find new homes, straight from the Lafite cellars to yours.”

Included in this march of wine through history will be iconic vintages like the 1945, 1947, 1949, 1959, and of course, 1961. And there will be Imperials (6 liters, 8 bottles) signed by Saskia and her father. With wines from Château L’Evangile, Duhart-Milon, Rieussec, and Carruades de Lafite thrown in, this will be the largest collection of single-owner Domaines Barons de Rothschild wines ever auctioned. (Of note, all of the wines were stored without labels. What has been affixed specifically for this auction is printed on modern security paper, with a proof tag to guarantee authenticity.)

The March 30 Zachy’s auction will be held at Le Bernardin Privé in New York City.