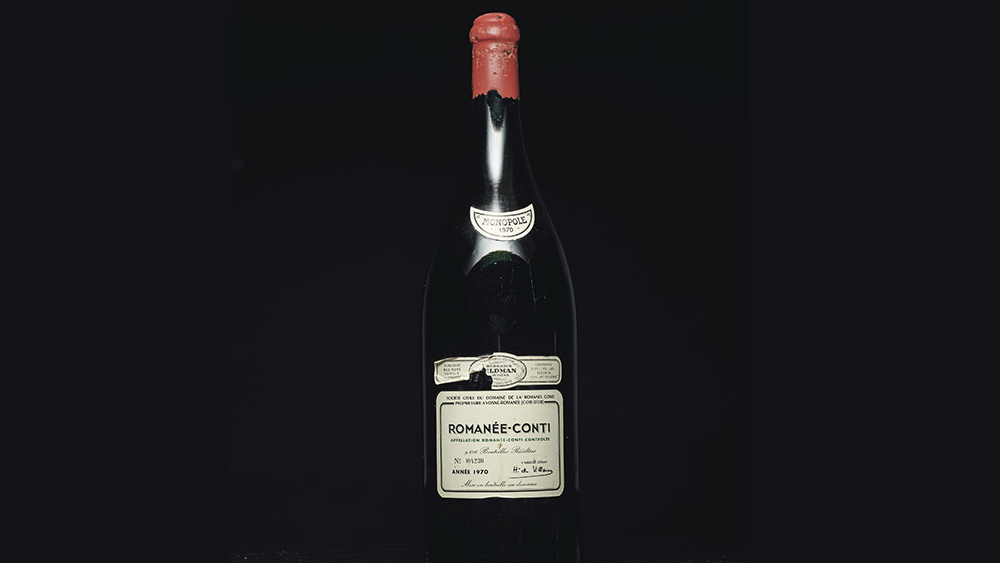 Domaine de la Romanée-Conti (DRC) is the big cheese of Burgundy, known for producing some of the world’s greatest wines. Getting your hands on a vintage bottle is difficult, to say the least, but one such rarity has just popped up for auction. And it’s a giant jeroboam from 1970, no less.

The rare drop, which is expected to fetch $60,000, is the centerpiece of Christie’s latest online wine auction, which is running from now until July 31. Encompassing some 626 lots, the sale features highly coveted wines and spirits from the cellar of celebrated oenophile Benjamin Ichinose. If that name’s unfamiliar, all you need to know is that the connoisseur has amassed one helluva wine collection.

In fact, the late British wine critic, Michael Broadbent, once said: “When I saw Ben Ichinose’s cellar, I recognized immediately that it was one of the greatest wine cellars in the world; absolutely perfect in every sort of way.”

Ichinose populated his wine cellar during the ‘60s and ‘70s, and it offers a glimpse into the golden age of wine collecting. It runs the gamut, from the finest wines ever produced in Bordeaux and Burgundy to the greatest mature Californian wines to ever appear at auction.

Since the collector established meaningful connections with the producers, provenance is outstanding and many wines come directly from the source. For instance, there’s a 1961 and 1964 Bollinger, set aside for Ichinose by Madame Bollinger herself.

As you might expect from such a serious collector, Ichinose was extremely diligent when it came to cellaring. Reds were kept at a constant 52 degrees, while whites stayed at a steady 48 degrees. Thus, the wines on offer appear to be in impeccable condition, with good clarity and color.

Ready to add a few new showstoppers to your own cellar? Head to the Christie’s website to start bidding.