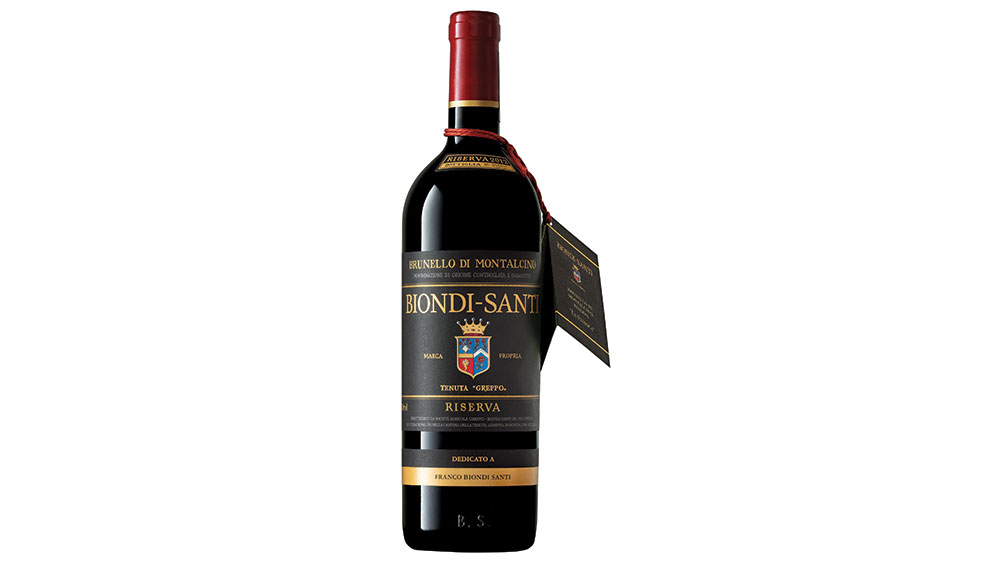 They say, “Drink no wine before its time.” For most such sweeping directives, it’s impossible to trace the elusive “they.” Not so, though, for the champion of patience when it comes to wine. The modern-day patriarch of Brunello di Montalcino’s Biondi-Santi, pioneer of superior Sangiovese in the region, was adamant that vintages of the complex, structured red should be held until they were ready to release their beauty.

The 2012 Biondi-Santi Riserva is, in fact, the last vintage overseen by Franco Biondi Santi himself, who passed away in 2013, and the bottle is dedicated to the innovator—fifth generation in the historic winemaking family that can claim responsibility for both the name Brunello and the acclaimed Clone BBS11. The wine was slated to be released last fall (2019), but as CEO Giampiero Bertolini describes it, the tech team tasting around the table looked at each other and shook their heads—it wasn’t ready, and they didn’t want to take a shortcut.

“Dr. Franco” would have approved. In the 1970s, he was developing a long-lived, structural style of Sangiovese at the same time the so-called Super Tuscans were gaining international followers with lush, ripe fruit and softer tannins. Biondi Santi’s wines were leaner, with fresher acidity, and were not to be rushed. According to Bertolini, wine was natural in his book, “because it didn’t want to put pressure on time. And he felt no pressure from the market to sell a wine before it was ready.”

The 2012 Riserva—only the 39th Biondi-Santi Riserva since 1888—is worth the wait. And in many ways, the wine-drinking world has come around to the style Biondi-Santi never abandoned. Bright and vibrant with acidity, the wine opens with alluring notes of dark cherry, red earth and purple flowers, laced through with savory spices (black pepper, anise), forest floor and a balsamic tang. While structured and focused, the palate still leads with generous sweet cherry and raspberry, bound with firm, fine tannins. The wine, which earned 100 points from Wine Enthusiast and 98 from Decanter, is elegant and eminently drinkable right now, but also clearly has many good years ahead of it.

With the 2012 Riserva, and Riservas to come, Biondi-Santi is not resting solely on innovations past. Now under new ownership (France’s EPI Group, which also owns the Piper and Charles Heidsieck brands, although the Biondi Santi family continues to be involved), the winery has extensive work underway on its Tenuta Greppo Estate, just outside the impossibly picturesque hill town of Montalcino. A broad soils study, involving 32 pits across its five individual vineyards; investments in the cellar (in smaller casks, for instance, for smaller-lot winemaking); and experimental trellising are all designed to deliver more definition, more clarity in vintages to come. The 2013 will be the next Riserva. And, Bertolini reports, the team is deciding on the 2017 just now. One can hope.