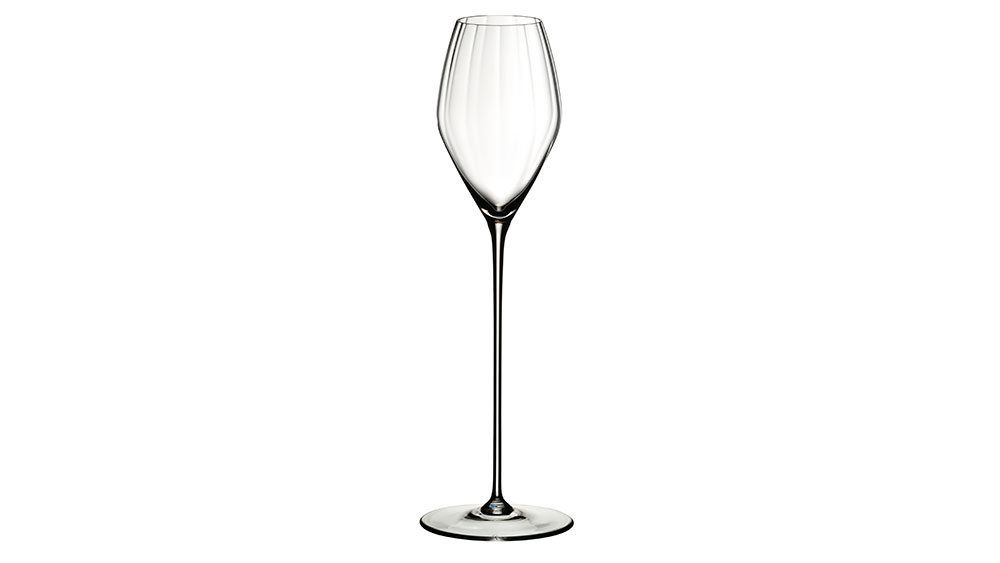 Last fall, I asked Maximilian Riedel—CEO of Austria’s famed wine glass company—who first suggested we all stop sipping sparkling wine from flutes and get it into proper wine glasses? “I did,” he shot back. The occasion was a tasting at the Riedel factory, tucked at the base of the postcard-ready Tyrolean Alps in Kufstein, where the company develops and produces prototypes for the prodigious range of variety-specific glasses it’s known for the world over. Riedel was introducing us to his new High Performance Champagne glass. (And yes, a little more pre-trip research on my part would have been in order.)

Riedel (the man, not the company) has come by his opinions about what makes a good delivery system for bubbles honestly, his first job being with Champagne Taittinger. “Only tourists were served in flutes there,” he says. The tall, narrow shape had more to do with marketing than wine enjoyment, in his view, making a small pour look like a large one. (Although, it should be said, the flute was—is—much better at preserving the sparkle in sparkling wine than its mid-century predecessor, the wide, shallow coupe—glamorous but death to bubbles.)

The problem, though, was that a glass large enough to let the wine release all of its heady layers did indeed make the wine look meager. Riedel’s challenge, then, was to invent a small glass that still plays the important role of aerating the wine. His solution: a subtle ripple in the bowl that slightly increases the inner surface area, punching up perception of aromas and flavors. In our tasting, he put Champagne through its paces in a range of glass shapes (anyone who has ever joined one of the company’s sensory seminars knows the combinations of wines and glasses can be dizzying). As I sipped from a flute and he from his new glass, he argued, “The flute promotes only the yeast in the wine. My glass doesn’t give you heartburn.” And, in the moment, I had to agree.

This year, Riedel has added a new, dramatically long, thin stem to its Performance Champagne glass, aptly naming it High Performance. Puns about elevating bubbly for the holidays invite themselves. But the truth is, the tall glass does look elegant on the table, looking down at the likes of Bordeaux and Burgundy stemware.

I put the new glass to the test in the objective cocoon of my own home this time around, sniffing and sipping a Champagne in both the High Performance and a tall flute. (For the record, my test wine was Champagne Palmer & Co. Vintage 2009 Brut à Reims, elegant, complex, and still vibrant and fresh—a wine with much to offer in the right glass.) In the flute, toast aromas and leesiness from the yeast did, in fact, dominate, per Riedel’s comment last year, although juicy primary fruit flavors showed well on the palate as well. In the High Performance glass, though, the nose opened to a broad range of aromas—florals around crême brûlée—and the harsher toast smells turned to brioche layered with pear, honey and mandarin. The palate came off as more exotic and complex, with hints of lemongrass and spiced apricot compote.

With its tall stem, the glass appears potentially unwieldy, precarious. But it’s not; weight and motion are balanced by a wide base. It is, though, emphatically a tabletop glass, not one for juggling along with your plate of appetizers as you amble around your holiday party. The statement I like in that is that the Champagne in it is meant to go with all the food on the table every bit as much as the still red and white wines in the shorter glasses, because it’s time we drank Champagne—most sparklers, really—with great food, as much as it’s time we drank it in proper glasses.

The Riedel High Performance glass is available with a black or red stem ($125 each), as well as clear ($99)—the first made entirely of black crystal, the latter color encased by a layer of clear crystal.

14 Superb California Zinfandels to Pair With Your Thanksgiving Feast 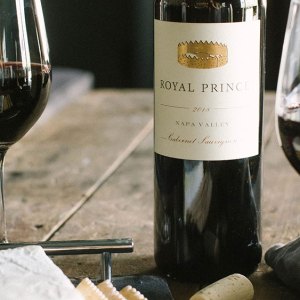 Robb Recommends: Why Royal Prince Is Making the Best Wines You Can Buy for Your Money Right Now

Justin Bieber Complains That His Grammy Nominations Were in Pop, Not R&B Categories