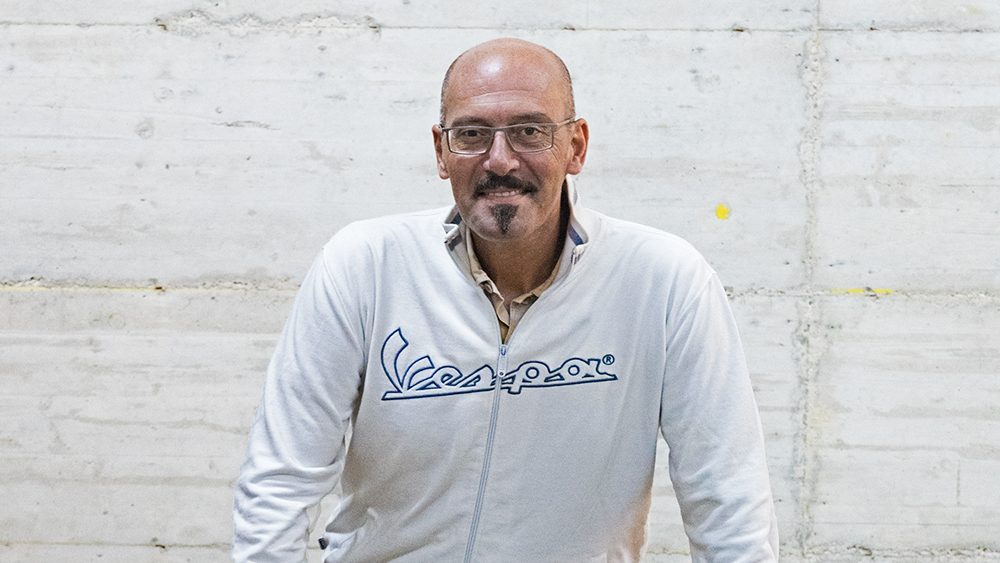 The track through the hilltop vineyard on the southeast tip of Sicily is slightly spongy under our feet, and the sponge a tad pungent. Swarms of tiny insects are loving the scene. It’s the picture of health for a vineyard—the occasional whiff of manure completely forgiven in the cause of organic grape growing. But organic farming—meticulous stewardship of this land—is just the starting point for Massimo Padova, proprietor of Riofavara winery in the Val di Noto. Cutting a tall figure, he’s busy gesturing at small blocks of vines down the slopes—sometimes even small handfuls of vines—naming grapes he’s growing there that we wine writers have to fact check later, what with his accent and the fact that we’ve simply never heard of them before.

There’s no shame in encountering unfamiliar wines in Italy. By some counts, the country grows about 2,000 native varieties (although fewer than 400 are made in any volume approaching commercial viability). And in Sicily, Padova rues the fact that many of the island’s indigenous grapes have been all but lost, abandoned in earlier days for the profitable production of fortified Marsala and its dependence on just a few varieties, like prolific Catarratto (still the most widely planted grape on the island, although high-quality Grillo, on the white side, and Nero d’Avola on the red, are surging in Sicily’s production of exciting wines).

Padova comes by his concern over Sicily’s wine history honestly, born into a family of winemakers. “My great-grandfather was an old-generation winemaker,” he says, “then my grandfather and my father also dedicated themselves to viticulture, but in a different way from mine. I learned from them the style of patience and knowing how to wait, then I also put my desire to bet and do difficult things.”

Against that backdrop of family immersion, and a connection about 15 years ago with some “state operators,” as he calls them, who were studying and selecting vines for preservation, a remarkable tasting of many “forgotten grapes” (his words), vinified “all by themselves, one by one,” catalyzed his own mission.

“This tasting made me turn on a lightbulb,” Padova says, “because in three or four samples, I found some characteristics that today’s traditional vines are unable to develop: elegance, freshness, Sicilian character and kindness, without neglecting structure.”

Recovering that Sicilian wine typicity drives Padova to experiment with obscure but promising grapes today. “I believe the recovery of some autochthonous varieties is essential in order to have types that are markedly pleasant and unrepeatable,” he says. (“Autochthonous” sends us wine writers scrambling again, but Merriam-Webster reassures: It simply means “indigenous, native—formed or originating in the place where found.”) And there’s something else in his search, an urgency entirely modern. “Moreover,” he adds, “some of these are varieties that are able to withstand such an extreme climate due to heat and drought, to obtain very pleasant wines—appreciable.”

Three white varieties, especially, are responding well in his vineyards in the face of the heat: Il Recunu, Il Cutrera and Rucignola. “I have tried other white-berried varieties,” he says, “but these are the best so far. I am also trying some red varieties, such as Orisi, which seems to have an extra gear, but it will take another three or four years to get the first wine.”

Back in the winery’s gracious hospitality center, Padova starts pouring. A traditional-method sparkler made of Grillo, Inzolia and a mix of the forgotten grapes (Padova is cagey about his recipes) is angular, energetic and minerally—a tiny bit salty but aromatic with white blossoms, apple and a hit of lime (from the “forgotten ones,” according to Padova). A second white involves Inzolia, Grecanico and Grillo, plus 5 percent of the forgotten ones; it’s floral and earthy at once, with a mouth-filling gamut of citrus edged with an herbal quality. But it’s Riofavara’s 2020 Nsajàr, made entirely of the whites he’s reviving (releasing this spring) that turns the lightbulb on for us. Lilting florals and lime zest open, with tropicals and fresh herbs undergirded with limestone. Beautiful fruit flavors—white peach on top of the citrus and tropicals—are carried with verve, tension and structure.

Of course, Padova’s production isn’t limited to the forgotten whites. He’s part of a large contingent of talented Sicilian winemakers reviving the reputation of Nero d’Avola, which got a little lost in the wilderness back in the late 1980s and the 90s, in a market taste for somewhat overripe and jammy reds. A trio he pours us—lively with acidity and structure—can’t be called lean exactly, because they’re full-bodied and satisfyingly extracted, but they are decidedly not overripe and jammy. His Riofavara 2019 Spaccaforno Nero d’Avola is floral and spicy, with black fruit wrapped in licorice, leather, black olive and crushed herbs, ending in a bright citrus kick—a little like a good Malbec. And the 2017 Sciavè Nero d’Avola is simply beautiful—dense and rich but vibrant. Blue fruit, high-toned florals, mint, tobacco, licorice and carob give way to fermented plum, mulberry and black olive, the palate bright with acidity and full of texture. One of the tasters in our small band sums the wine up succinctly: “American nose with a Sicilian soul.”