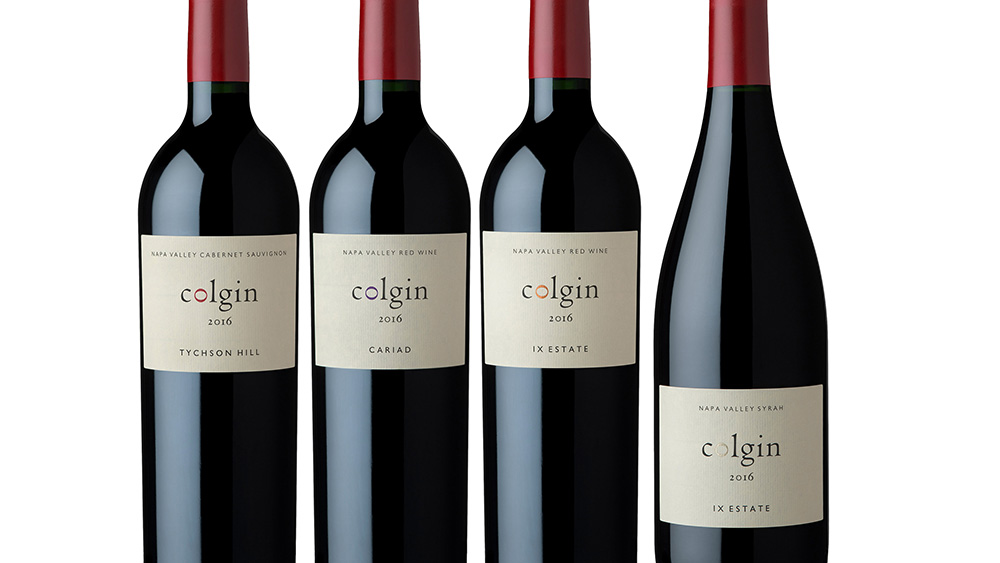 Napa is having something of a golden era. Since 2012, each vintage has produced blockbuster bottles. And the latest vintage of reds—2016—might be the best of this record-setting run. It’s already being talked about as at least as legendary a year as 2013, and likely even better. Master sommelier Paul Roberts, who is also Colgin Cellars’ COO, calls it a “Goldilocks vintage—not too hot, not too cold, not to stressful for the fruit.” The wines so far are defined by intense perfume, freshness and minerality—pretty much all you could ask for in a wine.

Case in point are Colgin’s two newest releases, the IX Estate Cabernet Sauvignon and the IX Estate Syrah. While the brand’s wines are always elegant, these reds are perfection.

This particular estate on Pritchard Hill was planted in 2000, with 2002 being the first vintage a Colgin wine was made from the property. Of the 20 acres, at between 1,100 and 1,400 feet in elevation, 16 are dedicated to Cabernet and just four are planted with Syrah vines. The rocky, iron-rich soil produces wine with great character and beautiful herbal and pepper notes.

The 2016 Cab is more of a Bordeaux blend, with about 20 percent Merlot added, as well as a bit of Cab Franc and velvety Petit Verdot. It’s incredibly fresh on the nose, with whiffs of lavender and thyme, but on the palate, it’s pure magic. It goes right down the middle of your tongue with spice, black pepper and sage notes mixing with some berry lozenge flavors.

The 2016 Syrah, just might be the greatest expression of Syrah made in California. It’s voluptuous but still nuanced. It smells like crushed flowers and meat, and tastes of pepper, sage and spices. It’s rich and fragrant and would be the perfect pairing to cut through salty-fatty meat like lamb or hard cheeses.

We got a sneak peek at the other wines in Colgin’s 2016 lineup: Cariad, a beautiful Bordeaux blend, and the Tychson Hill 100 percent Cabernet Sauvignon, and both are exquisite. The Cariad (which is Welsh for love, by the way) has an unusually creamy texture and is the color of blueberry juices running from a pie. Smells of plums on the nose and tastes earthy on the palate. It’s versatile enough to accompany a New York Strip steak, but also an all-vegetable menu as well as spicy foods.

The Tychson Hill is one of the most silky Cabernets made in Napa and is often compared to a Château Margaux for good reason. It’s both graceful and intense, with a surprising softness to the tannins for a pure Cab. Mushroom, loam, dark cherry notes, hints of cedar and herbs all beckon you to drink deeper. It’s an ideal pairing for sweeter fats like roasted game birds.

Unfortunately the Tychson Hill and Cariad bottles won’t release until March, but it’s not too early to get on the allocation list or ask your favorite wine advisor to tuck some away for you.