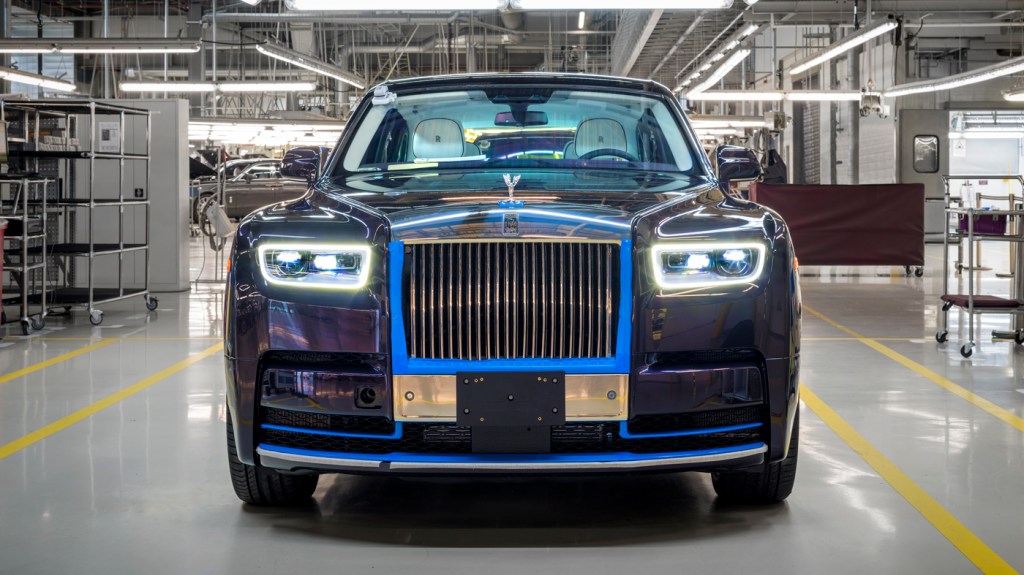 Martin Luther King Jr. opined, “Life’s persistent and most urgent question is ‘What are you doing for others.’” For those who have organized and attended the annual Naples Winter Wine Festival, one of the nation’s premier charity wine auctions, it’s an inquiry that receives a resounding reply. Since 2001, the philanthropic fete, in Naples, Fla., has raised more than $161 million for the Naples Children & Education Foundation—a non-profit organization benefitting 200,000 disadvantaged kids in the state’s Collier County.

Hosted by the Ritz Carlton Golf Resort, Naples, the 2018 event will be held from January 26 through 28 and features extravagant vintner dinners (prepared by renowned chefs), top-flight tastings and, of course, the acclaimed fundraising auction. Set to cross the block this year are 61 lots ranging from exceptional wines to exotic automobiles to exclusive travel experiences.

One offering in particular combines all of the aforementioned elements in a single, posh package—the Phantom ‘Ultimate Power Lot’ (lot No. 16) presented by Rolls-Royce Motor Cars in partnership with Robb Report magazine. The highest bidder will become the owner of the first standard wheelbase Rolls-Royce Phantom VIII to come off the marque’s assembly line in Goodwood, England.

Debuted in July, the Phantom VIII is the new flagship of the Rolls-Royce fleet and the latest iteration of its legendary model launched in 1925. The example promising to lift auction paddles is lavishly dressed in the brand’s Belladonna Purple with Arctic White interior.

“When we started thinking about the next generation [of the model], it was very clear that the car needed to be seen immediately as a Phantom when it comes to stature, presence, design, and quality of material,” says Torsten Müller-Ötvös, chief executive officer of Rolls-Royce Motor Cars. “But then we challenged ourselves to go the extra mile. In all dimensions, we set ourselves new and ambitious targets.” After even a fleeting glimpse at the finished product, a new benchmark in bespoke automotive luxury, it’s obvious that the model has reached a new level in its legacy.

Complementing the Phantom presented, is the opportunity for its owner to be a judge at the 2019 Robb Report Car of the Year competition in Napa Valley, Calif. The invitation includes two nights lodging at Meadowood Napa Valley and dinners paired with wine from the region’s top producers.

“The annual Car of the Year event presents a discriminating group of readers with the opportunity not only to test the top models in the sports and luxury categories but also to render the verdict on which vehicle best keeps its promise to the driver—an evaluation that will profoundly influence the buying decisions of their peers,” says Brett Anderson, Robb Report’s executive vice president and editor in chief. “More importantly, through this unique event, Robb Report has had the honor of contributing millions of dollars to invaluable charities, and we can think of no more worthwhile recipients than the many community organizations supported by the Naples Winter Wine Festival, whose efforts have made a difference in so many lives. The festival combines two of our audience’s greatest passions, fine cars and fine wine, and the winner of this lot will enjoy both—though strictly in that order.”

A sample of the latter is also part of the lot’s winning trifecta, a 34-bottle collection of Alpha Omega wines (varying in size from 750 ml to 6-liter selections) and a one-year membership in Alpha Omega winery’s ERA Elite Club.

Among the other curated lots most compelling to oenophiles are two that showcase the viticulture of Spain and, surprisingly, China. Revered Spanish leather house Loewe has partnered with one of the country’s premier wineries, Bodega Numanthia, to produce a sleek, calf-leather-wrapped barrel of the vineyard’s 2016 Termanthia—one of the best wines our editors have sipped recently. The prized wine is crafted from the fruit of a single plot of 120-year-old vines of Tinta de Toro, a rare varietal indigenous to Spain. The barrel—and its contents (delivered in 750 ml, magnum, 5-liter jeroboam, or other formats according to the buyer’s choice)—will be auctioned as lot No. 47. The travel component of the package includes a private shopping experience at Casa Loewe, a special unveiling of the barrel at Bodega Numanthia’s winery, and a vertical tasting of the wine at a Michelin-starred restaurant.

Lot No. 30 comprises the very unusual vineyards of Ao Yun, a wine property at the base of the Himalayas in China. The high-elevation vines produce an exquisite Cabernet Sauvignon and Cabernet Franc blend. The top bid begets business class travel to the vineyards, a private tour for two couples, and a stay at the Banyan Tree Ringha Resort. Two magnums of the 2013 release and 12 bottles (750 ml) of both the 2013 and 2014 round out the offering.

The altruistic fun unfolds on Friday, January 26, with 17 various vintner dinners presented at the homes of event trustees. Saturday’s menu of amenities includes a grand tasting on the Ritz-Carlton’s lawn—with more than 30 participating wineries—prior to the auction itself, and an after-party with live music and dancing. The gala for giving closes with a Champagne brunch on Sunday. Tickets for the 2018 Naples Winter Wine Festival start at $10,000 per couple.