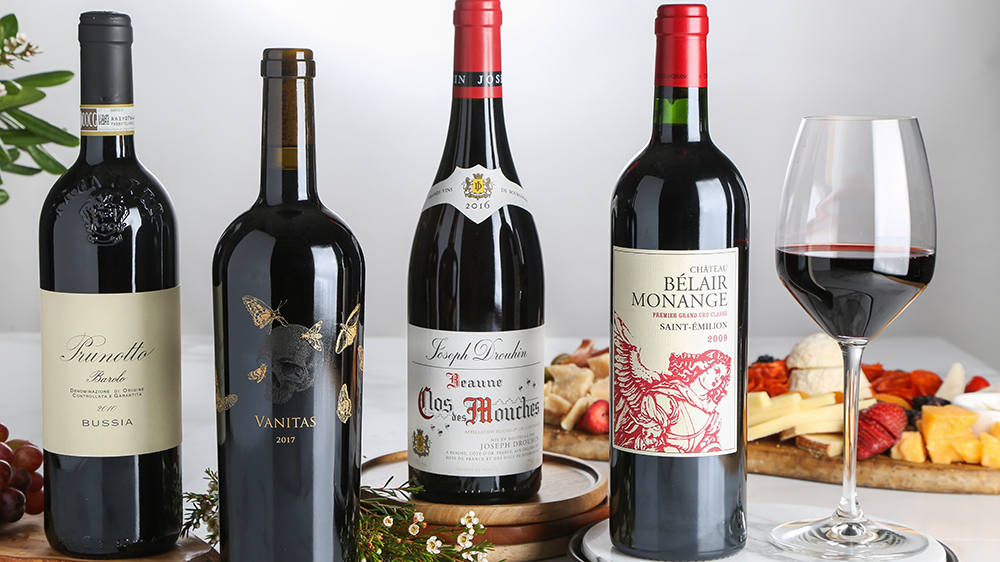 When a winemaker known for its signature bottle starts making a companion sipper that mines the same or similar terroir, using the same varietals and going for a similar flavor profile, we want a taste. Especially if it’s offered at a lower price point but still breathes the rare air of fine wine.

One such “little sister” is Vanitas from Memento Mori. The current, inaugural release is from 2017, though the 2018 is imminent. Owners Adam Craun and Hayes Drumwright told Robb Report that in making Vanitas, they wanted to offer a wine that was perhaps more of an everyday drinker and an easier entry point than their flagship Cabernet Sauvignon, which retails for around $225 and regularly sells out. But they didn’t sacrifice on quality. The blend of grapes comes from prized vineyards that winemaker Sam Kaplan sought out. And while it certainly has the structure to age for a decade, it’s made to drink now, rather than after substantial time in the cellar.

A defining characteristic of these little sisters is that they’re not meant to be mass-market wines. They’re still difficult to acquire; for Vanitas, only 55 cases were made. And they’re not available at the Memento Mori tasting room in Napa or from the winery’s website. The wine is currently available only through the second edition of Robb Report‘s Rare & Fine wine program, released in partnership with Wally’s Wine & Spirits.

Vanitas itself is a Cabernet Sauvignon comprised of grapes sourced from plots around Napa Valley. Scents of roasted meat, tobacco and black cherries greet you at the glass. On the palate, the wine tastes of both savory herbs and rich fruit, with an elegant balance between that richness and strong but smooth tannins.

That bottle joins three others in the latest Rare & Fine offering, all of which are library wines that have some age on them. The selected release of older vintages has gained ground recently both domestically and internationally. Stateside, wines tend to launch younger, mostly because of the economics of annual releases and the amount of cellar space required to age many vintages at once. But with the recent years of devastating fires tainting or burning whole vineyards and recently harvested barrels, winemakers in Napa and Sonoma have added more library releases into the mix of annual offerings. In France and Italy, however, wine is often allowed to accumulate a few more ticks of the clock before making its debut. Still, some estates will hold back a stash, especially from a stellar year, only to release it in limited quantities later on through trusted outlets, so buyers can be assured the quality of the wine is ideal and provenance is intact.

We are thrilled to include an elusive Bordeaux in the mix of the second Rare & Fine wine curation: the 2009 Château Bélair-Monange. The estate has some of the most extraordinary and historical terroir in Bordeaux, tracing its origins to Roman times. Under the guidance of famed winemaker Edouard Moueix (who also oversees Napa’s Dominus wine), this particular vineyard takes advantage of its perch atop Saint-Émilion’s legendary limestone plateau. The stony soil offers a vivid minerality and delicate scents, while the denser clay of the hillside gives the wine both power and elegance.

The Saint-Émilion region enjoyed an incredible year in 2009, resulting in one of Château Bélair-Monange’s finest bottles to date. Now, with nearly 12 years under its belt, that vintage is even more spectacular. Raspberry fruit, dark plum and crushed rock on the nose lead the way to lush flavors of black currants and black cherries. Velvety tannins offer a perfect backbone to the medium-full-bodied texture. Seductive and racy, with a mouthwatering, mineral-driven finish, this library bottle comes direct from the estate’s personal cellars and ensures the best possible provenance.

While Bordeaux had an outstanding 2009, Italy’s storied Piedmont region enjoyed a banner year in 2010, so we’re pleased to include a Barolo from that vintage—Prunotto’s Bussia Barolo—and from one of our favorite winemaking families, the Antinoris. You might know them for their Tignanello, a Sangiovese blend made famous by Meghan Markle.

Prunotto is one of Piedmont’s great wineries, as rich in history as the Antinori family (they’ve been making wine for six centuries), and its Bussia vineyard one of its most premium plots. Located in Alba (of truffle fame), the winery sits between Barbaresco and Barolo. The Antinoris took over the Prunotto estate in 1994. The 2010 vintage was a fantastic one, despite having a chilly start and some wetter weeks. It’s become known as a defining year in Barolo, delivering extremely high-quality wines.

The magic of Prunotto Bussia Barolo starts with the Nebbiolo grape, which has given us some of the most elegant and age-worthy wines in the world. Nebbiolo enchants with precise, pure notes of cherry and strawberry, and its nuances become even more pronounced with age, developing secondary notes of rose, porcini and sage. The complexity and balance of the Nebbiolo grapes are enhanced by the Bussia vineyard’s diverse south and southwest exposures and traditional aging in large oak barrels.

Coming from the estate’s private library stash, the 2010 Bussia lives up to the hype. It releases beautiful aromas of ripe berry, florals and spice. Powerful, pure flavors of red cherry, citrus zest and earth greet the palate with supple but ample tannins, even 11 years on. Its full body and significant structure make it a perfect match with meat and cheese.

In another famed winemaking lineage, the Drouhin family has consistently produced wines of finesse and elegance since Maison Joseph Drouhin’s inception in 1880. The estate has built a reputation for crafting wines that perfectly reflect individual terroir and vintage characteristics like few other domaines in Burgundy. It has also taken a biodynamic and sustainable approach, using only natural products in the vineyards and its winemaking practices to show the utmost respect for the soil, the vine and the environment.

We are excited to share a stunning Pinot Noir on the maison’s 100th anniversary: the 2016 Beaune Clos des Mouches Rouge, Premier Cru. The 2016 vintage in Burgundy was exceptional but the harvest’s very low yields have made the wines rarer and more sought-after.

Clos des Mouches was one of the original vineyards Maurice Drouhin bought in the 1920s and is one of the most famous Premier Cru vineyards of Beaune. It’s named after the honey bees, or “mouches à miel” (literally, honey flies), that were once on the vineyard. The 2016 opens with fresh scents of sweet, dark berries, black cherries, fresh thyme and espresso. On the palate, it’s pure and polished with a core of black fruit and signature soil. Elegant tannins provide great length and grip on the suave, complex finish. This wine will continue to evolve for the next decade plus, but we suspect you might not have it that long.