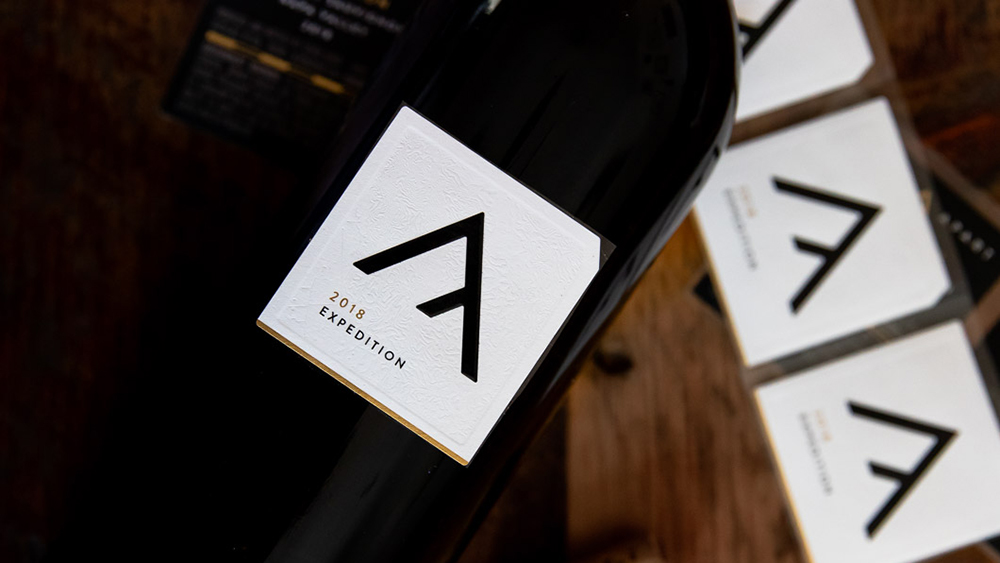 When it comes to Napa Valley resumes, the “Winemaking Experience” section of Andy Erickson’s reads like a fantasy lineup: Screaming Eagle, Harlan, Staglin, Dalla Valle, Ovid. And let’s not forget the cool, postage stamp of a winery he owns in up-and-coming Coombsville, Favia, with his viticulturist wife, Annie Favia. Those high-scoring and highly allocated brands might share marquee status, but what they don’t share is cookie-cutter character. Erickson has earned his own legend status by working with the unique terroir of each site, to make wines that are their best selves from that place.

Now he’s done it again, creating wines from new Seven Apart that showcase a vineyard high on Atlas Peak: Stags Ridge, planted in 1999 and more recently purchased by Don Dady in partnership with Jason Kyle, former long snapper for the Seattle Seahawks. Erickson tells me that he had never made wine off Atlas Peak before, but this site (which, according to rumor, has produced at least one 100-point wine) completely intrigued him. “I had worked with fruit from Pritchard Hill,” he says, “not far at all as the crow flies, and at precisely the same elevation.” (For Pritchard Hill pedigree, think Chappellet, Bryant Family, Colgin Cellars, Ovid and Tim Mondavi’s Continuum Estate.) “So I knew it would make something compelling. Sure enough, it turned out to be true.”

Erickson makes coaxing out the site’s potential sound easy: “Really, we’re just managing the stress in the vines, to induce great tannin and aromatic production. The soils are incredibly rocky, so we’re able to let the vines feel just enough stress that they produce small berries with excellent phenolic maturity. With the elevation being so high (nearly 1,500 feet), temperatures stay relatively cool, allowing us to harvest with a fairly long season, which adds to the complexity and gives the tannins in the wine a fine grain.” With equal understatement, he describes the character the site delivered in Seven Apart’s first three Stags Ridge Vineyard Atlas Peak Cabernet Sauvignons. “The wines are very dark,” he says (indeed, these are inky beauties) “aromatic and powerful, but nuanced and balanced. They have a seriously strong character, but are also very appealing.” (Read: tough to hold in your cellar for long, even though they deserve it.)

The dense and perfumed 2018 Shale Cabernet Sauvignon ($240, with only 230 cases produced) packs a gorgeous punch of concentrated black fruit: cassis, black plum, black cherry and blackberry, while high-toned florals mingle with mint, gravel, forest, toasted spice and licorice, backed by impressively mature and rounded tannins. The equally concentrated 2018 Basalt Cabernet (also $240, with 230 cases) is dense and earthy, giving up aromas of crushed rock, pencil shavings, savory mountain herbs, dusty blackberries and hints of purple flowers, leading into a concentrated palate, with lovely savoriness and powerful tannins under juicy, dark fruit and Asian spices. And the 2018 Summit Cab ($365, with only 100 cases), blended from the best lots off the vineyard, delivers beautiful nuance and complexity with power. Warm baking spices, anise, cedar and graphite lead into a cascade of red, blue and black fruit, with crushed herbs, savory minerality and mouth-watering brightness.

Those miniscule production numbers might very well add up to heartbreak for those who don’t land a spot on the allocation list soon enough. But Erickson also makes a few more bottles of a blend of fruit from Stags Ridge and a smaller vineyard on the valley floor called Base Camp (precisely seven miles from the Atlas Peak Vineyard—thus the brand name—and where, incidentally, Seven Apart is opening a new, impressive winery this month, which members can visit). “The fruit from Base Camp is lush and soft,” says Erickson, “and when we blend it with Stags Ridge Vineyard, which has serious structure and muscle, it creates a wine that is dense, flavorful, round and downright tasty.” That checks out too. The just-released 2019 vintage of this Seven Apart Cabernet, called Expedition, ($450 for a 3-pack), a blend of Stags Ridge and Base Camp fruit, is remarkably balanced, its 15 percent alcohol notwithstanding. A savory edge on the nose comes from crushed rock, graphite, garrigue (that French word for underbrush aromas) and bay, opening to exotically spiced black currant. Red and black fruits—imagine a red-currant liqueur—dance on the palate against a backbone of tightly knit tannins. Freshness buoys ripeness and generous fruit an elegant structure. Or, as Erickson puts it, “it’s a wine that has broad appeal and rates high on the deliciousness scale.”

Erickson might have one of Napa Valley’s best resumes, but he knows when to ditch the wine speak!