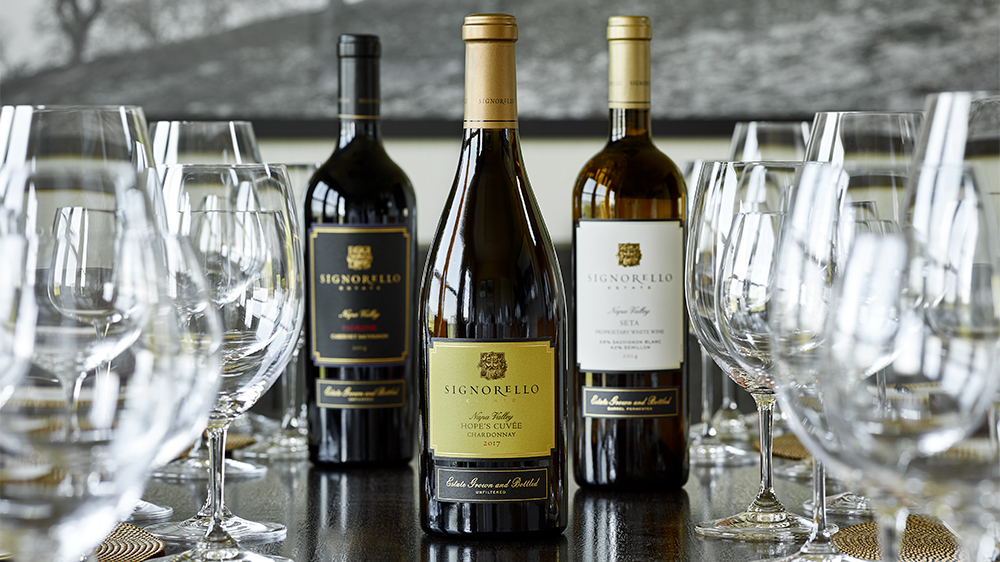 One year ago, just as harvest 2017 was winding down, Signorello Estate became the poster child for what Napa Valley lost in the devasting fires that raged across there and, even more ferociously, in Sonoma County. Stories began leaking on the night of October 8 of residents fleeing the hills east of Silverado Trail; of harrowing rescues from vineyards ringed by fire. But it was the stark image of red flames against the night sky, reducing Signorello to a skeleton, that galvanized anyone with any sort of stake – emotionally, financially, or otherwise – in Northern California wine country.

This month, Signorello has stepped up as a symbol again—this time of the wine community’s resilience and commitment to move past the fear and devastation. The winery broke ground on an ambitious, modern facility to replace the old Italianate structure in ruins.

Looking back, Ray Signorello considers himself lucky. When he was able to get his boots on the winery grounds after the fire, he found that he’d lost no vineyards, including his high-scoring 38-year-old Chardonnay vines (some of the oldest Chard in Napa Valley). While the fire “came in like a blast” down to the winery, the vineyards, with their moisture content, acted as firebreaks. For a vintner committed to estate winemaking, the relief was enormous.

Almost miraculously, the fire also skipped his crush pad, where much of the 2017 harvest rested in tanks. And his barrel-storage facility up the hill, housing 2015 and 2016, was spared as well. With his vineyards and wine inventory intact, Signorello vowed on the spot to rebuild.

Designed by architect Tom Taylor of Taylor Lombardo Architects, the new complex will include a two-story, contemporary hospitality center and separate production facility. And this time there will be caves—10,200 square feet of them.

In honor of the groundbreaking, Signorello has released his 2014 Padrone Cabernet Sauvignon ($175), a wine dedicated to his late father, Ray Signorello Sr., who bought the property 40 years ago. The wine, albeit elegantly balanced, shows a dark soul with aromas of resiny herbs and underbrush, licorice and cedar. But bright, juicy blackberry and plum flavors on the palate lend a generosity that carries the day. And as if symbolic of silver linings, the beloved 1955 Cadillac Coupe deVille that had belonged to the Padrone in question was spared.

As for the 2017 Padrone that escaped the flames? It will be released in 2020, with every intention of coinciding with the opening of the new Signorello Estate winery. In the meantime, tasting goes on—in possibly the snazziest double-wide in wine country.