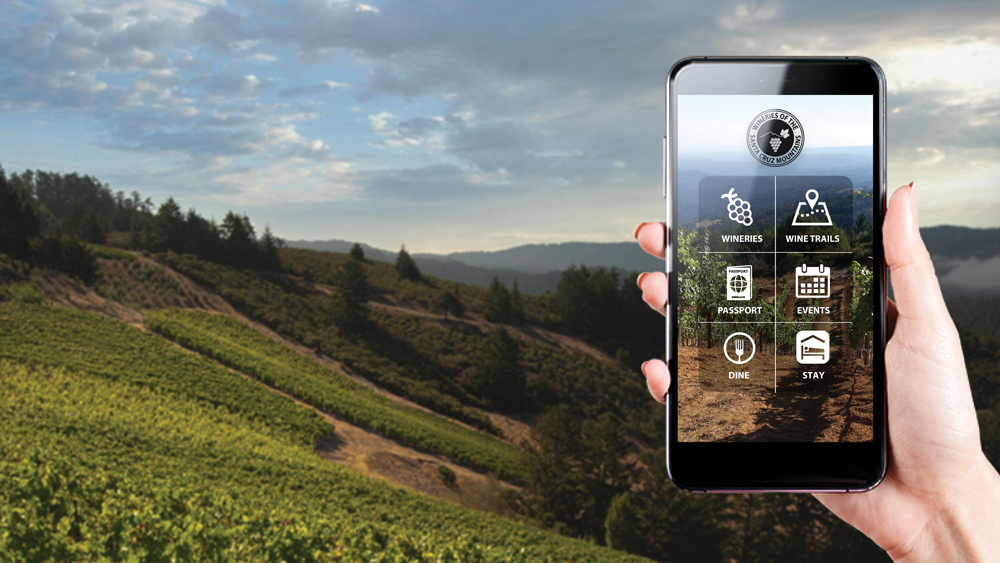 The Santa Cruz Mountains, as a wine region, is one of the best-kept secrets in the business. Capping the mountain range between the San Francisco Bay and the Pacific Ocean, from just south of the city down toward San Jose, it’s a stone’s throw from two of Northern California’s major population centers. And yet it remains hidden; its small wineries perched in clearings among the evergreens, their vineyards planted on slopes calculated to eke out just enough sun for ripeness, between shafts of fog that encourage freshness. So close, and yet so untraveled.

The irony extends to the impressive wine here as well. It seems no one can remember that the Ridge Monte Bello, one of the California Cabernets that beat out the top Bordeaux in the now-legendary 1976 Judgment of Paris tasting (all French judges making the calls, mind you)—and the absolute winner in the 30-year rematch—was from the Santa Cruz Mountains, not Napa Valley. Rather than fight the irony of seriously good bottles hidden in the mountains, the area’s maverick vintners have embraced the laid-back vibe. And curlicue backroads notwithstanding—or maybe because of them—wine tasting here is a breath of fresh air.

This fall, though, the stealth region that is Silicon Valley’s virtual backyard is going digital, with a tool for year-round tasting. On the new SCM Wines smartphone app, there’s a digital Passport is available ($65) that can be used to redeem tastings at more than 50 participating wineries on any day they are open. And while the Santa Cruz Passport program isn’t especially new (a paper version has been available for 25 years), the app lets you check in digitally, as well as search info about all the wineries and filter for wine varieties, location (want a few places near you?), and special amenities (especially handy if you have your pup in tow).

The app comes just in time for the last of the region’s Passport Celebration Days, November 17—one of four each year, when some otherwise closed wineries open their doors to the public, and many offer live music and treats. To whet your appetite, here are a few terrific bottles from these mountains. While not every winery listed here participates in the Passport program, the wines are all worth hunting down in lieu of making the trip.

Wild mountain herbs, black olive, smoked meat, and tobacco leaf lend a dark side to this Syrah from Big Basin. But violets, along with rich and vibrant blueberries, give the firmly structured wine great appeal ($55).

This is a classic Chardonnay from Mount Eden—itself a classic fixture in the mountains above Silicon Valley. Delicate orchard blossoms balanced by an earthy quality lead into a gorgeously rich but fresh palate of apple, creamy lemon, and hints of hazelnut, with a touch of oak spice showing on the long, intense finish ($65).

A newer player in these hills, Rhys has quickly become somewhat of a cult producer, its wines elusive. But this downright Burgundian Chardonnay is worth a search, an energetic streak of salinity and crushed-rock minerality underpinning delicate honeysuckle, green apple, and crisp citrus through a beautifully persistent finish ($100+).

Made up of 77% Cabernet Sauvignon, 11% Merlot, 7% Petit Verdot, and 5% Cabernet Franc, this latest iteration of the wine from Ridge that came out on top in the 30-year rematch of the Judgment of Paris tasting could easily go toe-to-toe with its current French counterparts. Lovely blackberry, red plum, and cassis are wrapped in barrel spice and layered with dark chocolate, violets, and earth, all marked by fresh energy and a restrained alcohol level ($215).