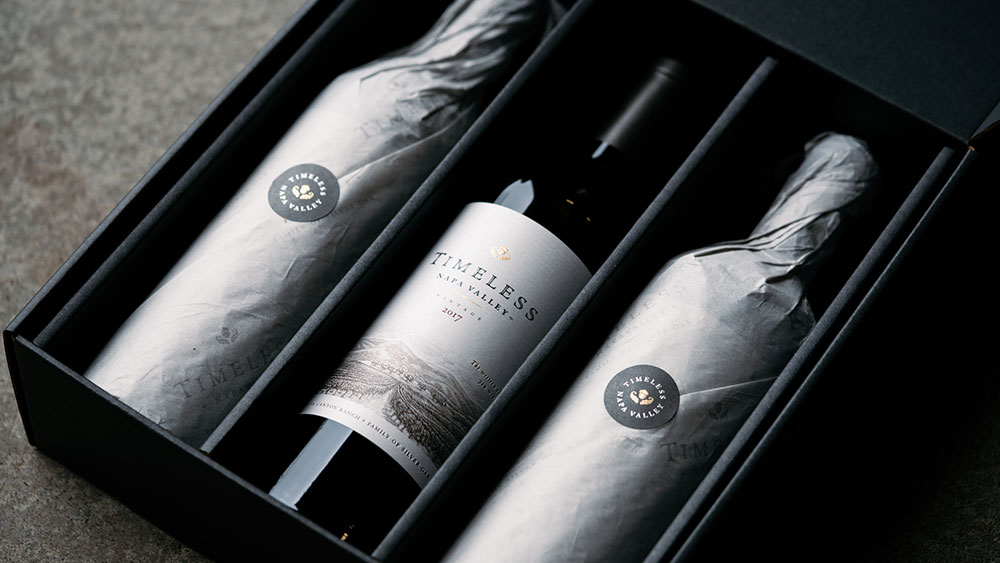 For more than a few collectors, Silver Oak comes awfully close to being a synonym for California Cabernet. Launched in the early 1970s, the producer’s two Cabs—one from Napa Valley, the other from Sonoma’s Alexander Valley—earned cellar space quickly for impressive ageability. The iconic water tower—on Silver Oak’s Oakville property and depicted on the label—is recognized world-wide. Even the smell of the wine is memorable: hints of vanilla and coconut from the American oak barrels founders Ray Duncan and Justin Meyer chose for aging their Cabernets.

This month, Silver Oak has released its first new brand since it branched out with Twomey two decades ago: Timeless Napa Valley. The wine, a tribute to the late Ray Duncan (the song “Timeless,” printed on the back label, was co-written by Ray’s son David—now chairman and CEO—for the elder Duncan’s 85th birthday), is an exploration of terroir akin to that of a single-vineyard Bordeaux blend. It’s also out in front of the welcome evolution we’re seeing among top California Bordeaux-style producers: the ability to achieve generous and complex fruit flavors while restraining ripeness, so vibrant acidity holds interest on the palate. And it has ditched American oak in favor of French. “We’re not purists on American oak,” says David Duncan. “Just for Silver Oak! To make a distinct wine inspired by the greatest wines, and to make it distinct and apart from Silver Oak, using French oak was a great choice.”

The site celebrated by Timeless, Soda Canyon Ranch—actually a quilt of six vineyards the family has owned and farmed since 1999—has long been the foundation of Silver Oak Napa Valley. “As we’ve made wine from all the various blocks over the years, we’ve learned so much about the ranch,” says Duncan. “To put those together in a way that truly shows its potential was a natural.”

The inaugural 2017 Timeless Napa Valley, from winemaker Nate Weis, is in fact a complex, seamless beauty, unfolding endlessly with high-toned aromas of lavender, tobacco, forest, sage, anise, exotic spice, pepper and espresso under dusty red berries. With lovely tension across the palate, flavors evolve from red cherry and plum to darker fruit, with a pronounced and welcome savory side and grippy but tamed tannins. It has that hallmark of a great wine: a sense of the myriad characteristics a place conferred in a moment of time while maintaining a structure that will let the wine age for many years.

Remarkably, for all of that, it shares the elder Duncan’s art of never taking himself too seriously. As David Duncan reports, “Ray always put ice cubes in his Twomey Sauvignon Blanc. No one judged him. When we toasted his life shortly after he passed, we did it with a glass of SB, on ice.”