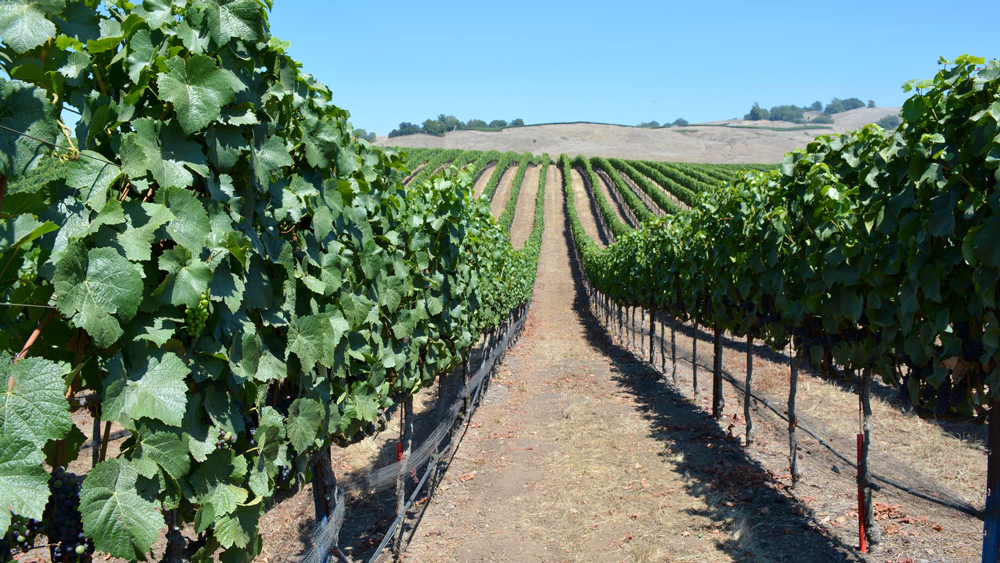 Where’s the intersection between wine and politics? A proposal for a new AVA—American Viticultural Area—is as close as it gets. Rickey Stancliff, owner of Trombetta Family Wines (and whose daughter, Erica, is winemaker), recalls her aha moment about the connection during a general wine-ambassador (read: marketing) trip to Washington, D.C. She and her Sonoma cohorts were invited to pour their wines at a regular Congressional Wine Caucus gathering. (Yes, it’s a thing, and according to northern California U.S. Congressman Mike Thompson, who cofounded it, it’s probably the only bipartisan group on Capitol Hill these days.)

That evening, Stancliff had a cause that was stalled. As a board member of the Petaluma Gap Winegrowers Alliance, she had signed on to champion the application for official AVA recognition, a cause that had been in the works for about 15 years. The process is never easy; proof must be offered that specific geology, soil, and climate factors create distinctive character in the wines grown within very specifically drawn boundaries.

Stancliff is passionate about the distinctions of Petaluma Gap, which Sonoma shares with part of Marin County. During the growing season, the brilliant sun warms things up. At about 3 pm, though, the warm air above begins pulling in the cooler air over the Pacific through the east-west hills of the gap. “The breeze has been clocked repeatedly at eight miles an hour,” says Stancliff. The plants slow down, she explains, giving the fruit longer hang time and greater phenolic ripeness. In that cool breeze, too, the berries remain small and develop thick skins, resulting in concentrated wines come harvesttime. Best of all, according to Stancliff, the cool afternoons, evenings, and nights keep acidity levels high, “making the wines sing.” While some AVAs credit specific soil for their distinctive terroir, in the Petaluma Gap, which has wide-ranging soils, she says, “It’s the wind.”

On that Wine Caucus night in June 2017, the Petaluma group knew they had all their ducks in a row and even had a letter in hand from the TTB (Alcohol and Tobacco Tax and Trade Bureau, which oversees AVA decisions) saying as much. They had measured, recorded, and reported all the necessary intricate data. But in a year of political transition, movement was stalled amid changing personnel priorities and bureaucracy. In the wine-hour conversation with Congressman Thompson that night, Stancliff realized the value of the connections in the room. And in fact, Thompson, with the help of his colleague Jared Huffman, navigated the Gap’s approval process through the TTB, getting the paperwork to the top of the stacks and the final sign-off on December 7, 2017.

As you might expect in these weather conditions, the Petaluma Gap is a region of bright, concentrated, and nuanced Pinot Noirs and Chardonnays. Stancliff’s own Trombetta bottles stand as evidence. Other top-notch vintners are also producing beautiful wines from Gap fruit: Flowers, Three Sticks, Walt, and Kosta-Brown as well as larger producers like Rodney Strong and Boisset Collection.

But worth serious notice, too, is a distinctive cool-weather style of Syrah. Ramey Wine Cellars 2014 Rodgers Creek Vineyard Syrah ($65), for instance, is dark and savory. Brooding aromas of tobacco leaf, leather, black olive, and smoked meat strike a dark note lifted by haunting florals. Flavors of blueberry and raspberry follow, but the palate isn’t about fruit; it’s about pepper and spice, anise and minerality. This is Syrah, Petaluma Gap style.