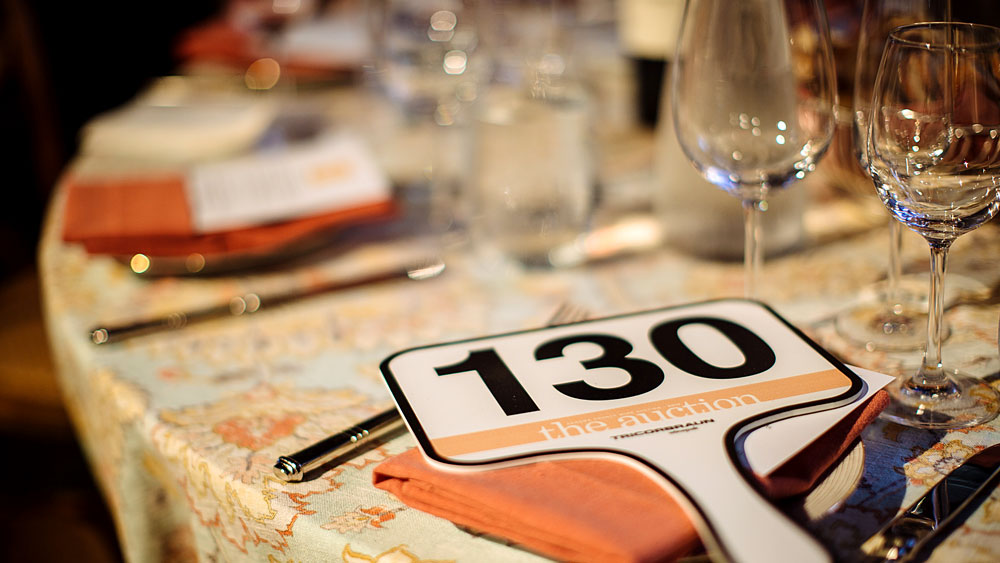 Not so long ago, the Sonoma County Wine Auction had the air of a homegrown talent show. Song and dance routines were gamely (and sometimes seriously) staged by some of the region’s most prominent vintners to the delight and amusement of their cohorts in the wine community, and the guests prepared to raise paddles. The show was a purposeful study in contrast to the slickly produced Auction Napa Valley—and useful for a time.

But as the well-worn comparison between the two wine regions themselves—Sonoma playing country bumpkin to Napa’s society circle—became tired and, more to the point, increasingly inaccurate, the local performances began to play second fiddle, as it were, to the rising stars of Sonoma’s highly sought-after wines and the more and more exclusive adventures offered with them at auction.

And while no correlation can be claimed between the retirement of the last dancers and the growth in revenue the auction has brought in year-over-year, the numbers are striking. To date, the Sonoma County Wine Auction has raised more than $29 million for local charities. It’s simply among the top live auctions in the country is and the county’s largest fund-raiser for literacy and education programs, health and human services, the environment, and the arts.

This year during the event on September 20 to 22, one cause stands out in timely need: affordable housing. This is not the general shortage decried across the country; it’s extremely local, affecting the bread-and-butter workers in vineyards and cellars, hospitality, and more. Honorary auction chair George Hamel Jr. of Hamel Family Wines says it best: “Our community lost more than 5,000 homes during the wildfires last year. Housing is a basic and fundamental need, recovery is going to be a long-term effort, and we want to do our part to help those adversely impacted.” That part will come when Lot 22 is called—Fund a Need, when paddles can be raised entirely for the cause, sans wine or adventure.

That said, great adventures are on offer! Win Lot 16, and you’ll find yourself in Mazzo di Valtellina, a private castle near Italy’s Lake Como, drinking much Christopher Creek wine. Take Lot 11, and tickets on the Center Court for the 2019 Wimbledon Men’s Final are yours, to say nothing of a multi-vintage collection of large-format bottles of highly allocated Vérité. From a weekend with Emeril Lagasse to an evening at next year’s ESPY Awards, the bespoke experiences that will be auctioned off on September 22 at La Crema Estate at Saralee’s Vineyard are compelling. At the end of the day, though, it’s about Sonoma’s exquisite wines—such as Patz & Hall, Williams Selyem, Silver Oak, and Benovia.