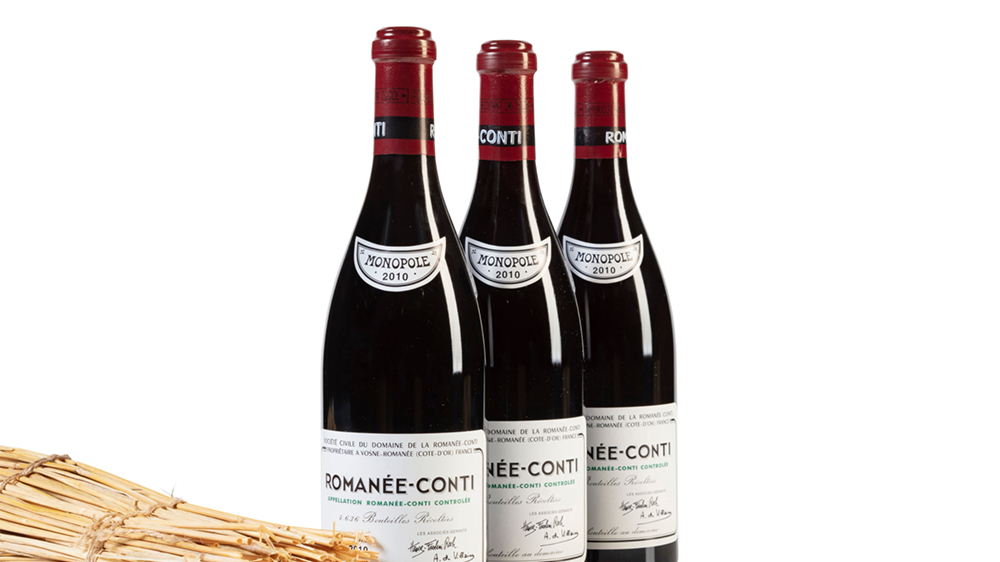 The auction house’s inaugural sale in the country, which consisted entirely of Burgundy from Domaine de la Romanée-Conti, was a complete sell out that brought in $1.5 million on Tuesday, reports Barron’s. That’s an impressive sum, but even more striking might be the fact that each of the 25 lots managed to sell in excess of its pre-sale estimate.

Each lot in Tuesday’s sale derived from the same private collection of Romanée-Conti, which is widely considered the most sought-after domaine in the Burgundy region. The rare cases, magnums and methuselahs on offer all held vintages between 1998 and 2011—including two of the label’s most coveted, 2000 and 2010. It was clear that Sotheby’s had high hopes for the sale, having placed an estimate of between $797,000 and $1.05 million on the entire collection.

But it would see that the auction house may have underestimated the demand for the domaine’s coveted wine. Each lot easily eclipsed its high estimate while nearly doubling the low target. Leading the way Romanée-Conti 2000, which sold for $404,000. That sum wasn’t just nearly twice its high estimate, it also set a new world record for a methuselah of Romanée-Conti. The previous record of $398,000 was set in Hong Kong in September. Another six-liter bottle of the domaine’s Montrachet 2000 sold for $159,000, easily doubling its pre-sale low estimate.

“This sale saw the highest level of demand from all around the world with European, Asian and American buyers being strongly represented,” Amayès Aouli, the auction house’s head of sales for Continental Europe, told Barron’s in a statement. “This collection ranks alongside the many prestigious wine collections from private European collectors that we have brought to the market over the years.”

Tuesday’s auction results weren’t just good Sotheby’s, they were also good for collectors who already had a taste for Romanée-Conti. With a sky-high auction records having been set twice in nearly as many months, things are looking good for deep-pocketed Burgundy lovers.