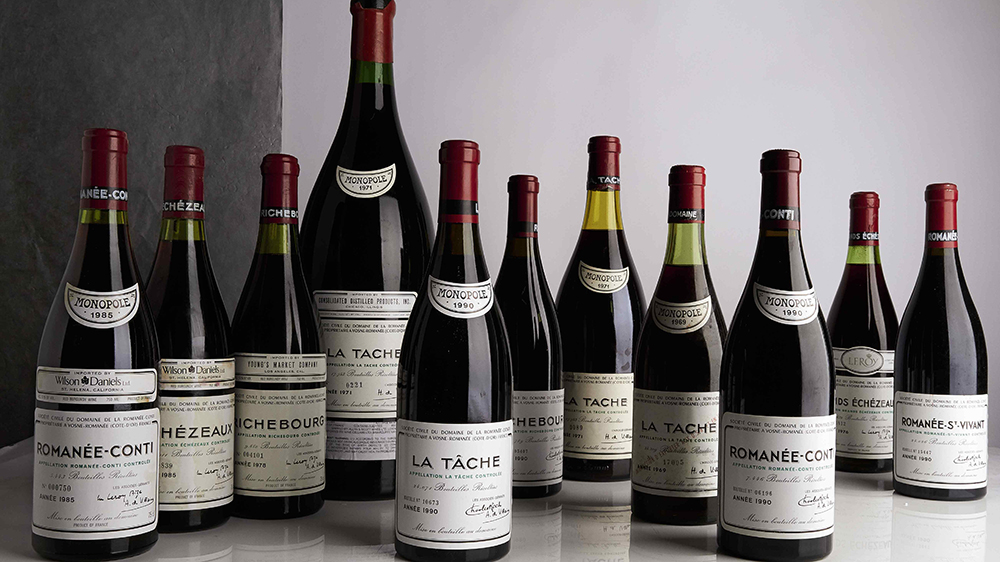 Just when you think a weekend wine auction—or a single bottle—couldn’t possibly rake in more dollars, records are shattered once again. Sotheby’s Wine did just that last year on both fronts with a two-day series of auctions in Hong Kong that brought in more than $29 million and a single bottle of 1945 Romanée-Conti that went for $558,000.

Now, superlatives are swirling again about a lineup from a single private collector Sotheby’s is putting on the block in Hong Kong from March 29 to 31—“The highest-estimated wine auction in history!” the headlines read. To be sure, “lineup” is a weak understatement for the 16,889 bottles of wine in this collection from the anonymous “Transcendent Wines,” a longtime aficionado who reportedly started acquiring early. Top producers from Burgundy, Bordeaux, the Rhône, Champagne, and Italy will all be represented. If you’ve ever coveted old Domaine de la Romanée-Conti, this is your best chance (there will be 250 lots). Fans of Domaine Coche-Dury? The most complete library (600 lots) is going under the gavel. Mature Champagne lovers will have access to a vast range of Dom Pérignon from the 1960s and ’70s. And the who’s-who list goes on, the upshot of which is that serious collectors around the world should ready their virtual paddles.

A look back at 2018 for Sotheby’s Wine, the leader in live auction sales and therefore a bellwether, suggests that the numbers expected for this auction ($19 to $26 million)—and the figures mentioned above—aren’t flukes in the secondary wine market. The firm’s wine and spirits sales topped $100 million for the first time, and that was a 50 percent surge over the year before. Drilling down into the forces behind those numbers yields insights for collectors, seasoned or new.

The most obvious driver of last year’s sales, according to Jamie Ritchie, worldwide head of Sotheby’s Wine, was a very strong demand for top Burgundy and Bordeaux. In 2019, he sees the Burgundy demand continuing (for both red and white), “followed by mature Bordeaux, Rhône, and Champagne—all in excellent condition,” Ritchie adds. (Which is, of course, a Sotheby’s promise.) The interest in Bordeaux, he projects, will increase incrementally after a relatively flat period, but he offers this tip: “Younger Bordeaux from the best vintages, such as 2005, looks like very good value, and should start to appreciate.”

Montrachet on the Sotheby’s auction block in Hong Kong in March.  Courtesy of Sotheby's

Putting the market into perspective, Ritchie acknowledges that demand will be affected by the global financial markets, a fact that inserts some question marks. In the long term, though? “The volume of fine wine is relatively fixed: Each year we get one new vintage, plus a few new vineyards, less the older wines that have been consumed.” (It’s hard to argue with that math.) He’s optimistic about that. “I believe more and more people around the world (both geographically and demographically) want to drink, enjoy, and collect these wines, so prices have to continue to increase over the long term.”