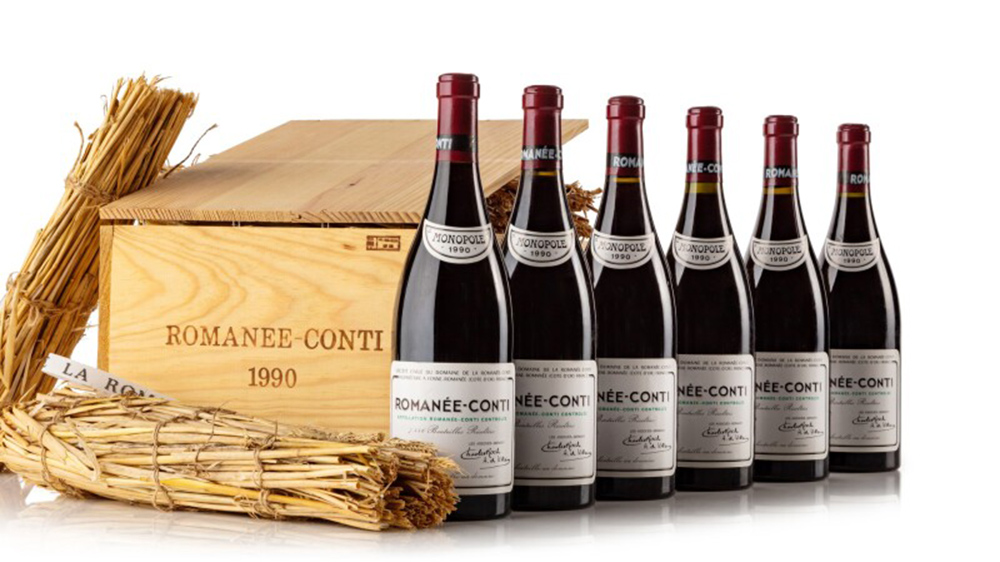 Sotheby’s is more than happy to keep helping wine collectors quench their thirst for Burgundy.

The auction house’s wine division will oversee the sale of a private collection of Domaine de la Romanée-Conti (DRC) in France next week. The 60 lots that on offer include some of the best vintages produced by the domaine, a jewel of the Burgundy region.

Every bottle, case, magnum and methuselah in the collection was purchased upon release by its anonymous owner directly from DRC, according to Sotheby’s. They were then stored completely undisturbed in a temperature- and humidity-controlled warehouse located in continental Europe. The auction house isn’t just taking the seller at their word, either. A team of its wine experts were dispatched to examine the red wine earlier this month.

Of particular note to oenophiles is a case of six bottles of Romanée Conti 1990. The vintage is considered one of the domaine’s finest and it’s rare to see six bottles available at once, according to Barron’s. The case is expected to sell for between $147,000 and $189,000. Another highlight is a methuselah of Romanée St. Vivant 1999. The “almost black” wine has a rich taste and a nose with hints of coffee beans and fruit. It could fetch between $47,000 and $63,000.

“This historic Domaine has, happily for us all, benefited from ownership of the highest reputation,” Serena Suctliffe MW, the honorary chairman of Sotheby’s Wine, said in a statement. “The vintages in this sale cover the period when co-owner Aubert de Villaine was presiding over this astounding terroir and his meticulous care and attention to detail have marked the array of crus and years we are now offering.”

The entire collection will hit the block on June 30. The 60 lots are expected to bring in a total between $1.26 million and $1.68 million. Don’t be surprised if that figure ends up being more. Last November, another sale of DRC, which was Sotheby’s first wine auction held in France, fetched $1.5 million, which was nearly twice the low estimate and 50 percent more than the high.