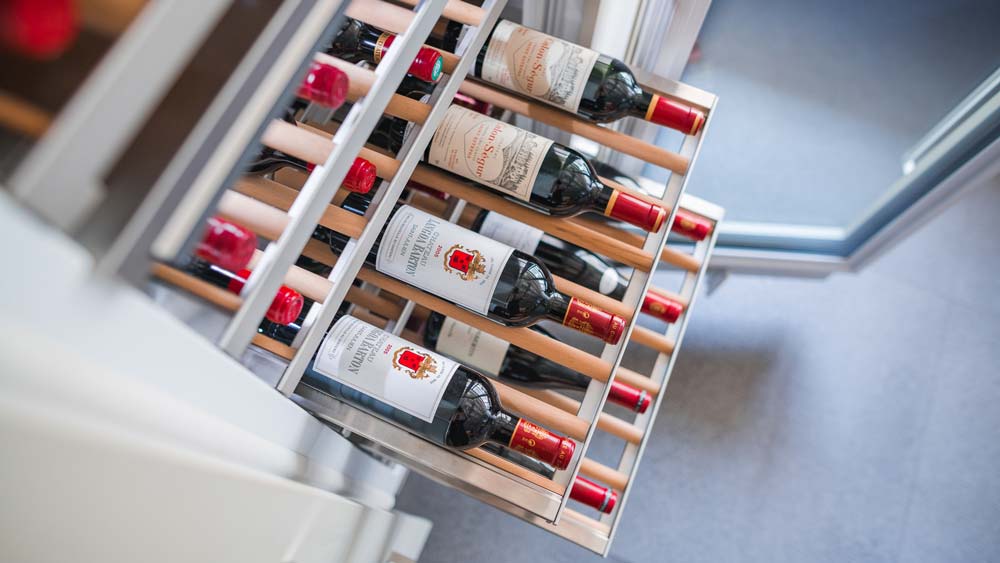 For patient collectors, watching a wine cellar slowly fill with bottles that promise delicious drinking down the road (or a healthy return on investment) is deeply satisfying. And Sotheby’s Wine—both its auction and retail programs—is a long-trusted resource for that journey. But, say, you just purchased a home with wine capacity you’ve never had before or you just want to jump-start the collection process instead of starting from scratch. Now Sotheby’s has your back, too. The venerable wine firm has just announced a series of Instant Cellars, available in its New York and Hong Kong retail locations, as well as online, and delivered in some cities within 24 hours.

Four cellar collections are available in the New York edition of the program, chosen by the company’s specialists in wine regions around the world and tailored by price, quantity, color, and region for different collection goals. Cellars 1 and 2 are geared toward collectors starting out who are interested in exploring and increasing their knowledge through introductory and intermediate experiences, respectively. Cellar 3 is for those who are a little thirstier and a little more ambitious. And Cellar 4 is designed especially for investment.

Julia Gilbert, Sotheby’s vice president and senior wine advisor, describes her team’s goals in curating the four levels: “Cellars 1 through 3 aim to provide a range of styles, regions, and price points to offer a complete cellar with options to suit many different occasions, with the key difference being a greater variety of wines within regions and a greater range of price points as you move from Cellar 1 to Cellar 2, then to Cellar 3. Cellar 4 represents wines that we have selected after careful market analysis because of their great quality-to-price ratio and their potential for appreciation. These are regions, producers, and vintages which we have identified as being built to last, likely to increase, and still [be] a terrific value.”

By way of illustration, here’s a sample taste:

This is obviously just a sampling, and more than one bottle of each selection is included in each cellar. But there’s also a little wiggle room to adjust to your taste. If, for example, you’re only interested in French wines, Sotheby’s team will tailor your cellar in that direction. And to keep your collection on track for the long haul, the auction house has just launched a Collection Management and Advisory service, offered by a group of experts led by the aforementioned Gilbert.