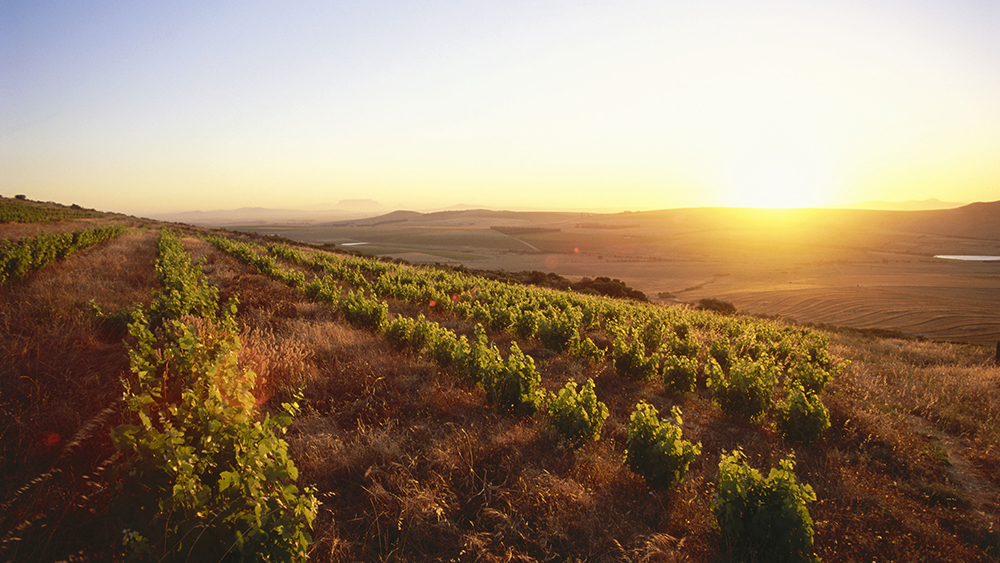 At the base of the Paardeberg Mountain some 50 miles north of South Africa’s famed Cape Winelands lies the Swartland, a harsh and arid region home to a number of independent wineries producing some of the country’s most distinctive and sought-after bottles. But with around 40 percent of Swartland wines never traveling beyond the country’s borders, one has to wonder if South Africa is happy to let the rest of the world quaff its more renowned Pinotages and Sauvignon Blancs while keeping the best stuff for itself.

Unlike the tidy Cape Winelands vineyards of Stellenbosch, Franschhoek and Paarl, lined with rows of pristine vines, the Swartland has unkempt, untrellised old-bush vines carrying less familiar varietals such as Sémillon Gris, Carignan, Cinsaut and Tinta Barocca. The harsh climate—hot and breezy by day, cool at night—is ideal for Rhône varieties and Chenin Blanc. And despite their rugged, unfussy beginnings and general lack of high-dollar marketing offensives, Swartland wines (and winemakers) have racked up numerous awards in recent years.

“The combination of extreme climate and an abundance of old vines and ancient viticultural soils gives us healthy grapes that have a natural concentration of flavor and a perfect balance of texture and freshness,” says winemaker Chris Mullineux, of Mullineux & Leeu, the winery he runs with his wife, Andrea. In 2016, Andrea was named the top winemaker in the world by Wine Enthusiast, and if you want to get your hands on one of the duo’s more acclaimed labels, such as the mineral-forward Granite Chenin or the spicy, intense Schist Syrah, be prepared to do some legwork: Mullineux & Leeu produces only 100 and 200 cases a year, respectively.

“We only choose the absolute best barrels for the final wines,” says Chris, who forgoes releasing a vintage at all when the product is not up to his rigorous standards. And many of the independent winemakers in the region are similarly scrupulous about quality and seemingly unconcerned with scale; a few thousand cases per year could be considered a typical release. Eben Sadie, founder of Sadie Family Wines and winner of the 2017 Winemakers’ Winemaker Award from the Institute of Masters of Wine, produces just 6,000 cases annually. The public allocation of his bottles—including the layered and earthy Columella, made with Syrah, Mourvèdre, Grenache, Carignan, Tinta Barocca and Cinsault, and the textured Palladius, with notes of apple and pear from a blend of Chenin Blanc, Sémillon, Grenache Blanc, Viognier and several others—sells out within 48 hours, mainly into private cellars.

Like much of the South African luxury industry, Swartland wines represent a tremendous value at the moment, and in-the-know exporters are beginning to take notice, with sought-after bottles landing Stateside both on shelves and online. Astor Wines & Spirits, in Manhattan, offers both the 2017 Sadie Family Columella ($160) and the Mullineux Family 2017 Granite Old Vines Chenin Blanc ($165). Even priced in dollars, they’re an absolute steal.