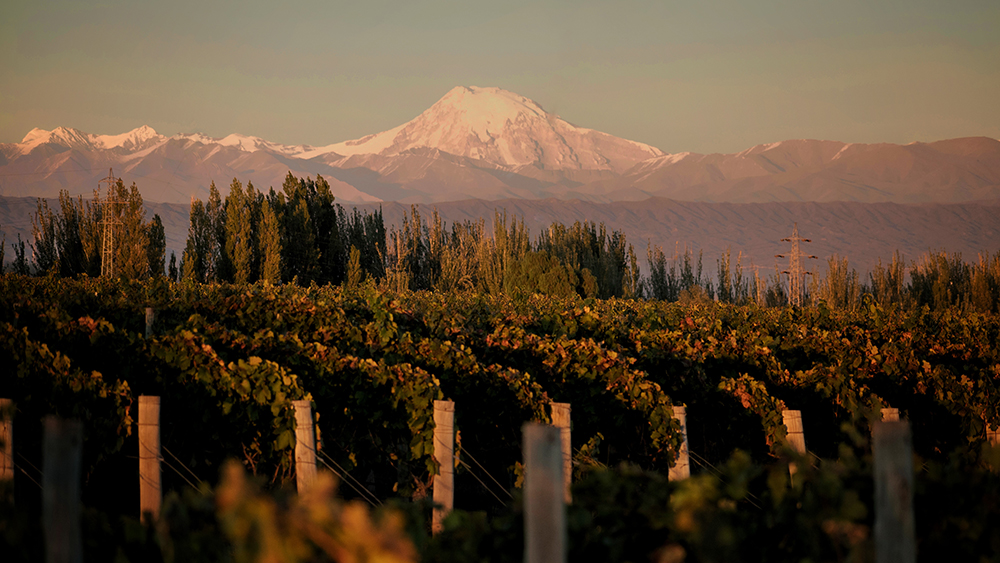 Many collectors think of Argentina as the home of well-priced Malbec and Chile as a source of easy-drinking, value-driven wines both white and red. Which isn’t wrong—just don’t overlook the exceptional, cellar-worthy vintages coming out of both countries. Today, top vintners in Argentina and Chile are crafting single-vineyard and small-plot wines that rival the best from Napa or Bordeaux: Argentina’s Achaval Ferrer, Viña Cobos, Alta Vista, Bodega Chacra and Cheval des Andes represent some of the finest from the east side of the Andes, while in Chile, standouts include Montes Folly and Purple Angel, Clos Apalta, Le Dix and Don Melchor.

Both countries have long winemaking histories dating to the first Spanish settlers, who planted grapes as far back as the mid-16th century. By the mid-19th century, wealthy Chilean landowners were importing vines from France, and the phylloxera epidemic of that era caused an emigration of Bordeaux winemakers to Santiago. Malbec and other “Bordeaux” varieties were introduced to Argentina in 1853, when Quinta Normal de Agricultura wine nursery was created in Mendoza under the direction of a French viticulturist. Both countries boast several legacy wineries still turning out superlative bottles, but there are also quite a few newcomers to the regions.

Malbec remains the star in Argentina, where it thrives in Mendoza’s high-altitude soils. Here, vineyards are still irrigated via a series of canals, dug by the Huarpe people in the 15th century, that bring snowmelt from the nearby Andes. You’ll see wineries bearing both Spanish and Italian family surnames, and you may also notice that French consultants had a hand in some of the more iconic bottlings. To look out for: Cabernet Sauvignon, red blends and, in the far south of the country, cold-climate Pinot Noir from Patagonia.

In Chile, Cabernet Sauvignon and red blends are among the finest wines on offer, although the long, narrow nation, wedged between the Andes and the Pacific, also turns out excellent Syrah and Carmenère. And while the latter was long thought to be a poor candidate for aging due to its naturally low acidity, in the right hands, in Chile, single-varietal Carmenère is made into a wine of great elegance and longevity.

Three Wines to Lay Down

The inaugural vintage from one of Argentina’s oldest family-owned wineries is a Malbec-Cabernet Sauvignon blend from Mendoza. Winemaker Pablo Cuneo spent three years selecting vineyards and plots “to obtain a clean and precise fruit character with an elegant and complex balance.” Paraiso is full in the mouth, with flavors of blackberry and black currant and soft floral notes, and will age up to 25 years, Cuneo says, “thanks to its fruit concentration, fresh acidity and tannins.”

Winemaker Enrique Tirado says higher temperatures during the growing season led to an early harvest of high-quality grapes with “good balance and concentration” for this Cabernet Sauvignon from D. O. Puente Alto in Chile’s Maipo Valley—a vintage he describes as “characterful and energetic.” At the moment, the wine exhibits raspberry and black-cherry flavors with notes of violet and Turkish delight, while cellaring will bring out “subdued earthy tertiary notes,” according to Tirado, who adds that this wine will age well for another 15 to 20 years.

Grown in Mendoza’s Luján de Cuyo appellation, Alto is robust on the palate, offering flavors of cherry and black plum with bold tannins and vivid acidity that will help it to mature for another 10 to 15 years. Winemaker Didier Debono notes that the Malbec and Cabernet Sauvignon are harvested at different times, for “optimum expression of each variety,” and also aged differently before blending, with Malbec in large 600-liter barrels “for more structure and density” and the Cabernet in smaller 225-liter barrels “for a greater wood imprint.”