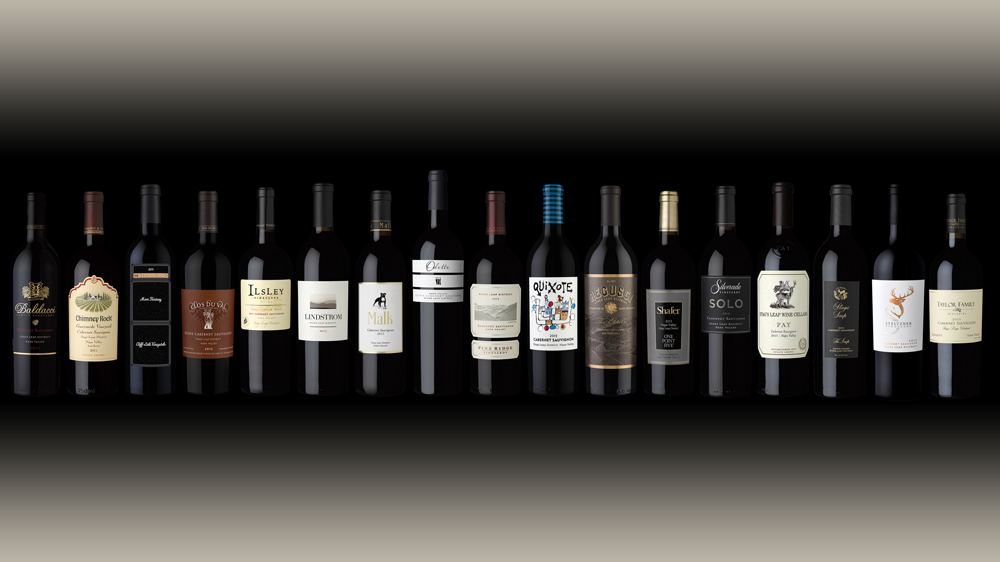 Every year—just in time to qualify as a brilliant holiday gift suggestion—one American Viticultural Area (yes, just the one) rounds up a cross section of its top bottles and offers them together as a set. The AVA in question is tiny—the smallest in Napa Valley, in fact, barely one mile wide and three miles long. The wine lineup, then, offers a remarkable collective taste of a singular strip of Cabernet Sauvignon territory.

The appellation is the Stags Leap District, tucked up against the Vaca Mountain Range on the east side of the valley and towered over by the craggy palisades, among which the storied stags did, well, leap. (Given Napa’s deer population, they probably still do.) The daytime warmth collected and reflected from the stony hillsides and the nighttime chill funneled by the same—together with the region’s volcanic soils—produce wines of deep complexity and deceptively soft tannins (famously described as “an iron fist in a velvet glove”).

This year’s Stags Leap District Appellation Collection focuses on the 2015 vintage, a year with spells of fairly intense heat leading to an early harvest. Yields were painfully low in many cases, though according to many winemakers, that had the result of some beautifully concentrated flavors. Each year, slightly different wineries are represented in the set. Here are some of our favorites from the 17 Cabernets on offer this year: outright newcomers to the mix, bottles from new-ish Winegrowers Association members, and a couple with Stags Leap right in the name—¸just because the apostrophe confusion is irresistible. (It’s Stags Leap District, Stag’s Leap Wine Cellars, and Stags’ Leap Winery—they’ve worked it all out in court.)

Beautifully balanced and complex, Moon Fantasy opens with a layer of stoniness under black fruit and high-toned floral notes; layers unfold on the palate—blackberry, plum, and cassis wrapped in powerful but elegant tannins.

One of the region’s newer players, from the Plumpjack Group, Odette has racked up impressive critic scores. This Cabernet is spicy, with a hit of black pepper and forest floor notes followed by lush, ripe berries, cassis, and plum edged in dark chocolate.

Opening with a complex nose of gravel, licorice, loam, and violets, this bottle of Quixote follows with red raspberries and currants in a medium-bodied frame, vibrant with energy.

Earth, black pepper, cedar, and graphite ground blackberry, cassis, plum, licorice, and vanilla flavors; taut and textural tannins give the wine power and suggest a long life in the cellar for The Leap.

Two remarkable facts back this winery: Stag’s Leap Wine Cellars produced the Cabernet (S.L.V.) that won the now-famous 1976 Judgment of Paris tasting that essentially put California on the wine map, and Fay Vineyard (which adjoins S.L.V.) was the first planting of Cabernet in the Stags Leap District, where experts at the time said it couldn’t be grown. This vintage from Fay offers a briary nose with mint and floral notes, followed by a gamut of lush berries, mocha, and warm spice layered with soft tannins.

This year’s Stags Leap District Appellation Collection—17 bottles strong, with only 150 sets available—will be offered from October 15 through December 15, for $1,999 (plus tax where required, but including ground shipping where allowed). The remarkable horizontal tasting adds up to a terroir-curious collector’s playground.