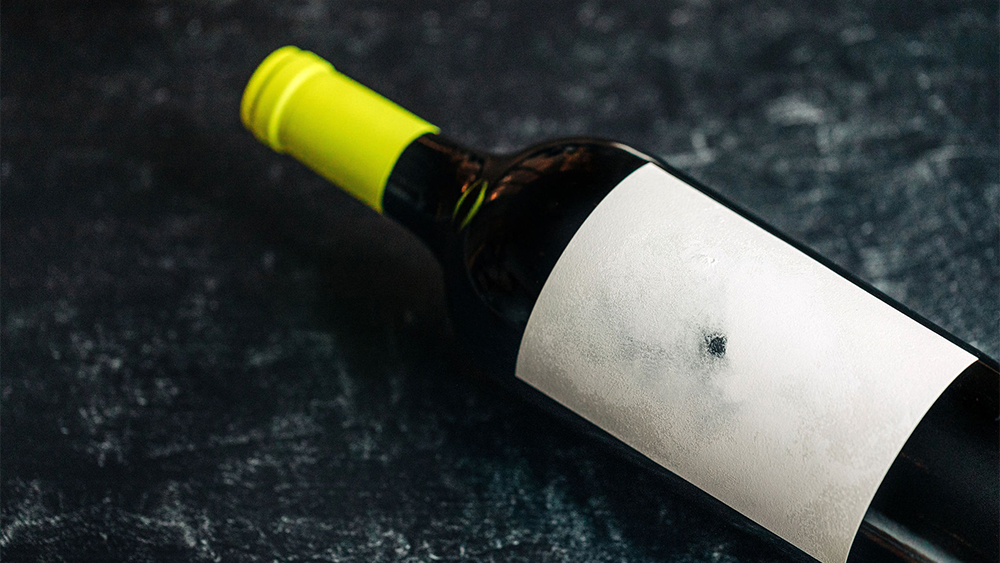 Ten years ago, when Tim and Sabrina Persson came to Napa Valley, their dance card was full. Their overt mission was a family affair: to re-focus the winery founded by Sabrina’s father, Donald Hess—well known to art lovers for its stunning gallery and popular valley-wide wines—and take it to the next level. But they had a private dream too. “Sabrina and I were looking to create a next-generation icon Cabernet that was completely our own,” says Tim. “We wanted to do something really different, which stood independently of everything else.” They even had a name for their future wine: Stalworth, an Old English word that came to be used as an “adjective for people who showed determination, bravery or courage.” Stalwart, as we know it.

It would be an understatement to call the choice of names prescient, because then this happened: In 2014 the 6.0 Napa earthquake decimated the main winery at then–Hess Collection (now Hess Persson Estates), where Stalworth was meant to be made. In 2015, when they had actually found the ideal vineyard source (and winemaker), the third year of extreme drought nixed their vintage. In 2016 a landslide shut the winery down for a spell. And in 2017, smoke from Northern California’s devastating wildfires rendered the entire crop unusable.

This much is outlined in official, depressing detail on the Stalworth website. The reality of the disasters, though, was more personal, according to Tim. In those 2017 fires, he says, “we very nearly lost our winery, and Sabrina and my children had a really lucky escape from our house on Atlas Peak, where the fire actually started.” Visiting family abroad at the time, Tim jumped on a plane when he got the news. “The fires went on for about two weeks,” he describes, “and it was basically crisis management throughout, because we were still trying to salvage the vintage without regular vineyard access or electricity. Then quite a few people at work started getting evacuated from their homes … I was camped out at a friend’s cottage near the winery. Even though the whole valley was in it together, it was still a really lonely time, and it felt like anything that could go wrong did go wrong.”

The disaster of 2014, in contrast, offered a path forward. “In many ways the earthquake was one of the main catalysts for Stalworth,” says Persson. “Once we realized we would have to fundamentally rebuild, we also could put a silver lining on the event by creating an icon wine. We were able to transform the damaged cellar into a new state-of-the-art winemaking facility in time for the 2018 harvest, and being able to make our inaugural vintage of Stalworth there felt like a triumph in the face of all the adversity we had experienced.”

From the beginning, the Perssons charted their own course for the wine. “I’m most drawn to wines and winemakers that are true to origin,” Tim says. “I have favorites from all around the valley, but the common feature is that they have not marred the distinctiveness of their locations with heavy-handed winemaking. The fingerprint is always the site or the vineyard, not the winemaker.” One could argue that every good winemaker hews to that mantra … now. A decade ago, not so much, in practice at least. As Persson describes it, when they arrived in the valley, the trend for full-blown expressions of Bordeaux wines was in full swing, for various reasons. “The thing I most disliked about it was the sameness it was driving. Napa can deliver much more diversity in flavor and expression than what was being showcased.”

Persson is quick to acknowledge that diversity is in vogue now. And the special expression of the valley they were after—then as now—comes from one particular AVA. “Sabrina and I are especially drawn to Cabernets from the Rutherford Bench. The flavors in Rutherford Cabernets show impeccable balance of ripe red fruit (think ripe cherries, plums and dark raspberries) as well as a touch of floral, anise and bay leaf, which are characteristic in the best classic-style Cabernets of both Napa and Bordeaux.”

Their preference of place (and site-focused winemaking) led directly to acclaimed winemaker Celia Welch. While Welch has worked with fruit from up and down Napa Valley (almost every AVA, in fact), through a resume that includes, among others, Scarecrow, Staglin Family, Keever, Signorello and her own Corra Wines, Rutherford was where she “cut her teeth,” as Persson puts it. “How can anyone not love Rutherford?” asks Welch. “It represents the classic Napa Valley style, embracing elegance, sophistication and timelessness.” And she saw like-minded partners in the Perssons, as second-generation vintners “fully committed to taking Donald Hess’s legacy to the next level but also aspiring to do something independently on their own. It was easy to see that these folks are dedicated to quality and bear unshakable determination.”

And at the end of the years-long roller-coaster, Mother Nature delivered a gift—a near-perfect growing season. How did it feel, when the team realized they would finally make their first wine? “At first, utter relief,” says Persson, “and then a thrill that we would have the stupendous 2018 vintage as our inaugural one for Stalworth.” Indeed, the Rutherford wine, 100 percent Cabernet Sauvignon raised in 100 percent new French oak, has pinpoint balance between richness and freshness; it’s lush while staying light on its feet. A complex perfume opens in the glass—violets swirling with cedar, earth and pencil shavings; warm spices and a hint of vanilla layered with red currant and savory crushed herbs. Juicy and generous, the vibrant, brightly spiced palate offers up layers of black cherry, plum and cassis with touches of anise and mocha over an elegant, velvet-wrapped tannin structure.

But, but, but … Does Napa really need another great—even fabulous—Cabernet among the many? There’s the winemaker’s understandable take on that: “I’m always excited to see an existing vineyard come through to its full potential,” says Welch. And then there’s her inner wine-loving consumer. “Is there room in the marketplace for one more exquisite Cabernet?” she asks. “When it’s this good, why not?”