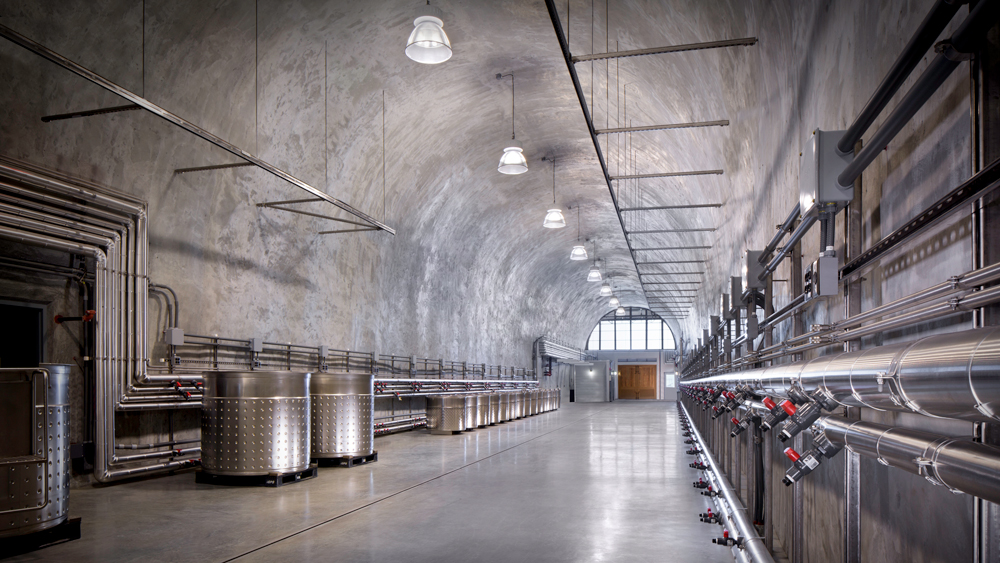 You might think that a winery in the mountains above Silicon Valley, founded by former titans of the semiconductor industry—and named Clos de la Tech—would sport all the high-tech bells and whistles the wine world has invented, and then some. You’d be right about just one thing: A symbolic silicon chip is affixed to each vineyard-designated bottle. Beyond that touch of technology? Not so much.

T.J. and Valeta Rodgers, owners of Clos de la Tech in the undersung Santa Cruz Mountains, are passionate about old-school winemaking. Cypress Semiconductor might dominate the couple’s résumés, yet T.J. has traded in the title of founder and CEO of that company for CWO (chief winemaking officer) of CDLT, as they call their winery, and Valeta has gone from senior design engineer to winemaker. The “technology” they employ now runs along ancient lines: gravity, foot-stomping, native yeast.

The location of most of their vineyards—high in the mountains on steep slopes gruelingly exposed to the elements—combined with high-density planting results in extremely low yields (generally less than two tons per acre). It also requires an unusual tractor, which is pulled up the hill by cables and controlled by a joystick (no motor, steering wheel, or brakes). In the cellar, Clos de la Tech’s hard-won fruit gets minimal handling—whole-cluster fermentation, no pumps, and bottling without filtration.

What the owners are after in their increasingly acclaimed Pinot Noirs is a profile that embraces the Burgundian balance of savory herbs, forest floor, leather, mushroom, and earth (soil and minerality) over the dominant ripe fruit that New World Pinot Noir generally revels in. As Valeta puts it, “Our wines are compact and tannic in their youth, but with age they develop powerful bottle bouquets, expansive flavors, and great complexity.” And the Rodgers are willing to hold their bottles back until those elements evolve. The 2012 is their current release; 2014 will be coming out in early 2019, followed by 2013, which needs a little more time.

Opening with haunting pine notes, earthy mushroom, pepper, and a hint of vanilla, this Pinot wraps a layer of leather around blueberry and blackberry fruit, with taut but elegant texture and power ($65).

Savory crushed herbs and damp loam on the nose are balanced by warm spice and hints of vanilla and mocha; black cherry shows a hint of tobacco leaf on a long and rich mouth-filling palate ($85).

High-toned floral aromas bring an almost feminine quality to forest notes and juicy cherry and raspberry, layered with warm cloves and a touch of pepper, in this downright pretty Pinot ($65).

A single acre makes up the Docteur Rodgers vineyard (around the Rodgers’ Woodside home), and this 2005 was released just a few months ago—a testimony to the aging potential of these wines. A sachet of dried petals and a hint of exotic spice—cardamom and cloves—lead to plum and sweet rhubarb flavors, complex and savory herb and red earth notes, and silky tannins ($200).

As of the 2012 vintage, Clos de la Tech has taken its winemaking underground. The new winery consists of three caves—each 30 feet wide, 30 feet high, and 300 feet long—stepped down the mountain to employ gravity to move the product from crushing to fermentation to aging in 100 percent François Frères oak. The deliberate lack of technology isn’t disingenuous; it’s a calculated means to bottles that can live long in the cellars of the winery’s lucky members.

If Silicon Valley Pinot isn’t enough for you, be sure to investigate Pinot Noir from Willamette Valley as well.