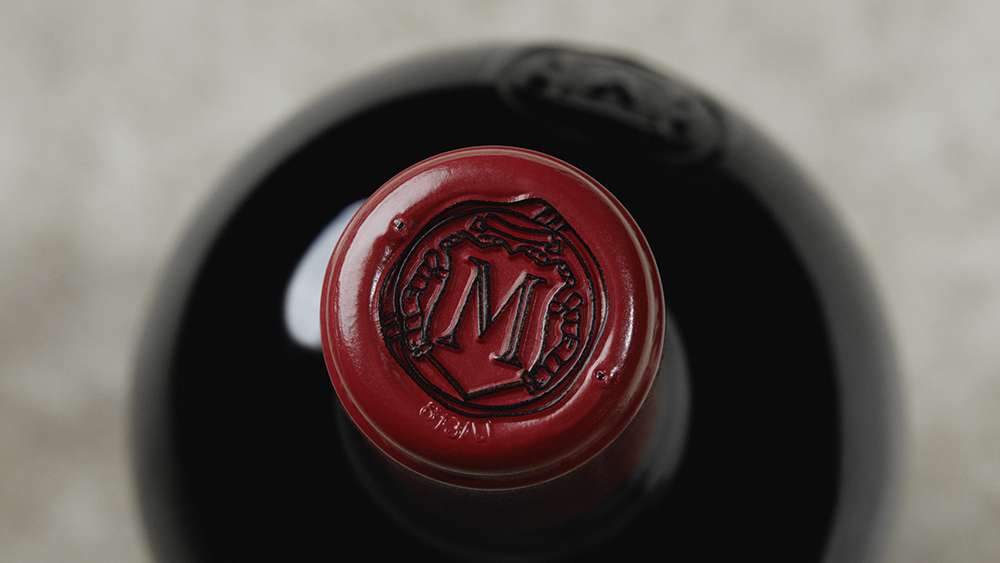 Last night in Miami, at the Great Wines of the World USA event, James Suckling, one of the world’s most respected wine critics, named Italy’s Masseto his Winery of the Decade.

Last April, I found myself in a pinch-me moment over dinner in Bolgheri, Italy, on the west coast of Tuscany. The location was deep underground, beneath the blue clay–covered hill that famously produces a tiny amount of Masseto Merlot each year ($800 or so a bottle, if you can get it at all). The guests comprised a who’s who of Italian and international wine leaders: Lamberto Frescobaldi, head of the Marchesi Frescobaldi group, which owns Masseto; Piero Antinori, head of Italy’s equally iconic wine family; Michel Rolland, winemaking consultant for many of the most lauded bottles worldwide, and more. The occasion was the grand opening of the stunning new Masseto winery whose barrel room we were dining in, over multiple vintages of the beautiful Merlot.

Seated across from me at the gala dinner that night was James Suckling, former longtime senior editor for the Wine Spectator and head of the magazine’s European bureau, and now, as CEO and editor of the platform JamesSuckling.com, Against the backdrop of Suckling’s worldwide beat, including Europe, South America, the US, Australia, and New Zealand, Italy has his full attention—he lives in the country part of the year.

It would be an understatement to say that a 10-year judgment call puts an award like this in a class of its own. But it is exactly 10 years that Suckling has been tasting and visiting wineries all over the world, which makes the choices he announced last night well worth noting. In the case of Masseto, the honor goes far beyond the winery and its stunning new underground spaces framed by soaring slabs of concrete that double as art. The wine itself—every vintage a hauntingly pure expression of the one small vineyard on the famous hill—makes a case as the best Merlot in the world.

Moving from Winery to Wine of the Decade, Suckling gave the nod to South America, where he spends about a month every year tasting. His pick, though, is a joint (and pedigreed) venture between France’s Baron Philippe de Rothschild and Chile’s Concha y Toro: Almaviva—specifically the 2017, a Cabernet Sauvignon–based blend that also includes a generous amount of  Carménère (an old Bordeaux variety that resurfaced in Chile, where it was long thought to be Merlot) and splashes of Cabernet Franc, Petit Verdot, and Merlot.

Almaviva 2017 was named the wine of the decade.  Courtesy of Almaviva

“It gives me enormous pleasure to recognize the Almaviva 2017 with our highest honor,” said Suckling. “Over the last 10 years, we tasted more than 100,000 wines [he has a small team of tasters], and this wine distinguished itself with its great structure and fantastic aging potential, as well as its iconic position for Chilean wines. It’s the second ‘perfect’ [i.e. 100-point] wine from this excellent winery, after the great 2015 Almaviva.”

Any winemaking team that repeats a perfect-100 score two years after its first deserves no small recognition. And indeed, Suckling’s Winemaker of the Decade last night had a hand in making that wine: Philippe Dhalluin, managing director of Baron Philippe de Rothschild, who oversees such prestigious wines as First Growth Château Mouton Rothschild, Napa Valley’s Opus One, Château Clerc Milon, and Chile’s Almaviva. Dhalluin has been credited with fine-tuning grape-selection processes in the vineyards and dialing-in vinification in the cellar, in the cause of elegance and finesse.

Suckling is one critic who offers collectors and aficionados more than scores, awards and tasting notes. He’s positioned JamesSuckling.com as an event platform as well as wine-media brand. Following this Great Wines of the World event, he’ll be taking his favorite wines from “the Boot” on the road with a Great Wines of Italy Grand Tasting Tour (pity there’s not enough Masseto in the world to go around), kicking off in Dallas on February 26, with stops following in Beverly Hills, San Francisco, Chicago, New York City and Miami.