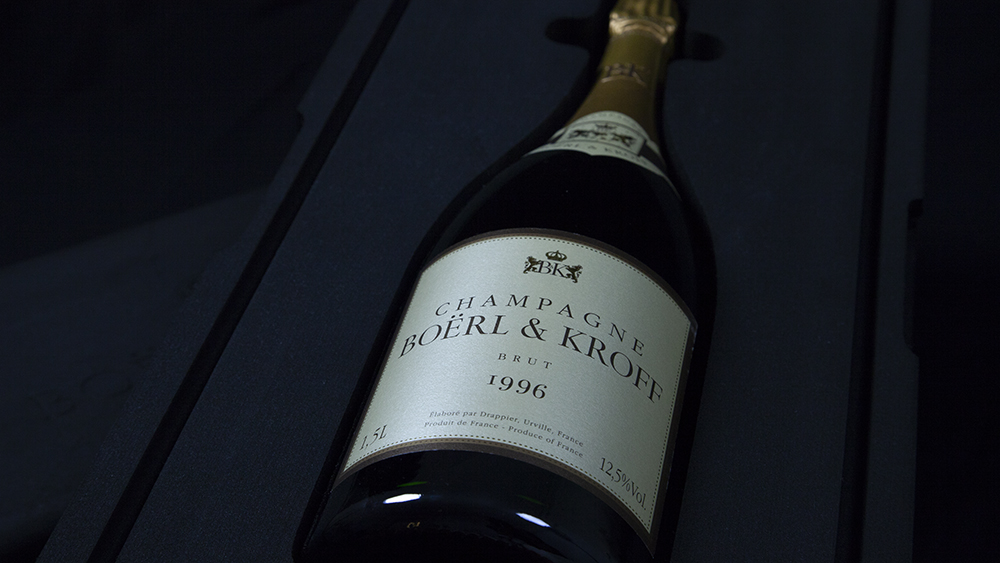 At the upcoming Christie’s wine sale in London on November 28 and 29 will be some recognizable characters. A rare bottling of the Glenlivet Winchester Collection 1967 Vintage whisky—with its characteristic whispers of peaches and almonds—will be sold alongside wines direct from the cellars of Spain’s famous producer La Rioja Alta. Also on the list will be magnums of Champagne Boërl & Kroff spanning 1996 to 2006, with estimates ranging from $3,602 to $4,500 per magnum, with a jeroboam of the 1995 coming in at a princely $12,222 to $14,150.

Boërl and who? At a recent lunch in the Christie’s boardroom, many industry members were also baffled. Over a starter of smoked salmon, three exceptional vintages were sampled—the 2002 was a standout—yet few of the gathered had even heard of this producer.

So how do they slip into one of the most prestigious wine sales, and for such jaw dropping prices?

Rarity is the answer, with vintage- and magnum-only production. Only between 2,500 and 3,000 magnums are produced in an exceptional vintage and the estate makes wine in only the very best quality harvests.

But who is this elusive maison? Enlisting the expertise of Champagne producer Michel Drappier, founders Patrick Sabaté and Stéphane Sésé began their mission in the mid-1990s to create a Champagne with a “distinct aroma and with a complexity and intensity known only in the best wines of Burgundy and Pomerol.” Using three 2.5-acre parcels of land planted with a majority of Pinot Noir, where the Drappier family once used to make a special cuvée (for Charles de Gaulles no less), they are known for their practice of very long aging on the lees (12 years-plus) before disgorgement and release.

The first he tasted was their 1995 vintage, which was a superlative wine. “I was very impressed by the aromatics and concentration of flavors, and the finesse and precision that is the hallmark of the top Champagnes,” he adds.

And why only magnums? “They are the perfect size for two, particularly when the second guest never comes,” chuckled Sabaté at the luncheon.