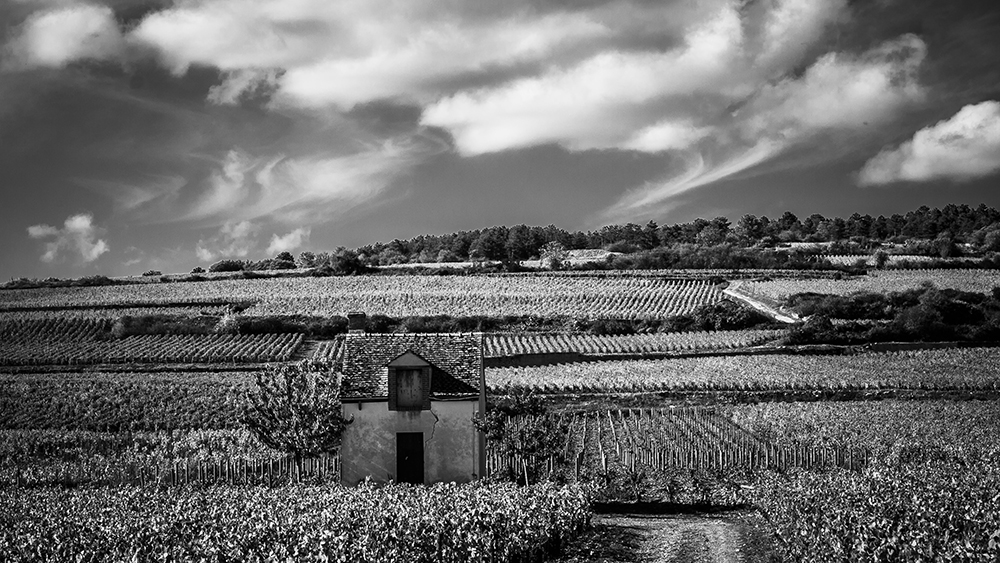 For wine people, Burgundy is a kind of Eden, a place where the gods conspired to bring together the raw materials of perfection. That sense of divinity isn’t a stretch.

At least that’s the bedtime story we like to tell ourselves—and with good reason. This part of France is enjoying a moment of quality and extraordinary success. In the past two decades, Burgundy has been the birthplace of some of the most expensive—and collectible—wines. Liv-ex’s Burgundy 150 index, which tracks resale prices of the region’s most actively traded bottles, has risen 450 percent since late 2003.

But that success is the result of a painful few decades. In the 1980s, Burgundy was still an insider’s wine—hard to understand, often hard to drink. While the 1982 vintage revived Bordeaux’s fortunes, the Côte-d’Or remained closed to most outsiders.

This was not an auspicious time in Burgundy. Yields had been rising for decades, as growers made their vines more productive with fertilizer and heavy-bearing clones—good for quantity, not quality. Widespread fraud persisted even into the ’80s: thin, sour wines bulked up with stocky, tannic grapes from down south, or blends that stretched or abused appellation rules. The market was stable, but it became clear to the Burgundians that these old ways weren’t working. The thought was that red wine especially needed to be flashier—more hedonistic, as the critic Robert Parker might put it.

Grapes from Burgundy used to make wine.  Courtesy of Alasdair Elmes on Unsplash

But how? Of all grapes, Pinot Noir didn’t lend itself to power.

There were a few ways to solve this problem. Some tried to grow riper grapes, but it’s a northerly region, and global warming hadn’t yet shown itself in obvious ways. So a lot of Burgundy flirted at the edge of ripeness, with too many green, raw flavors that I still taste in wines from that era.

What about a fix in the cellar, then? That became popular, thanks in particular to the guidance of oenologist and consultant Guy Accad. He became an influential voice for winemakers in the 1990s who dreamed hedonistic dreams.

Some of his advice, like a return to higher-density vineyards, turned out to be useful correctives. But it was his advice in the cellar that, unknowingly, may have put the reputation of many Burgundy reds at risk.

The Accad method involved far riper grapes—not inherently a bad thing. But they were then dosed heavily with the preservative sulfur dioxide, often twice the typical amount, and soaked for as long as several weeks at low temperatures, to extract every last bit of flavor and tannin. This extended “cold soak” has become common, but Accad took it to extremes. He promised a deep, purplish wine, believing color an indicator of perfect development. The wine was then aged for years in mostly new oak, a familiar choice today but one usually balanced with second-use barrels.

The resulting wines certainly made a splash. Heady, tannic, gushing with fruit, many received exceptional ratings. “When my father was working, Burgundians were trying to get known in the world,” recalls Arnaud Mortet, who runs one of the top properties in Gevrey- Chambertin. “There were always two or three domaines per village charging more, trying to make an impression.”

The good vibes didn’t last. It became clear, after the millennium, that these efforts rarely aged well. When I encounter many red Burgundies from that era now, they’re either too diluted (a holdover from bad farming) or just monotonous. An aura of oak and inky fruit is all that’s left. No layers.

Burgundy realized it had to retrench. Its whites were already being reined in, becoming less flashy, more acid-driven, more age-worthy. Thankfully, over the course of the 2000s, its reds, too, reverted to a lighter and more subtle style.

The result of these growing pains is visible as a new generation takes charge, young vignerons like Thibaud Clerget of Volnay and Amélie Berthaut of Vosne-Romanée. They understand Burgundy is hardly as unchanging as we perceive it to be. Indeed, its wines from the 1700s would barely be identifiable today, usually a mix of white and red grapes akin to a dark rosé. We think we know it, but Burgundian style has shifted repeatedly over the past two centuries.

So nothing is constant, not even in Burgundy. And those growing pains had their benefits: Farming today is leagues better; organics are widespread. And if Burgundy was known for its heartbreak— one majestic bottle to four miserable ones—its average has improved a lot. (It better have, given the prices.) When pressed, even the Burgundians acknowledge that the excesses of the late 20th century set them on the right path.