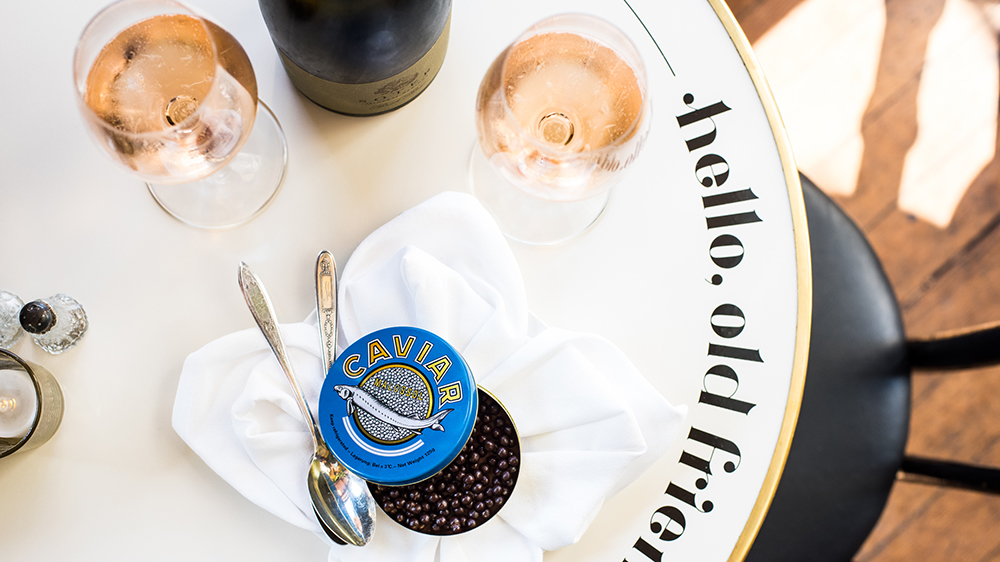 Riddle me this: Does New York really need another Champagne bar? When it promises a deep library of reserve bubbly and rare wines, the answer is a wholehearted yes. Some sparkling wine lovers (i.e., us)  will say there can never be too many. San Francisco’s beloved Champagne bar, the Riddler, will open its second outpost in late September.

Helmed by founder Jen Pelka, the Riddler New York will feature more than 100 Champagnes, including an extensive selection of rare bottles and Special Club Champagnes. Highlights include Krug’s Clos du Mesnil ($3,000), Dom Perignon’s  2000 P2 ($875), Salon’s 1997 Blanc de Blanc Le Mesnil ($1600) and even a Charles Heidseck from 1949 ($3,000). The list will also include handful Champagnes by cult producers such as Michel Fallon, Jacquesson Selosse and Prevost and hard-to-source wines from grower-producers.

Pelka’s favorite daily sippers will also be on the menu. The Blanc de Blanc from Pierre Peters is “a perfect “breakfast champagne” with soft scrambled eggs and caviar,” she says.  “I also love the minimal intervention wines of the single-vintage, single-varietal, single-vineyard Champagnes of the young Cedric Bouchard.

The gallic touches continue throughout the Riddler’s design and aesthetic, executed by the team at Roy and starchitect Richard Lewis. Reminiscent of a chic Parisian bistro, the space has elegant arched doorways and stately molding details. Both the wooden back-bar and café tables were handmade in France and artfully complement the banquettes and seating. As with the San Francisco location, the raw bar remains the focal point, while antique cutlery and unique Champagne buckets—courtesy of Pelka’s intercontinental treasure hunting—give an eclectic edge.

The venue’s moniker hints to the type of dedicated service one can expect: It’s nothing to do with a cryptic word puzzle nor that cheeky Batman villain—it actually relates to a technique employed in the sparkling wine industry called riddling. The riddler regularly twists the bottles back and forth to ensure the Champagne remains sediment-free and maintains a clear, crisp color. Of course, there’ll be a few riddlers working their magic at the Champagne bar to ensure your palate gets the best.

Notable is that the bar is entirely backed by women—investors include former editor-in-chief of Gourmet Ruth Reichl and editor-in-chief of Cherry Bombe Kerry Diamond—and Pelka is doubling-down on that theme. Like its West Coast counterpart, the Riddler’s core team and collaborators in New York are primarily female. Even that riddling process we mentioned earlier was invented by a woman, Madame Clicquot.

“We all have a shared vision to spread the love of Champagne far and wide and to create the best Champagne bar in the country. We’re looking to create a place that is both a neighborhood hangout and a wine lover’s destination,” Pelka says.

The neighborhood of which Pelka speaks is the West Village—and it’s fast becoming the city’s hottest dining hub after experiencing a flurry of openings this year. The Riddler sits on the corner of West 4th and Bank, which is Pelka’s favorite corner in the Village, and will open sometime in September.

Check out more images of the food and wine at the Riddler below: