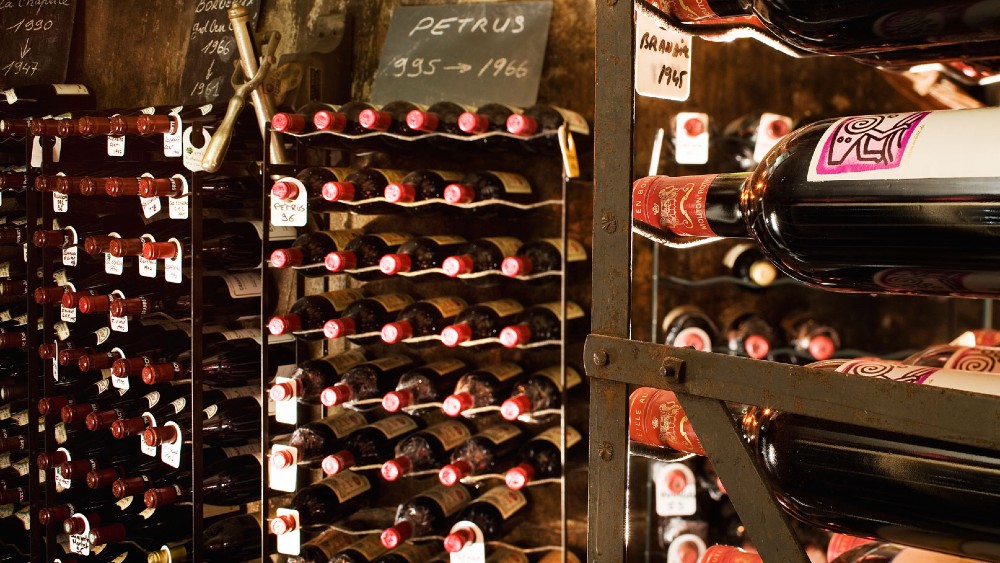 The Parisian wine world is in shock after a sophisticated robbery earlier this month saw thieves make off with hundreds of thousands of euros worth of vintage vino belonging to a Michelin-starred restaurant.

Crooks are believed to have stolen more than 150 bottles of wine from the 50,000-bottle cellar of the two-star Maison Rostang sometime on the night of July 1, reports Newsweek (via Grub Street). The restaurant, which is located in the north-eastern 17th arrondissement near the Arc de Triomphe, has been previously praised for its “magnificent” and “particularly interesting wine list.”

The next day, the staff came into to find the bottles missing and a 20-inch hole in the wall of the cellar, which was in the process of being renovated. Police believe the thieves first broke into a nearby section of the city’s famed Catacombs, from which they drilled into the cellar. That wasn’t the only sign of planning, either, as the culprits seemed to know exactly what they were looking. Over half the bottles were old vintages from the Domaine de la Romanée-Conti region in Burgundy, while others were from of top Bordeaux estates Lafite Rothschild, Latour and Petrus. The resale value of the bottles is estimated between €400,000 and €600,000 ($450,000 to $675,000 at current exchange).

“We are very hurt by this theft, because this collection has taken 40 years to build,” chef-restauranteur Michel Rostang said in a statement. He confirmed that the restaurant would remain open while police conducted their investigation.

This may not come as a surprise, but Paris is no stranger to big money wine thefts. Two years ago, thieves used the Catacombs to gain access to an apartment from which they stole 300 bottles of fine wine valued at about $250,000. Prior to that, in 2009, police arrested a French man suspected of having stolen more than 500 vintage bottles from restaurants throughout the city.