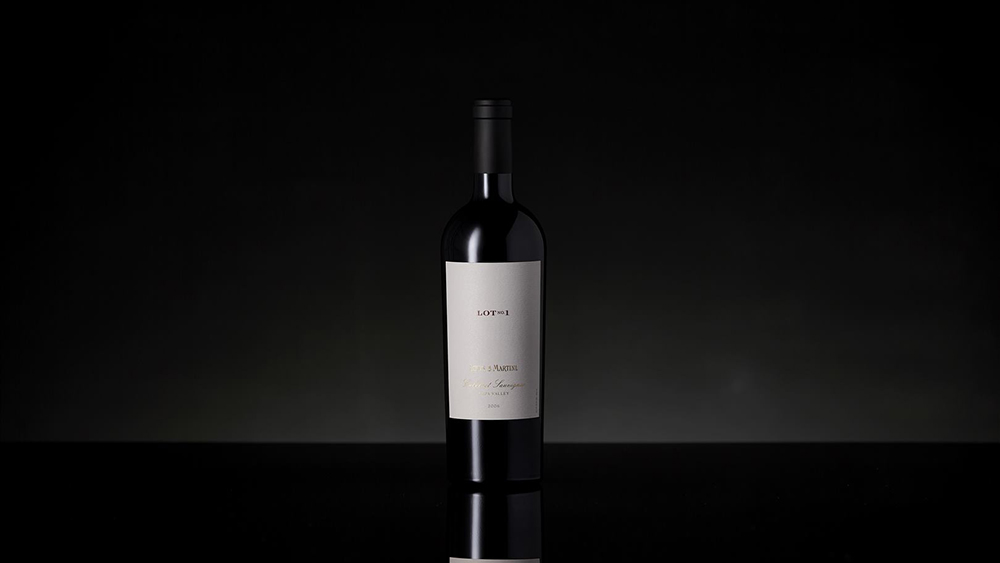 In 1948—long before the term “small-lot winemaking” was bandied about among all top producers—Napa Valley pioneer Louis M. Martini separated out what he believed to be the best five percent of his Cabernet Sauvignon and bottled it as a “special selection.” By the late 1960s, his son, Louis P., began identifying top blocks in the vineyard itself and made the wines from those vines separately, naming and bottling them according to parcel. Finally, in 2003, Michael Martini, third generation winemaker of this cornerstone Cabernet house, opened “Cellar 254,” a facility at the historic Louis M. Martini winery in St. Helena, completely dedicated to vinifying small lots, with all the bells and whistles necessary to ferment and age micro-productions.

Martini’s top wine—aptly (if less than imaginatively) named “Lot 1,” and often called Napa Valley’s first cult wine—is a beneficiary of Cellar 254. If you have a bottle of the Louis M. Martini 2006 Lot 1 in your own cellar, pour it with dinner tonight. It’s ready for you. Interestingly, the 2006 isn’t 100 percent Cabernet Sauvignon: It has a four percent splash of Petite Sirah in it. More in line with tradition, the wine spent 22 months in French oak, all of it new. And now, after more than a decade in the bottle, that oak is entirely integrated, lending a subtle spice rack to the wine’s impressive complexity. The tannins are still firm—age-worthy yet—but the crushed-herb, flint, and leather secondary layers emerging under still-fresh and juicy dark fruit put this Lot 1 in a beautiful spot.

Such graceful aging is cause enough for a toast. But in fact, more than a few glasses of the 2006 Lot 1 were lifted recently for another celebration at the 1933 winery, which, to be honest, had become a little long in the tooth. (It was the first Napa winery to open after Prohibition, after all.) The reason for the party? This week, Louis M. Martini is opening its doors on a complete remodel. The Gallo family, who have owned the winery and vineyards since 2002 (the two Italian families have been friends all these generations), worked with architect Howard Backen, who knows his way around an old winery as well as anyone in Napa, to preserve what has been much loved about the place while facing it forward as an icon of Napa Valley’s future.

Mission accomplished. The familiar terra cotta tile walls have been preserved, as has the ancient underground cellar (care was taken to retain original walls). But towering glass panels aboveground pull light into modern tasting spaces and offer a view behind the bar into the barrel room. The winery is already taking reservations for a range of tastings that will make the most of both the old and the new settings. The Underground Cellar Experience ($250 per person) will surround guests with those 85-year-old walls and underscore the pioneering small-lot theme here by combining some great releases (overseen now by director of winemaking Michael Eddy, who worked for a decade under Michael Martini) with pairings from winery chef Jeffery Russell. Or you can explore the impact of vintage in a Library Tasting ($150) in the Founders Room, with a sommelier who will curate a tasting of library wines and barrel samples based on your interest.

But about that bottle of 2006 Lot 1 you’ve just pulled from your own cellar … Chef Russell has just the dish for it: grilled American Wagyu striploin with charred cippolini onions, braised Swiss chard, smoked-potato purée, Périgord truffles, and natural Cabernet jus. (Easy, right?) “The richness of the Wagyu beef,” Russell says, “plays well with the soft, elegant tannins of the wine, while the char on the cippolinis highlights the barrel contact from the wine’s time in oak casks.” He’s not taking any risks by stopping there. “After we grill the steak, we finish it in a hot oven on some barrel staves we sourced from our winemaking team, which we’ve scorched over an open flame. This really gives the steak a lot of depth and character, and creates the perfect bridge to the Lot 1.” But wait, there’s more—“We finish the dish with freshly shaved Périgord truffles, which creates a symphony of aromas.” While you may not have the barrel staves at home to finish your stead, we stand by the beef pairing for the wine.

If your cellar lacks the Louis M. Martini 2006 Lot 1, there’s no time like the present to start bringing in younger, equally worthy vintages (currently $175). The 2013, for instance, elicited a perfect 100 from The Wine Advocate … But who’s keeping score?