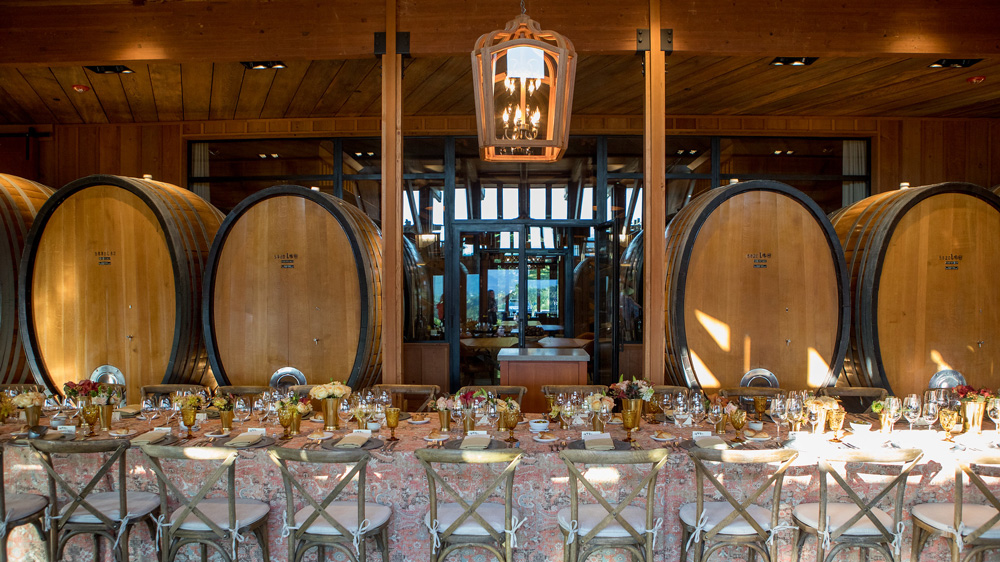 There will be no tables inside tank rooms or cellars, no big tent, no vying for wine trips of a lifetime this June in Napa. Avid wine auction goers know that Napa Valley’s now-40-year-old version is a tapestry of festival-like tastings, intimate dinners hosted by the region’s top vintners, and, of course, several hours of intense, good-willed bidding under a big top on the grounds of Meadowood, followed by a celebrity chef–hosted dinner for upwards of 1,000 people. It’s a playground for wine collectors, and the lots donated each year seem bent on topping those from the last—luxury African safaris in the company of legendary vintners, Italian sojourns in private villas followed by dinner back in Napa Valley, hosted by the donor.

The scenario is hard to imagine now, just a few short weeks into a crippling global health crisis. And, in fact, the 2020 event scheduled for June is a casualty (among many) of that crisis. The Napa Valley Vintners has announced that this year’s auction, set to be held in early June, has been canceled. Linda Reiff, president and CEO of NVV, puts the cancellation into perspective: “The most important priority right now is for everyone to care for their families, employees, and communities.”

Of course, a critical part of the auction’s community is the network of programs it is set up to serve. Over the last 40 years, the Napa Valley Vintners has been able to donate $200 million to community health and children’s education. This year, especially, when emergency needs are likely to be high, a lapse in funding would be devastating to many of the normal beneficiaries of Auction Napa Valley proceeds. So the vintners association has pledged to dig into a reserve fund they keep for just such a time, and donate at least at last year’s levels. “The NVV will do everything it can to help take care of our community,” says Reiff.

And the auction will be back, to bid for the cause in real time. The Araujo family, staying on as chairs, invite you to plan for Auction Napa Valley 2021, June 3 to 6 next year. Expect vintner members to outdo themselves with creative lots.