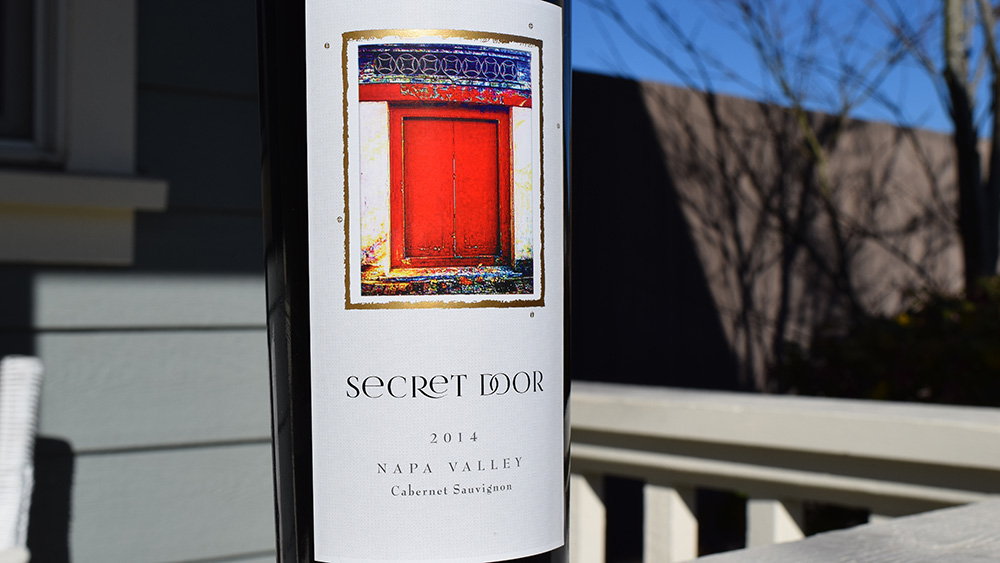 Donald Patz knows a thing or two about keeping secrets. The winemaker could have retired after the sale of his Patz & Hall wines to Washington State’s Ste. Michelle Wine Estates in 2016, and many oenophiles might have thought he did. But Patz has been quietly (and passionately) pursuing three new projects, one of which made its second public debut earlier this month at the first Four Seasons Maui Wine and Food Classic: Secret Door.

The first vintage of Secret Door, a beautiful 2014 Cabernet Sauvignon, has its own little secret behind it, but Patz isn’t willing to break his word of honor (or NDA) to tell it. He had originally planned to begin the project with the 2017 vintage, which is in barrel now, awaiting a fall 2019 release.

But then opportunity knocked in the form of the unusual sale of a few barrels of first-press, high-quality Cabernet Sauvignon from a Napa producer (who will remain unnamed) that had been intended to go toward the seller’s $300 bottle wines. “I could have waited to start with the 2017,” Patz says, “but this once-in-a-lifetime opportunity came available. I’ve never seen anything like it. When you get this kind of opportunity, you can’t miss it. It’s just too good.”

The 2014 wine was already in barrel and came from two lots on the eastern side of Napa Valley: Lot X is from a flatter, rockier parcel, and Lot Z is a steep mountainside vineyard. He and his team kept thinking they would blend the two, but each time they tasted them, the wines were different enough—and delicious enough—on their own. So Patz decided the two lots should be bottled separately.

Lot X, which I tasted for the first time at the March event, had herbaceous and spice notes alongside the berry flavors. The tannins were soft and approachable, already drinkable, but there’s enough structure—this is a Cab after all—to age for the next decade or so. “That’s what got me excited,” Patz says. “The wine already had that signature Cabernet flavor”—not the big overripe fruitiness for which Napa has come to be known, but perhaps a purer expression of the grape, which is a style that Patz was already leaning toward producing with Secret Door. While approachable now, he says, “For me, the Z seems like it might be the longer lived, but it’s difficult to predict.”

Both lots are available for $170, a price that Patz admits as being high for something new just out of the gate. But the wine is likely worth more than that, and this vintage will be one of a kind, never to be repeated, so perhaps, a collectible. They were aged in new oak barrels and fined with egg whites, softening the tannins just the right amount. He bottled just 300 cases of Lot X and 200 cases of Lot Z.

What Patz will repeat is his intention with Secret Door: always 100 percent Cabernet, from grapes grown only in Napa Valley. “We have no problem getting Cabernet ripe every year in Napa,” he says. “It loves Napa. I live in California. I love California  wines and want to make California wines. I do believe that 100 Cabernet from Napa is better than 100 precent Cabernet from Bordeaux. They don’t make them. And there’s a reason they don’t make them.”

Patz says that a lot has been made of the so-called Golden Age of Napa Valley in the 1960s, but having consumed those wines then, he doesn’t believe they were any better than the ones we drink now. They’re just different. With Secret Door, he says, “I’m shooting for a modern approach to the Napa Valley. Less ripeness. Great texture and flavors, but not overripe. It’s a trick to get it right. That overripe style has been done.” He’s looking to make wines that are refreshing, he says, including reds.

For the 2017 and 2018 vintages he sourced grapes from two sites, one in the heart of the Stag’s Leap district and the other from a tiny parcel on the mountainous Sage Ridge Vineyard, east of St. Helena. The Stag’s Leap will be a signature wine, Patz says, with “sleek tannins, complex aromatics.” One of the qualities he admires in wines from that AVA is that they are appealing when young, but can still age.

Patz can’t help but miss his old friends Chardonnay and Pinot Noir—the wines he made with Patz & Hall—but he relishes the chance to make them differently. His second new project, Maritana Vineyards, aims to do just that when the first batch is released in October. For this project, Patz zeroed in on Sonoma’s Russian River region. “It has amazing soils and experienced growers who understand what it takes to make great Pinot and Chardonnay here. It’s consistently one of the best if not the best region for these varietals.”

While he’s sourcing grapes from some of the go-to farmers he worked with at Patz & Hall, such as the Duttons and Charlie Chenoweth, he’s going for a very different style of wine. “It’s been a blast to rethink the Chardonnay with fewer new barrels,” he says. “We bought one-year-old barrels. Not because we couldn’t afford new ones—we can—but these will have a more delicate impact on the wine. Russian River Chard shows better when treated gently.” He’s producing three 2017 Chardonnays, one blend and two single vineyard editions.

For the Maritana Pinot Noir, he’s been experimenting with using native yeasts and whole clusters—that is, including stems when crushing a percentage of the grapes. What he’s going for right now is all about the scent. “That Pinot perfume,” he says, “is so haunting when you hit it right, you pauses. You just want to smell this wine. That’s what I want.” Mature stems can also help fix the color on Pinot Noir, he says, and add a slight peppery background note.

His third project, Terminim, Patz jokes is “the end of the road for me.” Named for Terminus, the Roman god of boundaries and borders, this is the wine with which Patz has drawn his line—no more projects for him. He hadn’t planned on a third, but then a friend connected him to Northern Rhône winemaker Francois Villard who was interested in collaborating on a California project. Patz admits that going to look at vineyards is akin to taking a peek at golden Labrador puppies—irresistible. So when he went to Mendocino to inspect a few potential sites, he was sold.

Under the Terminim label, the pair is producing a white wine, which is available now, a Roussane and Marsanne blend, and then a Syrah that releases May 1. These will be small runs of just a few hundred bottles each. Patz has never worked with these varietals before and is enjoying the both learning curve and working with Villard. “I feel like the chef from Ratatouille,” he says, always asking what’s next, and texting back and forth over each new aspect of the recipe.