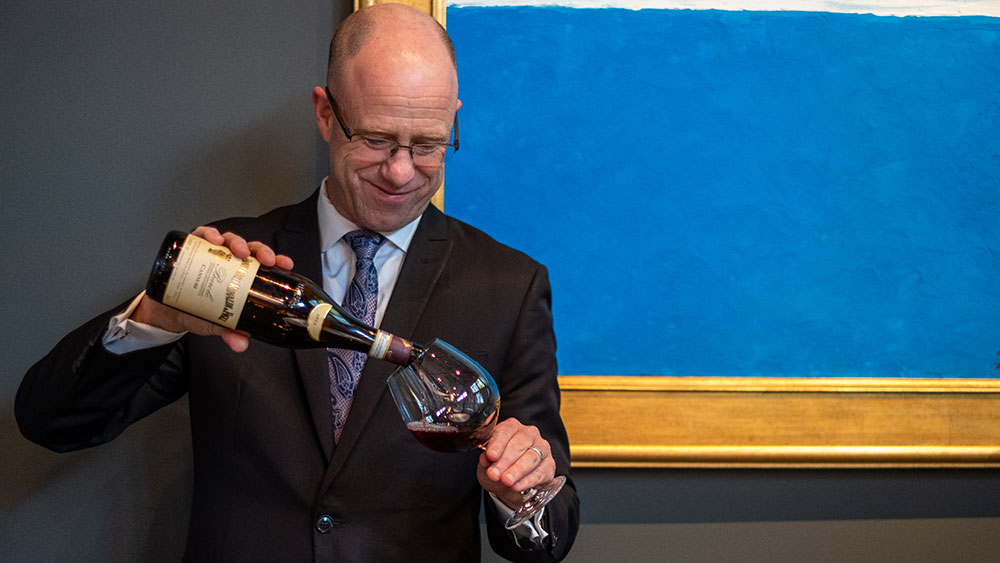 When restaurant dining rooms in California were ordered closed in March, first in the Bay Area and then throughout the state, three-Michelin-star Manresa in the tony Los Gatos community south of San Francisco did what so many eateries of all stripes did—superstar chef David Kinch began offering takeout in the form of a daily Manresa Family Meal To-Go. His menus are far from the exquisite lineup of courses regulars were accustomed to, but what’s not to like about meatloaf with roasted carrots, crimini mushrooms, creamy polenta, mixed green salad (with Green Goddess dressing), Parker House rolls and chocolate chip cookies from a three-star chef? A few modestly priced bottles from the wine list were available to order as well.

But as a revenue stream, the $50 or so per-person Manresa charges for the to-go meals left a gaping chasm beneath the $300 diners normally paid for the multicourse chef’s menu (plus significantly more for wine). Wine director and Master Sommelier Jim Rollston is clear-eyed about the financial devastation the restaurant was up against. “When we had to close the dining room,” he says, “we not only lost our only source of revenue, but since we pre-sell our reservations, we had to cancel and refund at least three weeks’ worth of sales for pre-paid tasting menus and wine pairings. We were draining our bank account in an incredible way.”

And so Rollston made the decision to sell wine. “I really wanted to open up the entire list for collectors to take advantage of, as I had fielded plenty of requests over the years for some of the hard-to-get wines we had accumulated.” And he made the choice to sell the list below open-market or restaurant dining room prices—even letting rarities from the cellar go for less than they would on the secondary market. “We had to get some cash flow quickly,” he says. “I contacted some of our regular guests who were collectors, and we had a tremendous response. Numerous Bay Area collectors came forward to support us as our world turned upside down.”

One of Manresa’s prized bottles.

Sure, it hurt a little. “Selling our last bottles of dry Riesling from Klaus-Peter Keller was extremely hard. The wines are so beautiful and so hard to come by. Which is why they were the first wines everybody asked for!” Now, given the success of moving a significant number of Manresa’s valuable bottles, Rollston’s biggest worry is the strength of his wine list coming out of this, when the dining room can open again. He’s clear-eyed about that too: “The wine list will simply not be the same when we get back,” he says. But he’s hedged his bets, protecting many wines, not taking the stock to zero even when he could. “It’s worth remembering, too,” he says, “that the focus of collectors is on a really narrow band of wines, and the list of wines nobody has yet asked about is like a Murderer’s Row of top names—Ridge Monte Bello, Krug … I like to focus on how much great wine we still have to sell, rather than on the ‘cult’ trophies that might be gone.”

In fact, Rollston is facing down a different landscape, looking at what he calls the “economic carnage” going on in the world at the moment, with long-term repercussions for the restaurant industry. “We will be missing some great wines,” he says, “some expensive wines that would sell very easily. But really, the question for me is, What appetite will there be for gastronomic dining at the highest level? Will there be people in the restaurant? And will they be drinking wine?

It’s his hope. “As much as I love working with the rarest, most expensive fine wines on the planet,” he says, “it’s working in a dining room face-to-face with guests, finding the right wine for their evening that ‘works’ for me.”

In just a few short weeks, restaurants around the country have begun opening their cellars and letting bottles go to good buyers. It’s a rare opportunity for collectors, but at a time when the restaurant industry is reeling, it’s also a channel for supporting favorite restaurateurs and sommeliers. It’s safe to say that few collections are as deep as Manresa’s, but it’s worth checking in with the pros who oversee the cellars you admire the most.

Now, too, there’s a tool for finding restaurants in your area that are making their wine lists available, from affordable favorites to collectible treasures. Started just several weeks ago by a tech-savvy entrepreneur in New York, Coast App, Takeout COVID was a map-based website to help New Yorkers find great restaurants selling from their lists in just the one city. But the app is open-sourced, so cities, and restaurants, around the country have added themselves, and local searches in many metro areas are now possible—and promising.