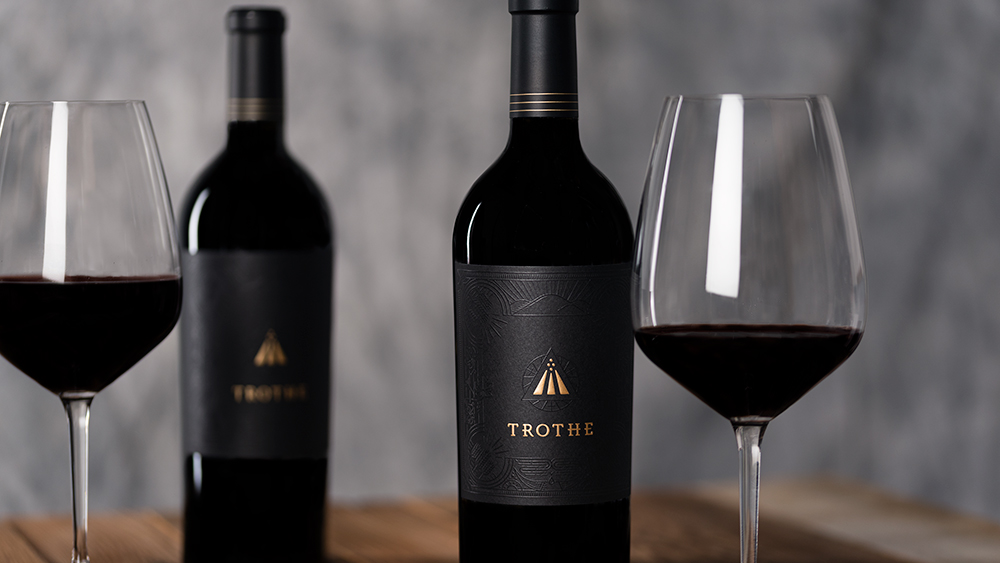 Very often, a sentence that begins with “Washington State wines” ends somewhere in this territory: “offer great value compared with their peers in the world.” That, of course, is a good thing for wine lovers, and is generally true. Winemakers in the upper left corner of the lower-48 have capitalized on the longer hours of sunlight during the growing season, large diurnal temperature shifts, great soils and dry conditions east of the Cascades that allow them to fine-tune irrigation, to produce pure-fruited, structured reds that can stand up to any in the world (and they have). The downside to the value proposition is that it throws a smoke screen in front of the quality side of the ratio, creating the perception that Washington’s best reds must not be quite as good as the best from other regions because they’re a skosh more affordable.

One newly minted vintner in the state—but fourth generation in a family of growers—aims to change that. Jeff Andrews, whose family farms some 1,300 acres of vineyards in the Horse Heaven Hills AVA (“30 miles from everything,” he says), maintains simply, “We feel that wines from Washington are extraordinary in quality, and they need to be priced according to those at the same table in the world.” And with his 2018 Trothe, he set out with purposefulness to create a benchmark wine that deserves to be on that table, asking—with winemaker Ray McKee, former red-wine-maker for the state’s behemoth Chateau Ste. Michelle—“what would happen if we held ourselves to the highest standards in the winery?”

The wine that happened, the 2018 Trothe ($190, available in 3-packs for $570) is balanced right on the lovely edge of richness and freshness. Its high-toned floral aromas, layered with black raspberry, cherry, unsweetened cocoa, sweet spices and savory herbs, are alive with crushed-rock minerality. The palate is vibrant but dense, with fine-grained tannins creating beautiful textures and juicy black cherry and currant lingering forever on an elegant finish.

To create a wine like this, according to McKee, you need a top site and a great grower. He knew from experience that Andrews Family Vineyards embodied both because, as he says, “I had been pulling fruit from here for top Ste. Michelle wines for years. When Jeff asked me to come onboard, it took me about a nanosecond to agree.” And the discussions began: What would it entail to make a top-flight wine? “I had always wanted to do everything you need to do to make the wine you want,” says McKee. And Andrews was a very willing partner.

For Trothe, McKee not only has the ability to select the best blocks from the family vineyards, but even the best vines. In the cellar, his intention is to showcase the exquisite character of those blocks and vines—and the character of the variety itself—not engage in any coverups. “Why would you over-extract an elegant vineyard site?” he asks, “Or smother it with tons of new oak?” His goal, he says (managing to make it sound supremely simple), is to capture all the site gives you. A key part of what that entails is matching fermentation techniques to blocks of fruit—fermenting one block, for instance (block 3, since you asked) in concrete to capture esters and accentuate its natural freshness and acidity. Another (block 98, the hottest site on the estate) needs long maceration in oak to pull out the depth and density of its base-note core. The blend (100 percent Cabernet Sauvignon in this inaugural vintage, although they do have the ability to incorporate Merlot as well) achieves a Cabernet goal, rich in tannins but bright with acidity. “We didn’t want to mimic anyone—not Bordeaux, Napa …” says McKee. “You embrace what Mother Nature gives you. And with great sites and great growers, she always gives you the top expression of any vintage.”

Horse Heaven Hills is already a player in some of Washington’s great bottles. Quilceda Creek’s Palengat Cabernet is sourced from the AVA, and fans of Passing Time, the high-profile winery owned by NFL quarterbacks great Dan Marino and Damon Huard, know that one of his top Cabs hails from Horse Heaven Hills as well. (Respected critic Jeb Dunnuck gave the Passing Time 2018 Horse Heaven Hills Cabernet 98 points.) Adding Trothe to that winners’ circle, Andrews wants to remind people what can come from here, he says. And maybe earn a seat at the big kids table worldwide.