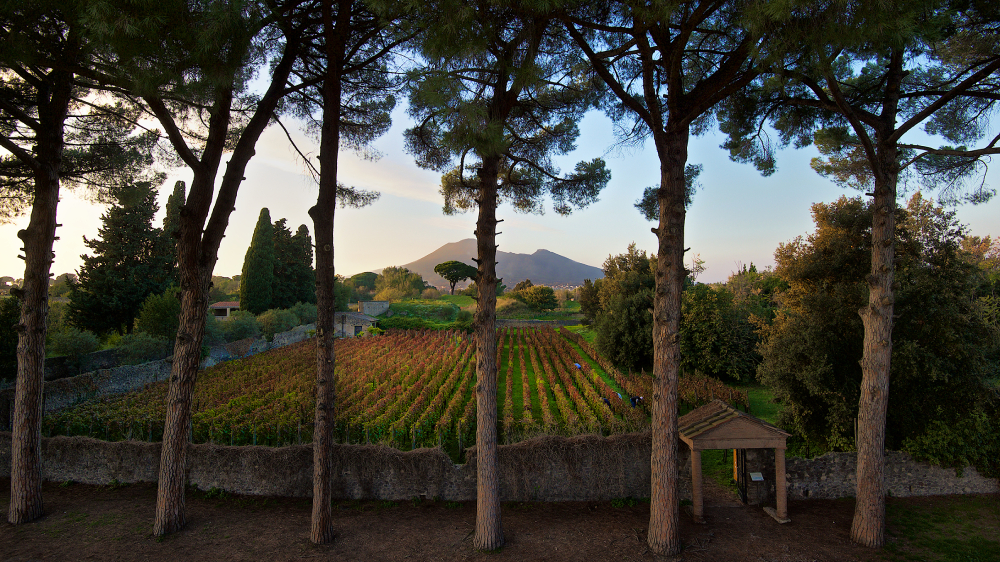 Volcanic soils cover less than one percent of the Earth’s surface, yet wines from grapes cultivated on the slopes of ancient volcanoes have a sizable reputation among oenophiles. Thanks to the fertile, mineral-rich soils, volcanic wines have a distinctive profile that leans toward the savory, with herbal notes and touches of salt and brine. Here, five regions bringing the heat.

WHAT TO KNOW: Home to the only active volcano on the European mainland, which famously destroyed Pompeii and Herculaneum in 79 C.E., this Neapolitan region is known for the red Aglianico grape as well as three white varieties: Falanghina, Fiano and Greco di Tufo. Both red and white wines here are noted for ripe fruit flavors, distinct minerality and notes of dried herbs.

Grown within the walls of Pompeii, this is a blend of grapes farmed by the ancient Romans: Piedirosso, Aglianico and Sciascinoso. Its cherry and black-plum flavors are joined by notes of thyme and sage, all enveloped in mellow tannins.

WHAT TO KNOW: Vacationers come for the island’s stunning crystalline seas and picturesque white-and-blue villages, but Santorini is really one big farm. Low-profile Assyrtiko grapevines are wound into large, wreath-like shapes called ampeles, which shade the berries against strong winds and hot sun while the leaves help retain moisture from the holes dug into soft, black volcanic earth.

Proprietor Paris Sigalas is credited as the visionary who saw the untapped potential in high-quality Assyrtiko. This single-vineyard bottling has concentrated flavors of grapefruit and pineapple and a salty, smoke-tinged finish.

WHAT TO KNOW: At a half-million years old, Clear Lake is not just the county’s namesake but the oldest lake in the United States, and its Red Hills Lake County AVA sub-region sits at the base of the extinct, 4,300-foot Mount Konocti, which last erupted 11,000 years ago. The red soil in this area just north of Napa Valley is lauded for producing exemplary Cabernet Sauvignon and red blends.

The soil of Hawk and Horse’s vineyards, which are certified biodynamic, is filled with chunks of quartz known as “Lake County Diamonds,” which were formed during long-ago lava flows. The 2015 Cabernet Sauvignon is full-bodied, with blackberry and cassis flavors and notes of butterscotch and tobacco.

WHAT TO KNOW: Much of Hungary’s surface is volcanic, and underground hot springs abound. The Telkibânya Volcanic Dome Field, which straddles the Slovakian border in the northeast, is responsible for the iron-rich soils in the country’s most renowned region, Tokaj-Hegyalja, the birthplace of sweet Tokaji wines and dry Furmint.

The Szt. Tamás hill is one of over 400 volcanoes that dot the region. This ethereal sweet wine is full on the palate, offering flavors of nectarine, orange marmalade and honeycomb, with brilliant acidity and a muscular, mineral core.

WHAT TO KNOW: Established in 1968, Etna DOC was Sicily’s first official wine region. Its modern red blends offer rich mouthfeel and Mediterranean herb notes. About 10,900 feet high and covering 460 square miles, Mount Etna is the preeminent feature of northeast Sicily, and nearly 300 producers grow indigenous red and white grapes on the black soils that lie in sight of the volcano’s frequently smoking cap.

Cultivated on the north side of Etna in the Montelaguardia district, this 100 percent Nerello Mascalese derives its complex texture from the mountain’s sandy lava terroir, offering luscious flavors of raspberry and blackberry, with notes of nutmeg and river rocks.