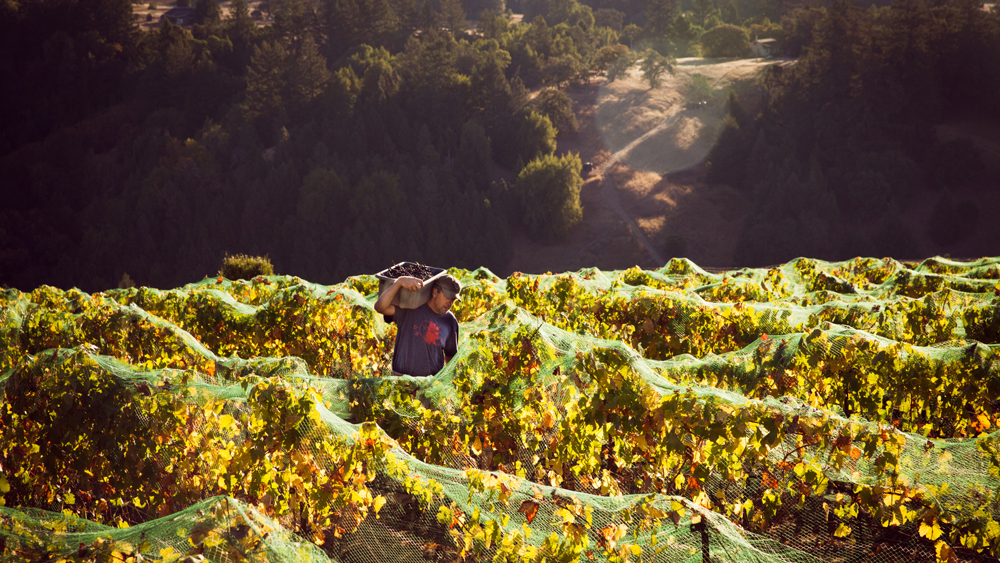 You’re sitting for the theory portion of your final exam for the Master of Wine credential, and the question is, “Describe the essential character of a Pinot Noir from Sonoma Coast and explain that profile in terms of topography, soils and weather patterns.” Your bad for blanking on every part of that question? Absolutely not. The Sonoma Coast appellation sprawls across Sonoma County, from just west of Highway 101 to the actual coast—a region so diverse as to be almost meaningless to its distinctive parts. And those parts are distinctive. A Pinot Noir grown on a ridge so close to the ocean that the vines shiver until the sun comes up (and sometimes even then) has a vastly different profile from one grown much farther inland, away from that refrigeration unit that is the Pacific Ocean.

In fact, the Sonoma Coast has long been an argument for drawing lines within existing, broadly defined regions, for carving out and embedding smaller AVAs that have their own markers. American Viticultural Areas exist, after all, to set wines grown within their boundaries apart from the wines grown outside those boundaries.

The wines there are different because of the soils, geographic features and climate patterns. Often all of the above. And, of course, there’s precedent in Sonoma Coast: Russian River Valley, drawn within the larger footprint, has recognizable character. And the Green Valley of Russian River valley (a mouth- and label-filling moniker if there ever was one), embedded within that, claims its own distinction.

Yet to date, one of the most distinctive swaths of vineyards in the larger region—a narrow north-south strip hugging the actual coastline—has had no identity of its own. Labels can only say “Sonoma Coast.” To set the unique conditions there apart, vintners there (some of the most highly acclaimed in Northern California—Hirsch, Failla, Flowers, Joseph Phelps …) started calling their side the “True Sonoma Coast” or “Far West Sonoma Coast.”

Soon, though, this chilly, remote, rugged strip of a region will have its own name—West Sonoma Coast. And the country will have its most important new AVA. About a decade ago, a band of six vintners launched a concerted effort to document the distinctions (no small task) and earn this much-needed official designation as West Sonoma Coast. “We always knew we needed to bring clarity to consumers,” says one of the pioneers, Carroll Kemp, proprietor and winemaker at Alma Fria (and former partner and winemaker at Red Car). “We needed to carve out the AVA that ‘Sonoma Coast’ should have been in the first place.”

Peay is nestled on the north end of the new region.  Photo: courtesy Peay

Another of the original champions, Andy Peay, describes why he and his brother, Nick and winemaker Vanessa Wong (now married to Nick) were the first to put vineyards in the ground in the northern reaches of the region in the late 1990s, in spite of the fact that folks said “Don’t go there. It’s too wet, too cold”: “We wanted to make wines of place,” says Peay, “elegant and aromatic, not fruit bombs.” What they’d found in the wines already growing slightly farther south of the claim they staked, in the now-official Fort Ross–Seaview AVA, nestled in (soon-to-be) West Sonoma Coast, were more floral notes combined with savory elements—hints of dried pine needles, tea and lots of acidity. “Nervy wines,” Peay calls them. Sure, they get ripe fruit character, but their goal at Peay is to balance it in harmony with earthiness and floral qualities. It’s a style that partly drove the AVA endeavor—what the vineyards within the boundaries they drew deliver in common. And in this cold, maritime climate, he says, “things don’t take off, sugars don’t spike as they do at the end of the growing season with offshore winds in the Russian River Valley.” They pick their Pinot Noir and Chardonnay (and Syrah!) in West Sonoma Coast much later, with evolved tannins and acids that have “come around,” as Peay puts it.

Kemp describes three sub-regions in West Sonoma Coast: the northern area around the whistle-stop of Annapolis (where the Peay team planted their flag), the central portion that is Fort Ross–Seaview (already an official AVA) and the southern section encompassing the tiny towns of Freestone and Occidental. Along with proximity to the “great cooling engine” that is the Pacific Ocean, it’s about elevation on the ridges—the higher, the warmer (a function of the fog line and inverted temperatures). “Think of it as a pirate ship,” says Kemp. “The middle mast is the tallest. That would be Fort Ross–Seaview [think more sun, more fruit]. Annapolis, to the north, is lower, and Freestone in the south peters out into the foothills.”

The outlines of what will likely be an official AVA region soon.  Photo: courtesy West Sonoma Coast Vintners

Kemp’s Alma Fria 2017 Holtermann Vineyard Pinot ($60) expresses the cool climate with resiny herbs, wild fennel and damp loam under spiced berries, with impressive texture and structure. Peay Vineyards 2018 Pomarium Estate Pinot Noir ($60) showcases the floral/savory combo that team Peay came in search of, with black tea and mushroom notes (but absolutely do not miss Peay’s cool climate–stamped La Bruma Estate Syrah). The list of other compelling producers here is notable: along with the aforementioned Hirsch, Failla, Flowers, and Phelps, Ted Lemon at Littorai has dug his shovel in the region, as has Paul Hobbs. Freeman Vineyard & Winery showcases its capacity beautifully in its Akiko’s Cuvée Pinot, and Red Car zeros in on Fort Ross–Seaview with a silky-textured estate Pinot. And joining these acclaimed producers is a threesome of old friends who actually grew up in the southern reaches of the region—the “Occidental boys,” they’re called—behind the new-ish Senses brand, with Thomas Rivers Brown making their wines. Their B.A. Thieriot Vineyard makes a gorgeous case for West Sonoma Coast Chardonnay.

Why the “coming soon” asterisk on the AVA? In mid-March of this year, when the coronavirus effectively shut down so much business across the country, West Sonoma Coast had been poised to become the newest official AVA in Northern California. Sadly, the rubber stamp widely expected after the years of due diligence was put on hold, legally speaking, by the TTB—the US Alcohol and Tobacco Tax and Trade Bureau, responsible for approving new regions. But when the agency’s priorities are set right again, West Sonoma Coast will almost surely be the first on the docket. Bottles might say just Sonoma Coast at the moment, but hopes are high that the “West” distinction will soon mark the wines’ signature of place: an earthy balance, savory and sweet at once, and across the board, vibrant, complex and long.