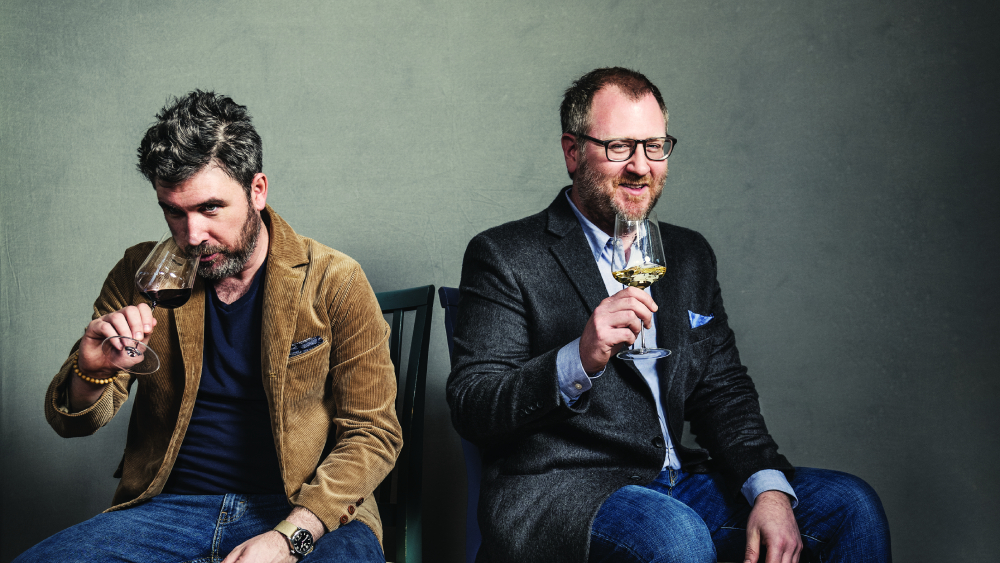 Dan Petroski was named San Francisco Chronicle Winemaker of the Year in 2017, after wowing picky Napa palates with an unlikely new winery: Massican, a champion of white-winemaking in this red-dominated region. He followed an unusual path to Napa, logging stints playing football at Columbia and working on the business side of Time Inc. ¶ Sonoma-based Dan O’Brien is the owner and winemaker at Gail wines. ¶ They became friends in 2009, when O’Brien was working as a sommelier at buzzy restaurant Cavallo Point. Petroski stopped by for a drink, and the pair ended up trading stories about obscure Italian orange wines.

“We share a blue-collar background,” Petroski says. “We’re not from classic wine families or land owners. We grew up drinking beer in the park.

“Neither of us is classically trained or has gone to school for winemaking. Our forte has been blending wines and finding grapes, not being technically savvy or going by the book. We just think, ‘This is what I want to drink because it’s great.’ It comes out of creativity.

“The thing I really adored about Dan? He was all about providing drinkers with a great, quality experience that always over-delivered for its price. I love his outlook. He’s a wine geek, but he still treats everyone the same.

“I named my flagship wine Annia, after my mom. After my parents split up, she would go shopping every Saturday morning and buy a bottle of red wine to last the whole week. She would drink a glass every night, with ice cubes. When I started Massican, it was 100 percent white wine, kind of to fuck with her. She called and said the first white wine she would have was the one that was named after her. And when Dan started his project, he named it Gail, to pay homage to his mom, who passed away earlier than she should have. Then when he started to expand, it was family-focused too: He named the next one after his great-aunt Doris.

“He has two brothers who work in the wine industry, but I think of myself as almost part of the family, a stepbrother.”