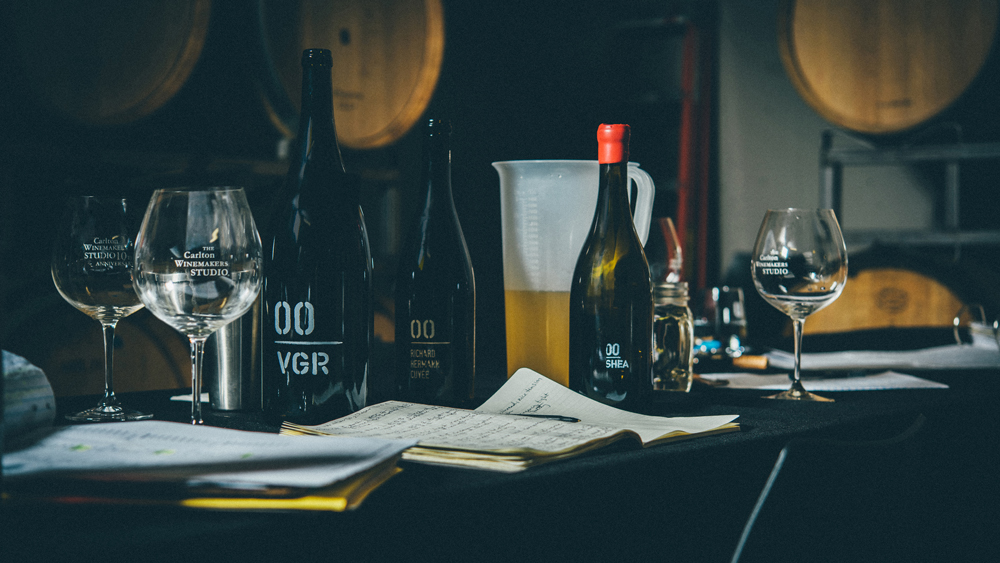 The numbers don’t lie—Chardonnay is one very popular wine. Nielsen reports that in 2019, sales of the variety in this country crushed those for Cabernet Sauvignon, accounting for 18.6 percent of wine purchased in food stores and large outlets compared to 15.1 percent for the favorite red. And yet, there’s no more divisive wine than Chardonnay. A generation of white wine drinkers in the US grew attached to the big whiff of butter and oak on the nose of popular “California-style” Chards, while a backlash from self-described connoisseurs scorned that plump profile and championed white Burgundy’s tauter, more minerally iterations instead.

As the style wars raged and the ABC (Anything But Chardonnay) movement took hold, a wine region one state to the north—Oregon’s Willamette Valley—was quietly honing its clones, vineyard sites and farming practices and has now emerged as the source of Chardonnays that rival white Burgundies for vividness, nuance and even minerality. In fact, says Master Sommelier Larry Stone, CEO and founder of Lingua Franca—and partner in the winery with Burgundy’s legendary Dominique Lafon (the two were formerly partners at Evening Land as well)—“The big surprise for me and for Dominique, when we first began to produce wine in the Willamette Valley was that the structure and flavor complexity of Oregon Chardonnay grown on shallow, rocky volcanic soil was so similar to the Côte de Beaune.… When we secured the lease on Seven Springs Vineyard in 2007 for Evening Land, we were of the opinion that only one vintage would be produced before it was grafted over to more Pinot Noir. But after that first harvest, the first news I had from Dominique was that we needed to plant more Chardonnay!”

Stone is quick to add that “the structure and flavor complexity are nearly identical to Burgundy, but certainly not the flavor itself.” While the best Chardonnays from the cool (or at least cooler than California) Willamette Valley might share an electric energy, level of nuance and marked savory quality with great Burgundy (a broad-stroke brush, to be sure), their fruit flavors speak clearly of the New World.

That the Willamette Valley, which long ago earned ranking among the world’s top Pinot Noir–producing regions, is excelling with Chardonnay too should come as no surprise. The white enjoys side-by-side star billing with the red in their traditional home of Burgundy, France. The only question is: Why did it take so long?

Stone points to Willamette Valley’s birth as a wine region, in the late 1960s and 1970s. “Then the selection of material for planting had to be based on clones and cuttings brought from California. Some of these worked for Pinot … but the single dominant Chardonnay clone propagated in California, called 108 at the time, had been selected for its longer hang time. In rainy, cooler Oregon, this didn’t work out.” Then, too, the vines were generally widely spaced, over-cropped and trellised badly. Eventually, so-called “Dijon” clones were introduced and today there are a dozen Chardonnay clones from Burgundy available for Oregon vineyards, according to Stone, “all acclimatized to the weather pattern and short season typical for the Willamette Valley and Burgundy.”

Producers are also selecting sites for Chardonnay with vastly more knowledge about the effect of soils, microclimates and aspects on the wine (With more than 200 wineries producing the variety in the state now, data points have multiplied exponentially). For instance, explains Stone, “shallow soils based on hard but fractured basalt increase the intensity of floral, savory and mineral components and reduce the big impact of fruitiness. The roots of the vines pass through the two to four feet of topsoil and seek water in the cracks in the bedrock basalt layer. This increases the complexity, vibrancy and length of the Chardonnay as well. Deeper soils, such as Jory, make more powerfully fruity wines.”

And finally, taste is catching up to Oregon’s capabilities. “In the 1980s and ’90s,” says Stone, “the critics and the consumer favored big oaky, buttery Chardonnay that just wasn’t possible to produce successfully in the Willamette Valley.” He recalls that even quite recently, some people told them that they “missed the mark” by picking too early, in other words capitalizing on the freshness that Chardonnay can achieve there in balance with ripe—but not overripe—fruit. “One grower forbade us to use the name of his vineyard in our Chardonnay labels or materials, as a winemaker friend had told him our wine would taste like green beans or asparagus!”

It’s fair to say that Dominique Lafon hasn’t made his name on green beans and asparagus, in Burgundy or in Oregon. But it’s only fair, too, to point out that as Willamette Valley winemakers were polishing their Chardonnays, top California producers were narrowing the style gap with their own site selections based on intricate knowledge of terroir, minutely matching farming to site, picking earlier to retain more mouth-watering acidity and using new oak much more judiciously, for more integrated, elegant character.

Still, most California regions where Chardonnay is grown—even if winemakers have chased the coolest edges—get a great deal of warm sun, translating to sweeter-seeming fruit flavors and fleshier wines. Oregon Chards are the antidote, with tension, minerality and savoriness offering an exciting new balance for pretty New World fruit in the country’s favorite white.