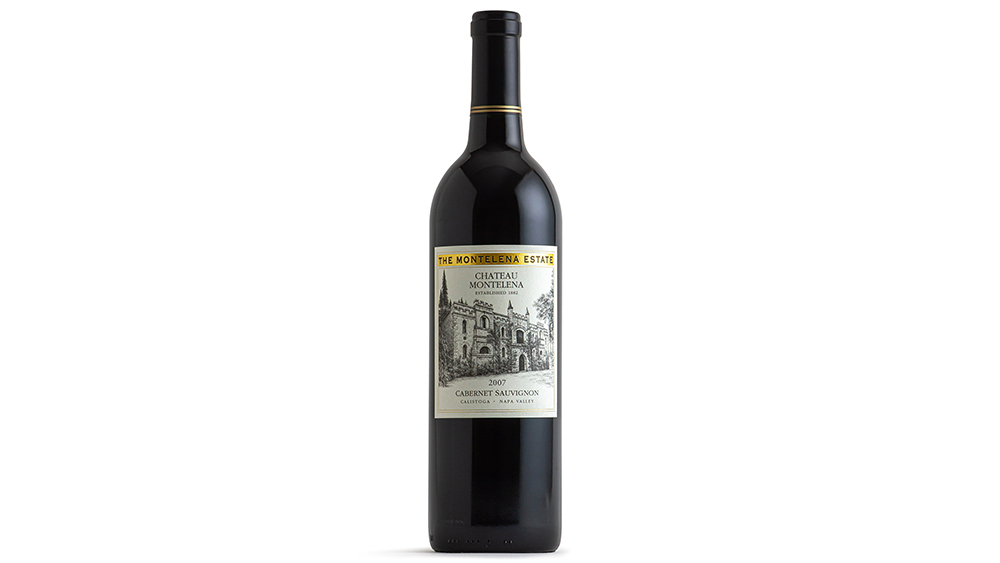 One of the coolest—and most confounding—things about wine is that it’s alive. It was captured at a moment in time when it went into the bottle, but it continues to change. It might evolve into something a few years down the road that offers beautiful aromas of fruit compote and a bouquet of dried flowers, complex and intriguing layers of flavor and smooth, integrated tannins that say more about the vineyard and vintage than obvious flavor descriptors. Or it might have gone belly-up and just be limp and tired, with little left to say at all.

That’s true even for Cabernet Sauvignon, generally known for its longevity. We asked a couple of winemakers whose bottles famously blossom over time what they’re stuffed with in the first place, how they set up a wine to age and what makes a bottle of Cab at its peak a wonderful thing.

Just because you can age a wine, should you?

It’s a running joke that the average bottle of wine is aged just as long as it takes to get it home from the supermarket. Every good joke contains a kernel of truth. The average consumer is broadly familiar with lively fresh fruit flavors in young reds, but not so much with the dried fruit and earthier notes of slate, loam and tobacco that tend to emerge over time. The short of it is, many wine drinkers just like young wine better.

Matt Crafton, winemaker at Chateau Montelena, whose reds famously unwind and evolve in beautiful ways, makes a good case for changing that: “It’s sort of like the first time I tasted fresh, homemade mozzarella,” he says. “I had no idea such a simple cheese could be so good. After that, the grocery store string cheese didn’t quite work.” Crafton admits he’s a little biased about Montelena’s older bottles, but his description is compelling. “There’s a period,” he says, “when the character of the vineyard, the vintage and the winemaking harmoniously meld. And it’s unique to that specific wine and, in some cases, that bottle. And in some wines, it’s a single spot.” Clearly, collectors see that spot as worth pursuing; Chateau Montelena’s older vintages have many fans. And the winery now gives all consumers the chance to taste the moments of earlier years captured in the bottle: With every new release, they re-release a vintage from 10 years prior and library tastings are part of a new program onsite.

Maya Dalla Valle, winemaker now for the namesake Napa Valley winery her mother, Naoko Dalla Valle, shepherded so well for so long, won’t say that a 20-year-old wine is inherently better than a two-year old one, but she champions the journey. “Some of the best things in life come with patience,” she says. “To me, aging beautifully is about achieving an elegance and alignment within the wine, where all the elements harmonize in the glass and create an experience that is transportive. I love the ethereal, fleeting nature of wines that are perfectly matured. Enjoying a perfectly aged bottle really makes you slow down and appreciate each nuance of flavor and texture, as well as the level of work and care that went into making it.”

How do you know if a specific wine is ageworthy?

The old saying “You can’t make a silk purse out of a sow’s ear” might have been coined with wine in mind. You can’t expect a wine to have more to say over time unless it came from a good place, a vineyard with a track record for long-lived wines (and, it should be added, a life well-lived; as Crafton says, “The goal isn’t just for the wine to endure, it actually needs to get better.”). The next layer of markers involves a sensory trial—you do have to taste the wine! The traits generally considered the tripod of longevity are complex flavors, a firm tannin structure and lively acidity. Dalla Valle describes it this way: “When evaluating whether a wine will age well, I consider the structure of the wine as well as the depth, complexity and concentration of flavors and overall liveliness. A good hallmark of an age-worthy wine is being able to open a bottle and drink it with family and friends over an evening, and discovering something new with each smell or taste.”

Do cooler vintages produce wines that will age better?

The “lively” part of the aging equation suggests wines from cooler years that allowed the fruit to retain good levels of acidity will fare better over time. But that, argues Crafton, is too simple. “I’ve tasted plenty of cool-vintage, under-ripe wines with terrific aging potential that I’ve had absolutely no interest in saving.” While the two main drivers of ageability in his book are site and vintage, he cites the need, after that, for a winemaking team to harness that potential in some methodical ways—and some not so methodical. “It’s easy,” he says to descend down the rabbit hole of wine pH, potential alcohol, titratable acidity and tannin. But there is definitely a little magic (maybe randomness) that we can’t quantify or define.” Sound like a crap shoot? Not with established winemakers that have a history of producing wines that age well.

Can winemakers make Cabernets that are great young and after cellaring?

Old-school wisdom had it that serious reds started out life with dominating, angular tannins, a tightly closed nose and general rambunctiousness that needed time in the bottle to smooth into civility. Talk to any maker of top-notch Bordeaux-style wines today and they’ll tell you that every vintage they produce is perfectly ready to enjoy on release. They have to say that (all those bottles aging in the back seat of the car on the way home from the grocery store). Yet they promise rich rewards for collectors too, willing to forget the wine in their cellars for a few years.

The truth is, no amount of time will fix an awkward wine. And vineyard and cellar techniques have advanced to such a degree that winemakers can come very close to delivering on the promise of deliciousness now, as well as down the road. Dalla Valle puts it this way: “I believe that a wine cannot improve without first having structure, vibrancy, balance and an innate elegance that makes itself known through time.” The 2011 Dalla Valle Cabernet Sauvignon Napa Valley (amazingly, still available; $180), from a very cool year, carries that innate elegance 10 years on. Its gravelly character and supple tannins persist, still fresh and vibrant. High-toned aromas from a hefty splash of Cabernet Franc still share space with briny minerality. Dense, dark fruit is born of the earth. Balanced then, balanced now.

Crafton defends anyone’s right to consume a good bottle of wine as soon as they like. “There’s nothing wrong with wanting to just pull the cork and enjoy in this ‘just in time’ world,” he says. His goal is to make both that—and evolution in the bottle—possible. “We operate with much more precision in both the vineyard and the cellar than we used to.” That’s thanks in no small part to technology—the ability, for instance, to remove all the stems from the fruit during processing, something that wasn’t possible 20 or 30 years ago and led to early astringency.
(No wonder people put those bottles aside for a while.) Likewise, he says, there’s a better understanding of ripeness today, from a holistic perspective, past sugar levels to flavor and mouth-feel, among other things. Real ageability, though, is a steeper hill to climb. “Wines destined for longevity race on a different track.”

What’s an example of a wine that has aged well?

The Chateau Montelena 2007 Cabernet Sauvignon (Calistoga), which will be re-released this summer ($225), has mastered that longevity track. While the original notes from the winemaker (Cameron Parry at the time) run along the lines of “Huge, powerful; ripe black cherry; rich, round and juicy; classic structure of fine-grained tannin and firm acidity,” the wine is in a moment of beautiful integration of all of that today. The black cherry has mellowed to a lovely compote and is joined by layers of earth, slate, dried tobacco and a sachet of dried florals. The early lively spice seems more like a dusting on toasted nuts now. And the formerly firm structure of tannin and acidity—holding the wine together still—is a backdrop for the unfolding flavors of a very good year from some very good land. A compelling argument that it’s far more than a break-even proposition to lay down a promising bottle of wine from a trusted producer and a great vineyard.